FACT is joining forces with Lunchmeat Festival and Berlin-based DJ, producer and artist Dasha Rush to present Aurora Cerebralis, her latest audiovisual project. We caught up with her a few days before she presents the piece at Prague’s Planetárium to discuss the new project, her practice as an audiovisual artist and how her career as a techno DJ fuels her desire to think bigger.

Dasha Rush is the definition of a multidisciplinary artist. Flitting from techno set to ambient album to large-scale audiovisual project, her artistic output is not so much defined by genre or discipline but more by an omnivorous curiosity regarding the world around her. Take her newest project, Aurora Cerebralis, which sees Rush teaming up with digital artist Alex Guevara to meld sound and generative graphics in order to transform Prague’s Planetárium into an audiovisual representation of the inside of the human brain. Initially inspired by psycholinguist and neuroscientist Tatiana Chernogovskya, the piece soon took a turn for the existential, as she explains: “Someone asked me, ‘What is it about?’, and I realised it’s not about the brain at all, it’s about god.”

Aurora Cerebralis, the title of which is a tongue-in-cheek reference to the northern lights, can be understood as being in dialogue with one of the artist’s previous audiovisual works, Antarctic Takt. For that piece, which was borne out of a desire to “freeze” the pillars of Berlin’s monolithic Kraftwerk building, Rush and visual artist Stanislav Glaszov used a mixture of projection and live performance to take the audience on a guided trip through the desolate wastes of the Antarctic. Debuting at Berlin Atonal in 2014, the project was conceived as an escape, a rejection of the tumult of Europe’s dance music capital. For Aurora Cerebralis however, Rush is exploring the most intimate parts of human consciousness. Rather than dreaming of escape, she is broadening her interior horizons and travelling to the galaxy of neurons that can be found in all of us. 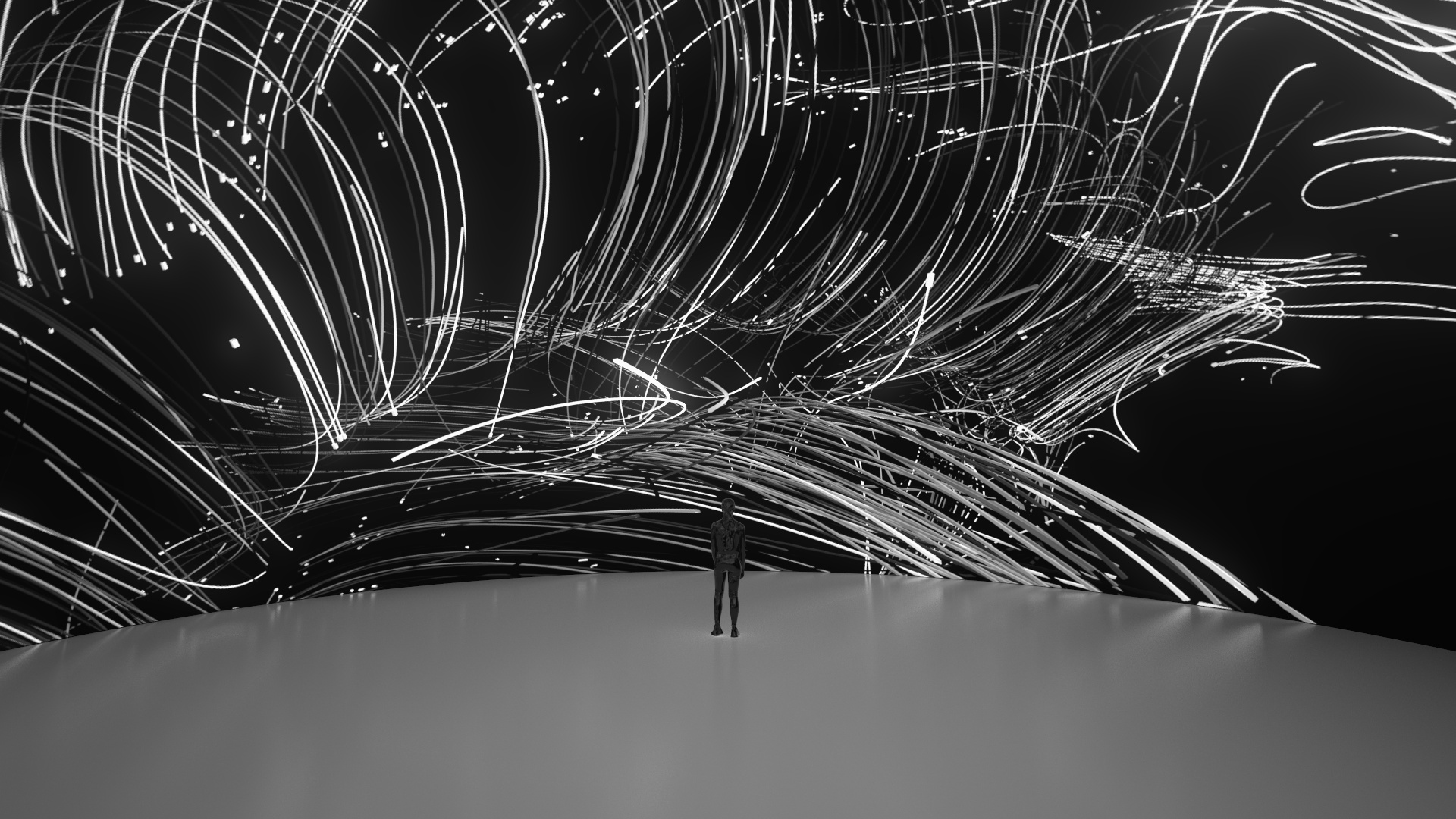 Can you tell me a little bit about Aurora Cerebralis?

Aurora Cerebralis was developed from the visual idea of people sitting inside the brain. The narrative starts by looking at a neural network, but then becomes a bit more abstract and crazy. At first it was a bit more scientific but now it’s more artistic because it’s just so technically complicated to actually detect the waveforms and the activity of the brain with a helmet in a large space.

So it started like that, with some kind of helmet picking up actual brain waves from someone’s head?

Ideally it would be several helmets. We would then transfer the data and the visuals would react to the brain activity – stimulation from stimulation. But it’s just not technically possible yet, it would be way too expensive. For now it’s just a visualisation of the brain and then we play with your perception inside it. Your ear and your eye are following the same pattern of neurons, they are synched, but at some point they desynchronize so your brain has to readjust – you don’t notice this, it’s a very tiny moment – your ear starts following the left side while the image goes on the right side and the result is this subtly trippy effect.

And it’s you that’s in control of this desynchronization?

Yeah, so basically I write the scenario – how it will progress. We have certain scenes: particular bursts of neurons, another scene which relates to a hallucinatory process where the visible forms become actual forms, a distortion section where the brain receives an overflow of information and shuts down and then there is this God question, but I’m not gonna tell you what happens exactly! We didn’t include it at the premiere because this God phase, shall we say, wasn’t ready, but for Lunchmeat I guess we’re gonna be ready! It’s a suggestion of God, in which we tried to generate the face of everybody, the most generic face, that pops up to kiss the audience. Like God’s kiss! 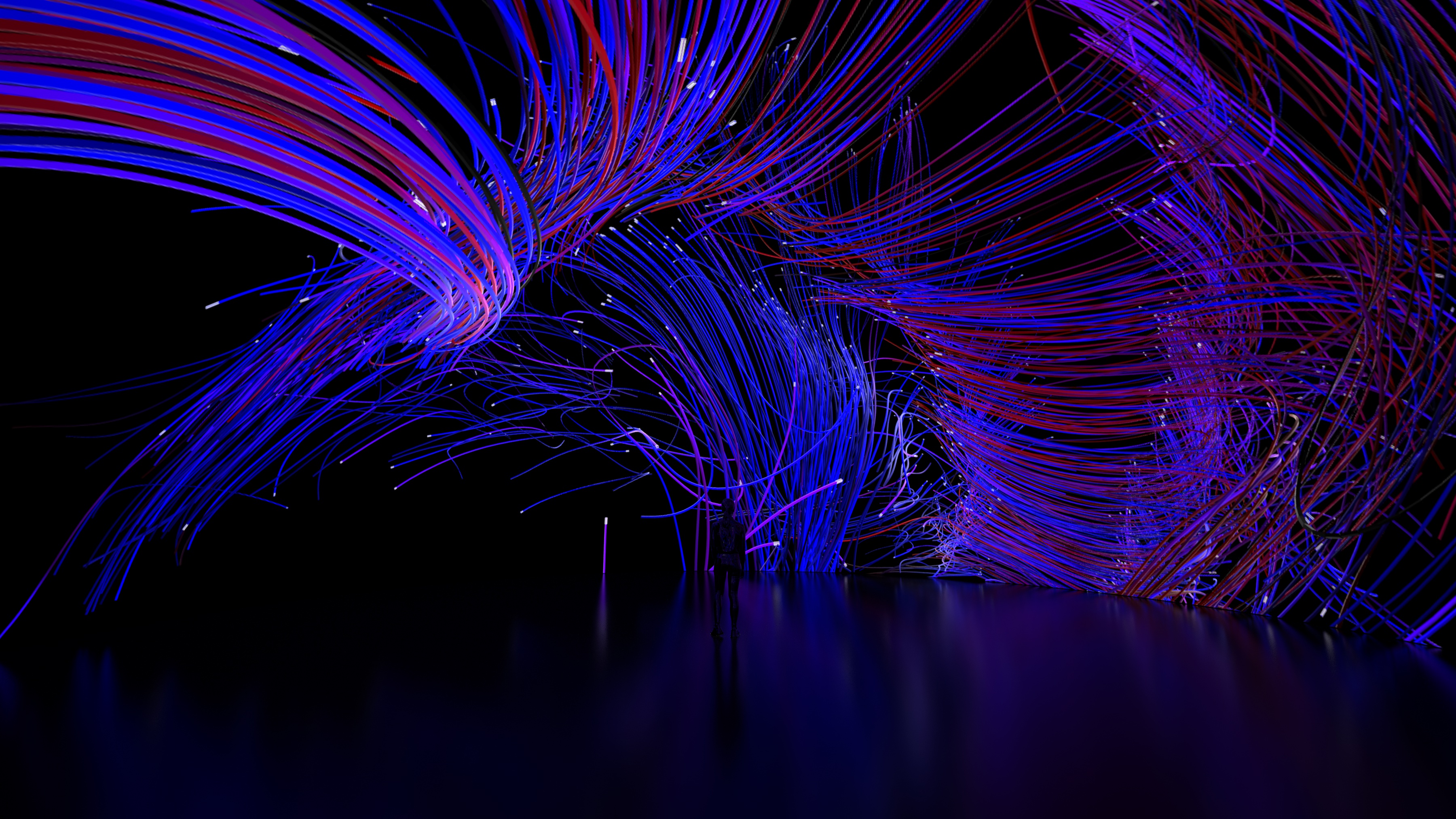 Is there always a visual component to your ideas when you conceive of an audiovisual project? Or does it start with the music?

It depends, for Aurora Cerebralis it was more visual because it came from a visual question: ‘How could you travel inside the brain?’. I was imagining neurons as essentially a galaxy I could travel to. In other projects, like Dark Hearts Of Space, it comes from the music. I wanted to work heavy silence or really low-end frequencies into a composition. But I think that just making a record with some low-end and silence would make people think: “well, it works conceptually, but…”. So I think visualisation helps.

Do you approach making techno records and working on audiovisual projects from a totally different place? Or can the same idea become one thing or the other?

I think it’s interconnected somehow. Sometimes I feel like it’s a totally different thing but then if I look back it’s actually the same process for me, if I really try to analyze it. I think it’s the same process of creating anything, music or visuals. With audiovisual projects it’s a bit more engaging, you kind of have to get the concept a little bit – but it doesn’t mean that if you don’t get the concept you won’t enjoy it. 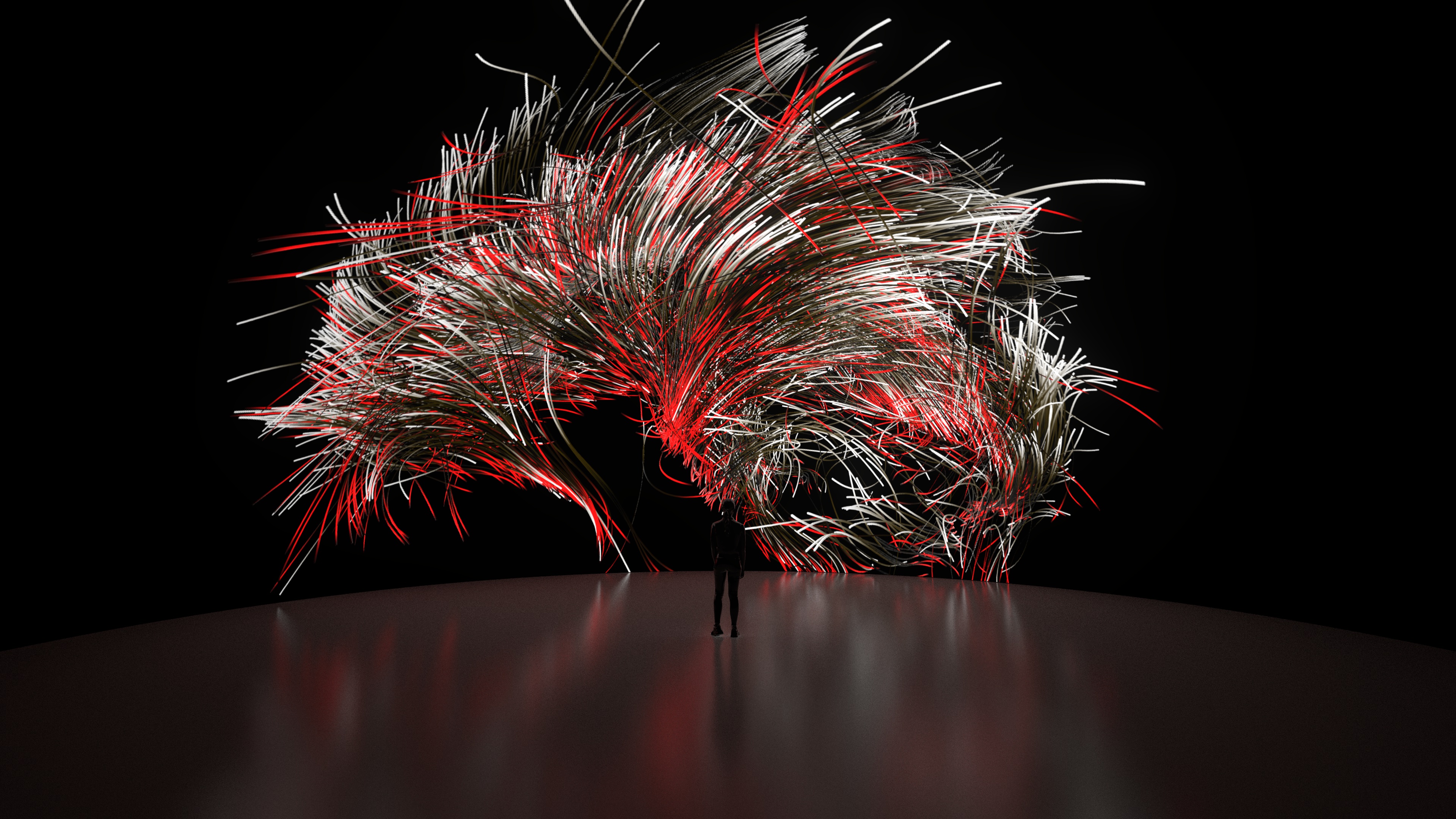 You’ve made the distinction before between club-focused music being much more about feeling and your audiovisual projects being a bit more intellectual. Do you ever see those two things coming together in your work?

I think it is possible to combine emotions and club music. It’s possible to create something artistic that involves dance music but personally I don’t think it really works logically. Once people start dancing…it’s like watching some easy-going movie as opposed to really watching Tarkovsky, that’s how I see it. We’re not able to watch an intellectual movie and dance at the same time, it’s just a different head space.

Do you think there is any room for intellectualized thought in the club?

Some people may go to a club to liberate themselves or just to have a fun time, but for me, things that I do in my life have to relate to that experience. I can’t just have fun all the time! I need emotional and intellectual substance. At some point I need something extra. But that doesn’t mean that everybody has to have this desire. Some people actually don’t want to have anything extra, it’s the opposite, they need this space where they don’t think at all and I understand that too.

Dasha Rush will present Aurora Cerebralis in association with FACT at Lunchmeat Festival, which takes place across various venues in Prague from September 30 to October 5. Tickets are available now.