The intimate, under-the-radar nature of DIY shows can make it seem like the entire culture is comprised of isolated microscenes that exist largely independent of each other — in some cases, even within the same city.

In reality, it’s more like a spiderweb, with enough interconnecting threads and people to make the concept of “six degrees of separation” (a.k.a.“the Kevin Bacon Game”) seem enormous by comparison. So when tragedy strikes, it sets off a shockwave throughout the underground that impacts musicians and fans across the globe. That’s exactly what happened on December 2, 2016, when Oakland arts space Ghost Ship was engulfed in flames during a showcase for Los Angeles electronic label 100% Silk.

Keith Curts, multi-instrumentalist and vocalist in Denver industrial/noise duo Echo Beds, and a former Bay Area resident, has vivid memories of that night. “It was so galvanizing; like the world just stopped,” he says. “A friend made it home and said, ‘There’s a giant fire in Oakland. I made it home. I don’t know who else is there.’ We just started connecting the dots and reaching out to friends who lived out there, and putting together, ‘where is this person and where is that person?’ It turned out that some of our friends had died.”

In total, 36 people who had come out to Ghost Ship to dance, bask in the music and be a part of independent culture, lost their lives in the blaze, the deadliest structure fire in California since the 1906 San Francisco earthquake.

“When something that seismic happens, the ripples are felt everywhere,” Curts says. “We all did shows together, we toured together, we knew these people, and we were friends. You create connections with them as individuals, and also as artists and a peer group.” 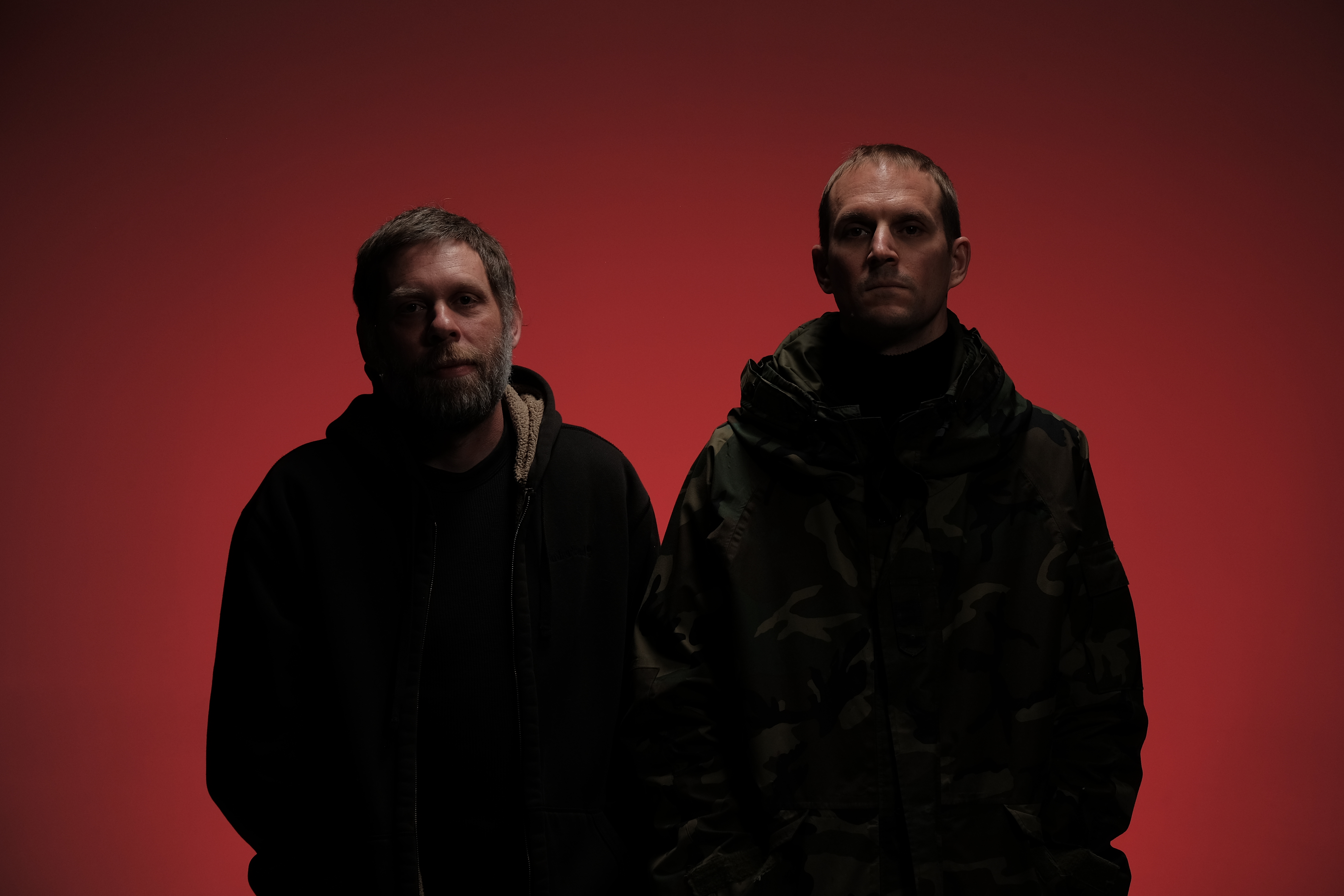 In the aftermath, there was an outpouring of support for the victims and survivors, and as details about the events leading up to the tragedy emerged, Ghost Ship remained in the mainstream media spotlight. But while some reports treated the victims with the dignity they deserved and called attention to major issues such as the housing crisis in San Francisco and other urban centers, others contained misleading or harmful notions about DIY culture; its adherents were at best portrayed as irresponsible party kids and eccentrics, and at worst, criminals and derelicts. It all let to a swift, nationwide crackdown against unsanctioned venues and arts spaces. “A lot of people don’t really get the underground, because the status quo doesn’t really understand that it’s a movement and it has been a movement forever,” Curts says. “The response from the powers that be was like, ‘we’re just going to shut it all down because none of it is safe.”

Just days after the Ghost Ship fire, Curts and Echo Beds co-founder Tom Nelsen were still reeling from the tragedy when the backlash hit their local community. Rhinoceropolis, a long-running hub for the Denver underground, and its sister venue Glob had been deemed unsafe by the the fire department, and shut down. Echo Beds, who practiced at Glob, lost their rehearsal space and their gear, which included several hand-built and modified instruments and microphones. Even worse, the creatives who called those spaces home were cast out on the streets. “There were emergency vehicles and police everywhere, just kicking everybody out without any kind of warning.” Curts says. “It wasn’t just that we had no practice space. It was, ‘Wow, our friends are all homeless now.’ They weren’t ready for that. Everything is hyper-expensive here, so where do they go?”

The band’s observations about the changing landscape of their city and others, and the human struggles and loss that can accompany urban development—and are often overlooked or ignored under the guise of progress — converge on their latest album, Buried Language (Flenser). But to understand just how they address these issues through their music, it helps to start with the core foundations of the group.

In 2010, Curts was on tour with a previous band when he became inspired by the hand-built gear of prolific Detroit noise collective Wolf Eyes, with whom they’d played a couple of shows.“I’d already done some things [with electronics], like taking children’s toys and stuff, and circuit bending. But they were building things from the ground up and it made this signature, original sound.” He began wondering what sonic possibilities might open up in his music if he used homemade equipment, too.

Curts called Nelsen from the road, told him his ideas, and asked if he’d like to collaborate on an experimental set for what was supposed to be his band’s last show of their tour — a Denver date opening for experimental metal duo The Body. The two of them practiced for less than a half hour, played the gig, and then shelved the project until six months later, when they appeared at Denver Noise Fest. With the success of that performance, something clicked. “After that, I think we both sort of looked each other like, Dude, we should really start working at this,” Curts says.

Though Nelsen had gone to school for classical composition and Curts had played in some unconventional combos in his California days, the bulk of both of their musical experiences up to that point had been with punk, post-punk, and garage bands. With Echo Beds, they wanted to do something entirely different. Less standard drums, bass, and guitar; more soundscape, noise, and film score. They also wanted to explore the sounds of their surroundings. “In the city that we live in, you hear cranes, jackhammers, and grinding — we definitely wanted that to be a part of it, too.” Curts says. 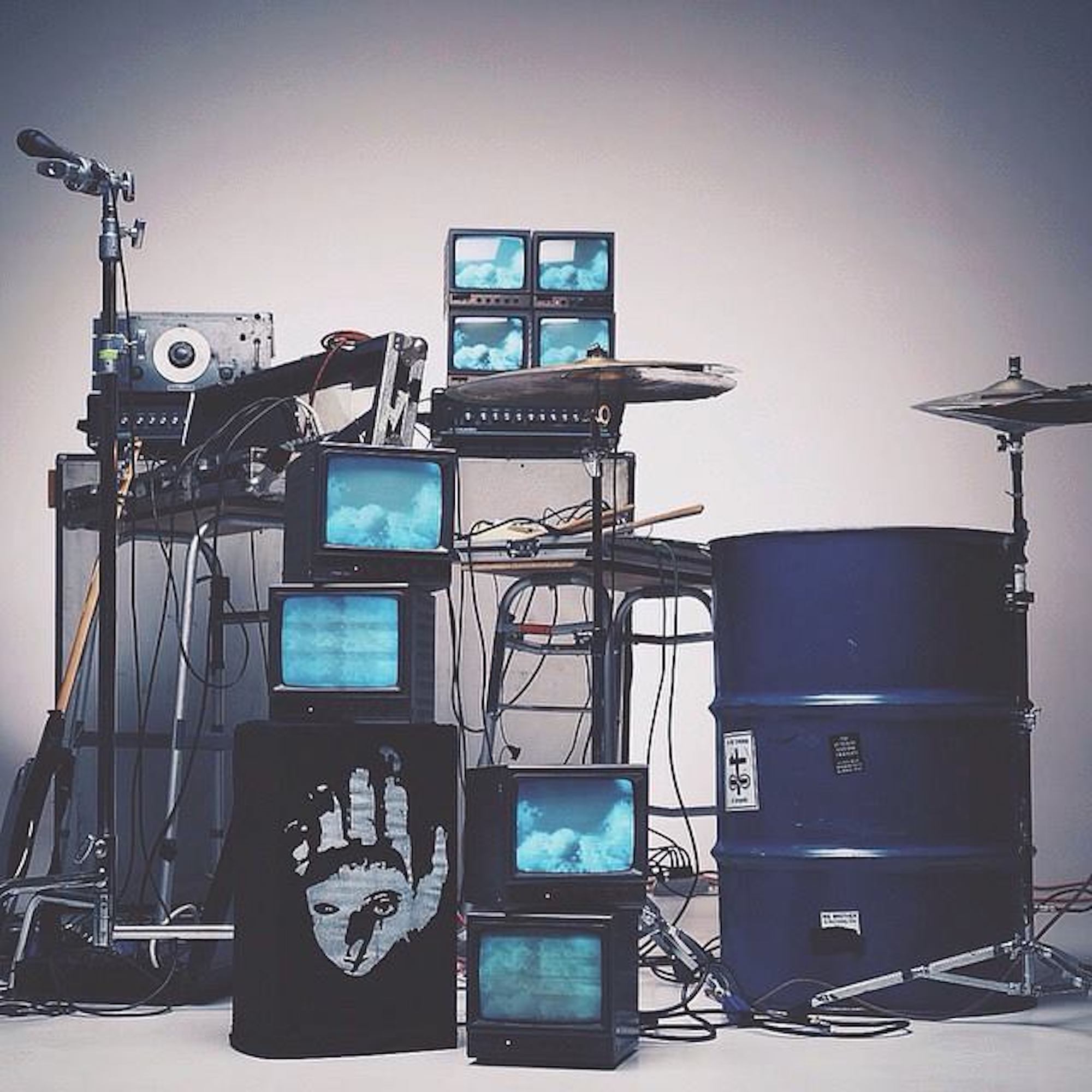 Industrial music is commonly associated with electronics such as drum machines and synthesizers, but Echo Beds decided on an analog approach — in the most literal sense of the word. “On one of the first nights Keith and I hung out we were building contacts mics,” Nelsen says. “And when we finally started practicing we were contact micing everything we could get our hands on — Keith still laughs at me because at the first practice, I showed up with a blender.” Maybe that particular appliance was better suited for making smoothies than music, but considering the band’s arsenal soon expanded to include chains, broken cymbals, old television sets, and a contact-miked, 50-gallon oil drum, it doesn’t stand out as particularly unusual in context.

“We were just experimenting with sound; it was experimental music in the highest definition of the word and it was so liberating and fun,” Curts says. “We’d come to practice and just literally throw it all against the wall and see what stuck.” That mentality bled into their live performances, too. One time, Curts dislocated his shoulder before a show, but instead of cancelling he put a contact mic in a box of broken glass, and spent the set stepping on it to create crunchy beats and textures.

There were also more more pragmatic reasons behind Echo Beds’ budding craftsmanship. “The term DIY, and all that crap, most of it comes out of necessity,” Nelsen says. “We can’t afford this head, this model, or whatever, so we’re going with these lunchbox amps.” Curts agrees, though he adds that even if budget wasn’t a factor, conventional equipment comes with limitations. “Through the years I’ve invested a ton in gear, but some of the stuff we wanted to do doesn’t exist (that I know of), so let’s try something ourselves and see if we can get some cool sounds.”

Echo Beds put out a slew of EPs and splits throughout the early part of the decade, and released their scathing, politically-charged debut full-length New Icons Of A Vile Faith (Black Box / Sailor)in 2016. But the sudden closure of Rhinoceropolis and Glob meant that for their second album, they had to start from scratch and rethink their entire creative process. At Glob, they’d been able to explore sound at any volume, but now they were largely working in living rooms, and extreme loudness just wasn’t an option. Instead of getting hung up on the past, though, they took the opportunity to open up their palate, which included learning audio software, and writing catchier songs. “Not every song has to be bang and clang. You can’t just put all of your forks into the disposal, contact mic it, and make ten songs off that. You have to break your own rules,” Curts says.

Echo Beds got to work making samples, some during sessions in a warehouse, and others during everyday activities such as scooping ice or sharpening knives. In a Hank Shocklee-influenced twist, they even took snippets from their earlier releases and used them to make beats. Each of these components was stored on a computer, where they were electronically manipulated and layered over sparse backing tracks Nelsen had created using more conventional verse-chorus-verse structures than the duo had toyed with before. From there they added vocals and guitars. The entire process took nearly a year, during which both musicians wound up needing glasses and being treated for vertigo — the latter was caused by their constant use of earphones as they were building their songs. “We’re not spring chickens,” Curts laughs. “We’ve been doing this a long time and it really catches up with you eventually. [DIY] is not a style, it’s a lifestyle.”

Buried Language reveals that from painstaking work and physical discomfort come great results. From the album’s beat-driven opening track, ‘Carved in Stone’, Echo Beds immediately pulls the listener into their universe, where despair and frustration co-mingle with the desire to resist and carve out a better way. The sounds of industry abound in screeching metal, harsh scratchings, and cold static, but they’re never left without human counterpoints for long, such as languid spaces and breath-like rhythms, or Curts’ distorted, fervid vocals; reminders that in urban living, neither man nor machine exists without the other. “The world we live in is so convoluted and confusing and upsetting and backwards that it’s at the forefront of my brain every day,” Curts says. “I think a lot of people choose to put on blinders because it’s painful or because ignorance is bliss, but I feel like because of the situations that we find ourselves in personally, we don’t have that choice. We have to pay attention because it’s right in front of our face.”

With the album out, Echo Beds have a handful of shows on the books, and more to come. These days they’re complementing the homemade gear with pieces made by friends and DIY designers, including a microphone from Crank Sturgeon, a synthesizer from Schrader Analog (its founder hand delivered the piece to one of the band’s shows before the paint was even dry), and tiny-yet-powerful speakers by ZT Amplifiers. Though their equipment may change, Echo Beds’ DIY ethos remains as strong as ever, and despite everything that’s happened since Ghost Ship, they still like playing in non-traditional venues, preferably on the floor.

“For us, it makes sense to be on the floor because that’s where we come from,” Curts says. “A lot of this stuff has already been done, but you can do it in a different way and make it your own. To 18 or 19-year-old kids who are coming out for the first time, it’s brand new. Maybe it changes people’s thought processes and makes them think more where this art actually comes from. At [DIY] shows like that, it seems like people have really important conversations about real shit, because they’re all meeting on the same playing field.” And who knows where that could lead? Maybe at the next Echo Beds show, someone in the crowd will be inspired to go home and start building contact mics for a music project of their own.

Read next: Industrial noise-rock band Uniform are reborn with The Long Walk, their latest for Sacred Bones