Singles Club: Kendrick teams up with U2 and Four Tet brings The xx to the dancefloor

This week, Kendrick Lamar teams up with U2 for one of his new album’s most surprising collaborations, Four Tet reworks The xx’s ‘A Violent Noise’ into a festival-ready dance anthem and Kamasi Washington delivers a 14-minute epic steeped in ‘70s jazz-funk. 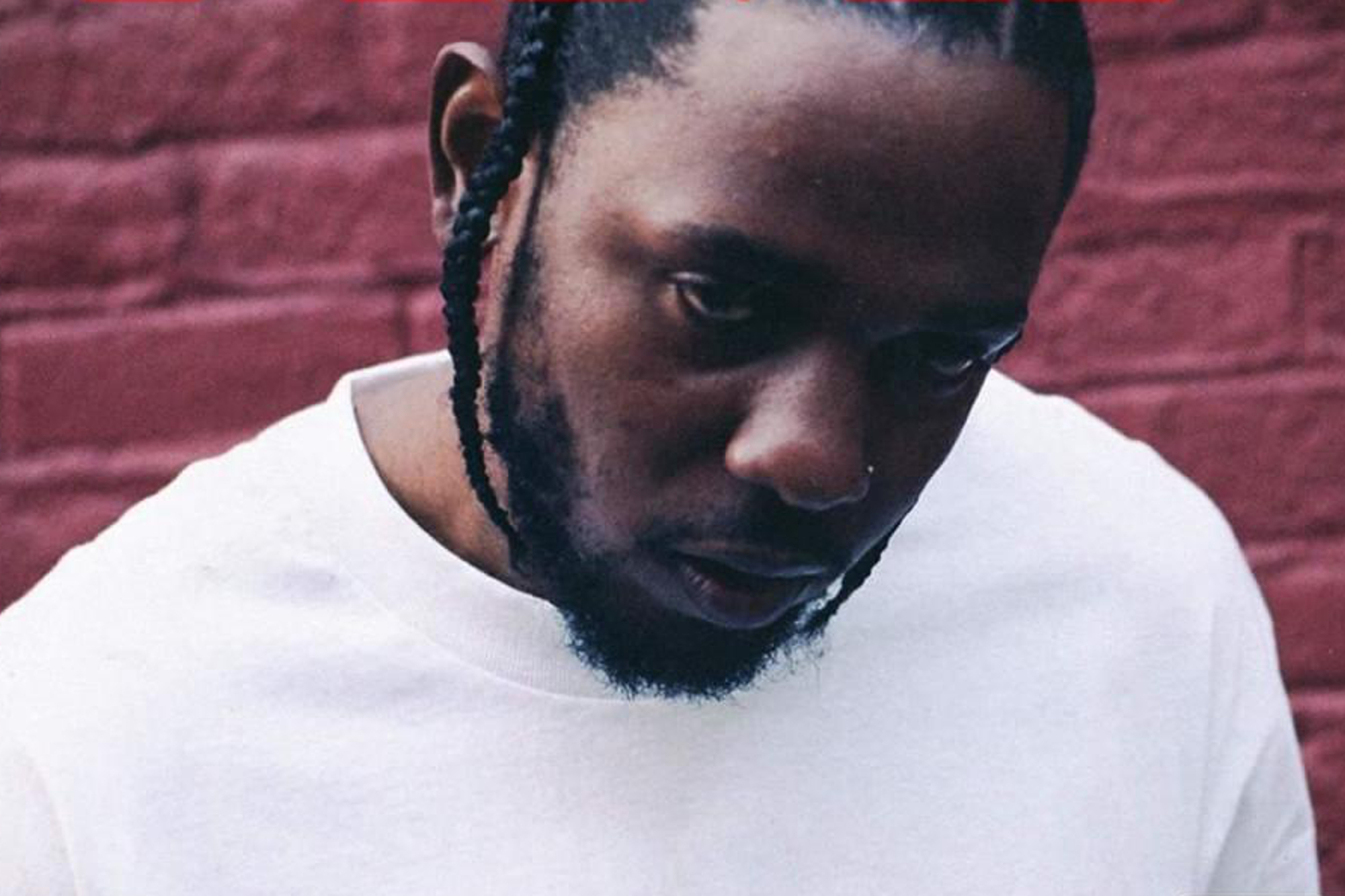 Tayyab Amin: Kendrick Lamar spins a tale of an anti-firearm advocate willing to do anything for family and scales the context up to national levels. This exploration of hypocrisy and duality in his music is far from new; neither is the beat change. I can’t help but be far more interested in hearing what he’d have to say about the circumstances which cause these dualities to exist in the first place. Bono’s vocals remind me of the recent Gorillaz singles, though the conversation around U2’s appearance has distracted me from the track and pulled me more towards remembering how amazing the band can be. They did ‘One’ as a duet with Mary J. Blige and originally turned The Edge into the living meme he is when they photoshopped him into the Tomb Raider movie for ‘Elevation’. Inspiring. (6)

Chal Ravens: Obviously the first time you hear ‘XXX’ you’re clenching your butt in anticipation of the Bono appearance, like waiting to hear a prognosis – ‘how bad is it, doc?’ But by now we’ve all breathed our sighs of relief to hear that humanity’s most charitable tax-evader has only a minor supporting role here, and who knows where The Edge and the Other Two have got to. As a track it’s one of the more scatterbrained moments on the album, disjointed noise collage from the Hank Shocklee school that allows Kendrick to shapeshift at will, something he’s been getting scarily good at lately. (6)

Daniel Montesinos-Donaghy: Critics regularly pretend that there is Kendrick Lamar, visionary rap artist, and a separate Kendrick Lamar that makes goofy appearances on records by Maroon 5 and AWOLNATION. We don’t ever really discuss how his album-length thesis statements stand up against his embrace of the Dudes With Guitars offcuts, but thinking in this manner helps make sense of his embrace of U2, long redefined as a gregarious dad rock outfit from a previous incarnation as boundary-shifting artists. Bono et al’s feature on ‘XXX’ isn’t the sign of a revitalized creative drive – they are, almost pointedly, part of a multi-composer mosaic, utilized for groove rather than star power. And there on organ-aping keyboards is Kendrick, part of the band, forcing you to accept Rap K. Dot and Horn-Throwin’ King Future Kenny as the same artist. (8)

Jibril Yassin: This head-scratching collab actually sounds less of a meeting of minds and more akin to Kendrick plundering through U2’s Joshua Tree and The Unforgettable Fire in search of something similar. Bono sounds less like Bono the insufferable force and more a battered old bluesman when he shows up, so kudos to Kendrick for making the most of that. The real MVP of this track, however, is producer Mike Will Made-It, who lays down a salvo of sirens and irresistible boom bap for Kendrick to do his thing over. The man doesn’t falter, delivering revenge epithets in engaging flows.
(9)

Tayyab Amin: Maybe it’s the extra marginal returns from having not listened to Four Tet in so long, but I really quite like this. Hebden shines most when he’s creating shimmering house tunes and this one just glows and glows. When the melodies climax and clock out as the track moves to pump deep is where things are lacking, though you can’t go for such a beautiful, lengthy drive without having to change your tyre pressure at some point at least. I just wish the hi-hats didn’t actually sound like it. (7)

Chal Ravens: Yeah, this will sound annoyingly good in de club, won’t it? A hard-knocking pneumatic rhythm lifted by blasts of Burial-style euphoria and twinkling harps, it’s rave techno with feelings, and you can barely hear The xx at all. It’s obviously built for Festival Season, and there’s nothing wrong with that – sometimes it’s necessary to go very, very big. (7)

Daniel Montesinos-Donaghy: In its grand trance-like style, this is befitting for a band that used to cover Darude’s ‘Sandstorm’ in concert. It should be more anthemic than it appears, with Kieran Hebden showing a reluctance to burst his remixees’ world into truly voracious, stupid technicolor (I wanted a thumping, Laidback Luke style finale, but the subtler route will suffice). (7)

Jibril Yassin: Four Tet really strips away just about everything you may like about The xx and casts it dense and claustrophobic, aided by these great drum sounds. It’s fascinating to see just how little of the original remains – even the vocals seem to be pushed to the side as Four Tet turns a familiar motif from ‘A Violent Noise’ into a building block truly befitting the song’s name.
(7)

Mac DeMarco – ‘On The Level’

Tayyab Amin: For something with such proximity to vaporwave, this is a surprisingly sobering tune. Even with DeMarco’s lackadaisical musings and a quite annoying keyboard that’s played like a slow siren, there’s a lot of space in the track to see clearly through the smoke and gaze at your own self. It’s a fitting continuation of the coming of (another) age theme from ‘My Old Man’, though I’ll probably carry on revisiting the latter much more. (6)

Chal Ravens: MDM slipping into the chillwave zone like a pair of trusty Havaianas. His slippery take on quiet storm suits him surprisingly well for a man who wears dungarees like uniform, but I can imagine indulging my inner sadboi to this on summer evenings to come. His voice is really, really nice. (7)

Daniel Montesinos-Donaghy: I want to thank whoever helped place DeMarco’s ‘My Old Man’ into my best of 2017 rotation, and rest assured this overplayed VHS-streaked quiet storm tribute will join it. Lush. (8)

Jibril Yassin: The best Mac DeMarco songs combine a stark level of contemplation with a dreamy, alluring backdrop and this older sibling to ‘Chamber of Reflection’ seems no different. What sells it is the confidence in the song’s chords; a cheesy bright lead synth circles around it but can’t cut through the starkness.
(8)

Karen Gwyer – ‘The Workers Are On Strike’

Tayyab Amin: An absolute Melf’s Acid Arrow of a tune. This world doesn’t deserve Karen Gwyer, but thank God she’ll happily take us someplace else with wizardry like this. (9)

Chal Ravens: Delighted to hear Karen Gwyer giving Kieran “Big Room” Hebden a run for his money this week with a ripping bit of bosh-bosh-weird that combines her more experimental impulses with her affinity for the dancefloor. That current of tension running through it totally sweeps you up – more of the world should run at 135 BPM. (8)

Daniel Montesinos-Donaghy: This sounds like a nightclub level in a ‘90s Sonic game, which is cool, but somehow not as much fun as that sounds. This is certainly effective enough, even with the kmt-sound effect percussion. (6)

Jibril Yassin: A slice of raw, old-school techno. You can practically hear the effort in the clattering hi-hats and every twist and turn the synths seem to make, striking a fascinating balance between stark and lush.
(6)

Tayyab Amin: Kamasi Washington is a wondrously enchanting performer and this is the first time I’ve sought to find out if that power is instilled on record too. ‘Truth’ brings together three movements of expansive, constantly unraveling jazz that manage to be daunting and approachable, familiar and riveting all at once. He’s able to continually up the ante to such a grand scale that the thirteen-and-a-half minutes can even feel slightly cramped at points. It’s the middle passage that stands out most for me, where the bass and drums take it away with Washington’s saxophone wandering along their trail and Pharoah Sanders comparisons ringing out especially true. (7)

Chal Ravens: When Kamasi Washington is contributing to other artists’ work he really lifts them to greatness, but on his own he tends towards an exacting replication of the kind of vintage jazz-fusion that’s long been a sample mine for hip-hop producers, which feels a tiny bit futile? Perhaps we’ve run out of Weather Report obscurities to rip and transform, but KW feels too far out of time left to his own devices – why not just listen to the old stuff? (4)

Jibril Yassin: Kamasi out here making 14-minute jazz anthems feel hopeful and absolutely inviting. This is maximum ballast; Kamasi stacks horns, strings, skittering drums that sound colossal and last but not least, a choir that makes objectively thinking about this song incredibly hard once the 12-minute mark hits and you’re just sobbing under your desk. (8)

Tayyab Amin: Vinylz did it again with a beat that swirls like the last few sips around the bottom of a glass of Irn-Bru. Offset came with the impeccable flow. Stizz said “I’m gettin’ oral, b – you know I floss.” This one’s a winner. (8)

Chal Ravens: Never knew I wanted to hear the Migos flow over a spooky offcut from the Ghost Box archives, and doesn’t it sound exceptional? Down for the Stizz x Belbury Poly mixtape as soon as they can make it happen. Um, but seriously, the time is now right for Stizz to break through in a big way – an Offset assist is handy, but he can take this on his own. (6)

Daniel Montesinos-Donaghy: A headlock in a wrestling match usually functions as a stop-point between bigger moments, allowing the artist to catch their breath. That’s what Offset does here, in his own way – without ever delivering anything out of the normal, his signature flow surfaces to pepper Stizz’s twisty delivery, allowing the artist to eventually claim the song as his own. It’s controlling the pace. (6)