This week, it’s a Migos triple bill – not content with presence on the new culinary-themed Katy Perry single ‘Bon Appetit’, they also feature on a new effort from Sean Paul, with Quavo also popping up alongside Chance The Rapper, Lil Wayne and other starry names on DJ Khaled’s latest.

Throw into the mix new music by Phoenix, Haim and Novelist, and it’s truly a blockbuster week in terms of fresh tracks for our crack team of reviewers to rate, hate and debate. Here’s what they made of them all.

Tayyab Amin: If you’ve got access to people like DJ Khaled has, you really can’t be dropping lullabies for your kid without getting Chance in on it. It’s headhunting like this that makes Khaled the greatest HR manager of all time. This song’s as sweet as the baby on the cover: Chance raps about booties up on his Gucci belt, while Lil Wayne boasts “for the record I knew Khaled when that boy was spinnin’ records.” Bieber, meanwhile, is perfect for this. Beautiful. (9)

Chal Ravens: If you slowed down a Chicago bop track to the current Billboard 100bpm speed limit, that kind of post-‘Broccoli’, half-dembow trudge, you might get something like this, but it wouldn’t be Sicko Mobb, and it wouldn’t be very good. (4)

Daniel Montesinos-Donaghy: Thank god for Khaled allowing Bieber to be his best form here, aka a pretty great R&B scrub. Otherwise, man this underdeveloped cartoon music is very very not good – it’s far too boringly competent to be terrible. (4)

Jibril Yassin: DJ Khaled tapping Justin Bieber, Quavo and Chance (oh and Wayne!) and getting them to agree to do faux tropical house is the culmination of his meme-branding powers. It certainly helps that ‘I’m The One’ is one the more gorgeous of his expertly A&R’d musical offerings. Somewhere, Ace Hood is hearing this and cursing that his verse got cut out. (7)

Tayyab Amin: I would go as far to say this could be a pretty impressive Gwen Stefani joint when it grows up. Migos’ hot potato of a cameo is a cute one: I can’t tell if I’m more impressed or insulted at how they were all squished into the space of one verse. I’m also not even sure Katy Perry needed a feature here, ‘cos she works so well on this production. I’ve never been big on her, but if she would just go full ‘90s Euro trance diva for a second, I think I could be persuaded. (7)

Chal Ravens: I accept that we live in the era of Pop-Song-As-Extended-Metaphor but does every single line have to be about the spreading and the melting and the wine-and-dining, really? Beyond K-Pez’s terminally naff presentation and the hollow-like-meringue lyrical offering here, ‘Bon Appetit’ is pretty decent – there’s about 15% too much going on in the (Max Martin-helmed) beat, but it’s got that steamy-club-pop vibe that Kylie once did so well, and Quavo sounds suitably glazed on his “did someone order a guest verse?” guest verse: “She got her hot light on, screaming, ‘I’m ready’.” On a nice day with the windows down, yes, I might leave the dial unchanged. (6)

Daniel Montesinos-Donaghy: Issa bop! It’s amusing how Quavo harmonising with popstars feels more valuable than the three Migos each sharing four bars of nothing, but that’s what happens when some of you have better pop instincts than the others. (7)

Jibril Yassin: After the disaster that was Perry’s previous single ‘Chained to the Rhythm’, this is a… slight step in the right direction? ‘Bon Appetit’ succeeds as a good correction of the ‘woke pop’ narrative, and Katy does sound far more comfortable over it as a vocalist. But honestly, whose bright idea was it to squeeze all three of the Migos in a short 16? (5)

Tayyab Amin: Let’s just say I’m more stoked about the return of HAIM than I am about this song in particular, though there’s plenty to like about it. They have such admirable chemistry and it makes them such a force. If anything, ‘Right Now’ just seals the deal on my wish for them to soundtrack my spirit Netflix series. (7)

Chal Ravens: People seem to find HAIM interesting but these lyrics are boring and the song goes nowhere. Surely there’s a chorus missing at the end? Where’s the drop mate? You can’t tease us with that massive buildup and walk away without laying down a few of those open-road hollerin’ harmonies, Fleetwood Mac style. Because HAIM are sort of a Fleetwood Mac tribute act, aren’t they? It’s not the worst job in the world. (4)

Daniel Montesinos-Donaghy: Some smart ideas at work here. One, reintroducing a buoyant festival-seasoned act with a slower and more broken-down aesthetic, which is jarring at first but ultimately rewarding. Secondly, holding off on the bang-a-gong LOUD drums (the band’s secret weapon) until the very end; thirdly, keeping it off Spotify so everyone watches a Paul Thomas Anderson film. Shoulda tried that with Inherent Vice! (7)

Jibril Yassin: I thought we left auxiliary drum performances in back in 2012. Anyway, it’s cool to hear a more raw iteration of HAIM, for who else could make a piano ballad sound so seething? The way the bass and guitars make their noisy entrance hovering around those dramatic chords feel very much like a slap to the face, underscoring Danielle and her telling-it-like-it-is vocal take. It’s not perfect and it revels in that, so this wins. (7)

Tayyab Amin: The chorus here is a total black hole for the track’s momentum. Finger snaps and keys that tick over like late night hours are great in theory, when they’re not fighting off Sean Paul’s melodically dead hook. It’s sad ‘cos the bridge is so good. What happened lads? Migos can obviously rap over anything and make it bang, though I wish they had brought more oomph to this one. Regardless, it’s a thumbs up. (6)

Chal Ravens: Fair play to Sean Paul for riding a massive late-career wave, but ‘Body’ seems like one for the second disc of the Greatest Hits. Pedestrian pop-dancehall that could do with a tempo tweak, or like, something, anything, to make it pop harder. Migos try their best but there’s no magic here. (4)

Daniel Montesinos-Donaghy: Sean Paul knows that his currency is Being Sean Paul, a sunny and melodic patois that is good pop currency all over the world. He does a good job playing host here to Migos, the men of the moment. He’s truthfully on the other side of the “featuring” credit but he knows what being Sean Paul means – whoever else is on the song gets the benefit of being with him, so why not capitalize on it for himself? (6)

Jibril Yassin: This is a Migos song in all but name. Sean Paul feels relegated to hook duty; even if he smashes it out of the park this is very familiar territory for the man’s talents. (7) 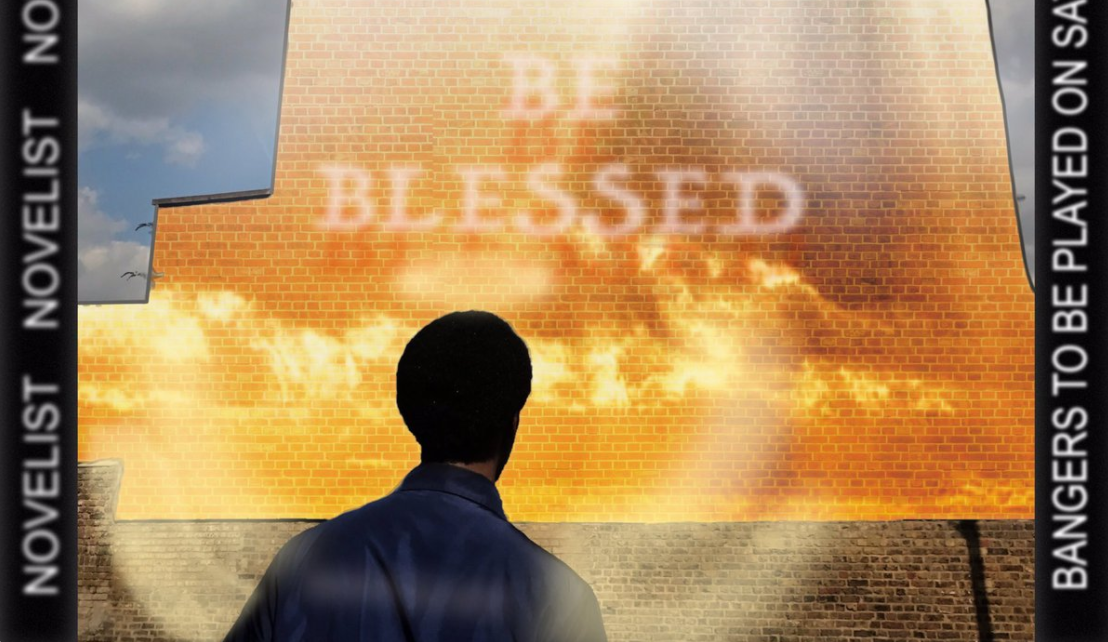 Tayyab Amin: You listening to this tune? Right, it’s now Halloween. Doesn’t matter what day you think it is, it’s Halloween. Ghouls are the new goons on this cut and Novelist really knows how to mess with your head without saying a thing. Sure, it could go harder, but there are plenty of MCs who I’d love to hear go dark on this one. The eerie extended outro is testing and I really admire that about it. (7)

Chal Ravens: Ah, the one that got away. Nov had an open goal in front of him a couple of years back – charisma for days, fans in high places, all the best producers wanted to work with him. In the end he decided he wanted to follow his own path, and sure – it’s often the best advice. But dropping all that just to self-release some alright beats? Bold. Maybe there’s a bigger gameplan here but I can’t see why an MC as talented as Nov would leave vocals out of this otherwise quite interesting, horrorcore-riffing instrumental. Then again he’s still ridiculously young, so there’s plenty of time yet to kick about in the sandbox. (6)

Daniel Montesinos-Donaghy: Over the type of screeching sci-fi wails, percussive elements swirl around, eventually becoming something fairly conventional. It never jams, but when the drums really kick and the bass drops it feels like it could. (7)

Jibril Yassin: There are plenty of interesting elements happening here, but that doesn’t erase the plodding that makes the five-minute runtime feel like an eternity. (6)

Tayyab Amin: Why does this song make me feel like I’ve accidentally wandered into well-being Instagram? There was once a time when grim references in performatively pretty music was a juxtaposition I found interesting. However, these days it just sounds like late capitalism. Who has time to imagine a dystopia in 2017? If you’re not happy with the route this world is taking towards the universe’s rubbish truck, just say it with your chest. Anyway, in the words of our totemic dog sat in a burning house, this is fine. (5)

Chal Ravens: The unhateable Phoenix! This reminds me of Talking Heads and Trevor Horn and Prince and all the off-kilter ‘80s pop I like, although it would benefit from some decluttering so you can actually make out the ridiculous lyrics about being trapped in an aquarium and “no more coral on the atoll”. Other than that: joy! (8)

Daniel Montesinos-Donaghy: It’s a Phoenix song to browse through Urban Outfitters to! Again! (5)

Jibril Yassin: Phoenix have never been better than when they get to writing those big choruses they can seemingly dole out in their sleep. Neon-bright trappings aside, this is a great reminder of the band’s strengths. (8)