This week, Stormzy teams up with Little Mix on ‘Power’, Missy Elliott brings together an all-star cast for her ‘I’m Better’ remix and Drake favorite Dave shows us why he’s one of UK rap’s brightest young stars.

Also on the agenda: chillwave OG Washed Out makes a sun-drenched return on ‘Get Lost’, Stockholm don Baba Stiltz delivers an off-kilter club anthem for the summer and Daphni drops the first track from his Fabriclive album. 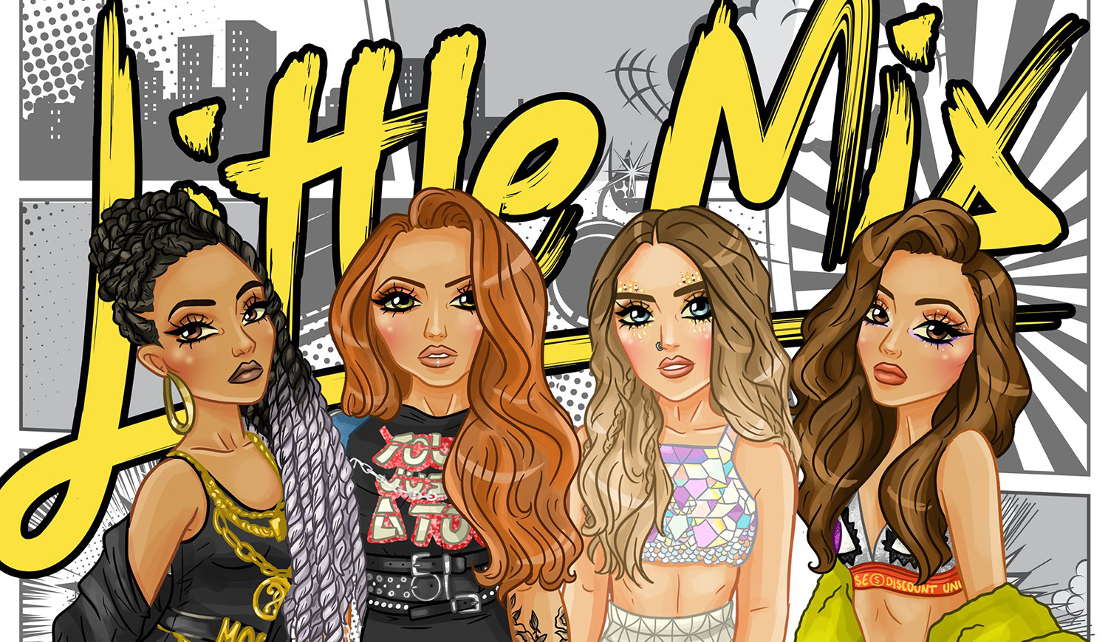 Daniel Montesinos-Donaghy: The obvious focus here is Stormzy, who’s followed up his Ed Sheeran collaboration with a further dive into Radio 1 drivetime. It’s a good verse, but let’s not forget that Little Mix are easily the best non-Korean girl group in pop music. Great vocals, a real presence from track to track, and a willingness to go over the top. They remain way too fun. We should take better care of them – don’t sleep. (8)

Chal Ravens: Oh, fuck the fuck off with this type of singing. I am never anti-pop but that opening growl! So grim. So overblown. So “having a bash at ‘Lady Marmalade’ on the third round of X Factor“. But why I do get the feeling that Charli XCX had a hand in this somewhere? It’s not a million miles from the sound of Number 1 Angel, and in her hands I don’t doubt it would work better, because I believe in her as a character who can pull off weird singing voices. Stormzy collects his check and everyone leaves full, yet unsatisfied. (3)

Tayyab Amin: Overdoing it, pure and simple. This is the sound of being trapped in a nightmare where all your open tabs are blaring out sound and there’s no way to stop them. Trailer for the summer blockbuster’s going off somewhere, the worst moments of Watch the Throne playing somewhere else for whatever reason, a family car advert and a whole Big Stormz sermon now too. There could be a pop-up for The Brit Method in the background and I wouldn’t even notice ‘cos this is so cacophonic already. (3)

April Clare Welsh: The only wedding I would happily attend this year is the union of grime and pop. Keep it coming. (8)

Chal Ravens: I don’t think hearing this on Stones Throw is all that surprising – it’s a kooky disco record, a hazy Urban Outfitters rehash of the kind of vintage 7″ that Peanut Butter Wolf has collected obsessively for years. You know, it could be the music between bands at a sunny European festival, between fizzy pints and James Blake and weird street pills, and what’s wrong with that? Bet the album’s really pleasant. (5)

Tayyab Amin: A broken, French house floorfiller of a groove headily mixed with coldwave drawls and irreverent sax. Wondrously confused, verging on jaded and the detail is just mesmerising – I can’t help but come running back to this. (8)

April Clare Welsh: Some artists have quarter-life crises and others have their ‘first fully immersive multimedia experience’. But if there’s one internet genre crying out for a rebirth this year, it’s probably chillwave. I mean, who doesn’t need a calming wash of retro synths and imaginary beach vistas to help cool down their fraught and heated lives? However, this isn’t actually chillwave. The vocals and sax scribbles are cool, but it’s swimming dangerously too near the deep v-neck end of the house pool for me. I’d love to hear what Carles would make of Ernest Greene signing to Stones Throw though… (5)

Daniel Montesinos-Donaghy: To be honest, the last I heard of Washed Out was seeing him play an incredibly dull set during the Within and Without era – since then he’s located a higher pulse and an old-school phaser vocal type of mystery. They’ve always been an act you could consider for mood music, only this time it’s less about solipsism and more about a good mood. (7)

Tayyab Amin: This was already a bop and now it has Missy Elliott shouting “Remix!” at the start, so you know it’s a certified masterpiece. She even includes a reload in the track before Lil Kim starts “killing them, yellow tape.” Every guest on this track sounds like they WhatsApped their verse over in a voice note from vacation, which is just the kind of effortless cool a legends’ remix like this needs. (8)

April Clare Welsh: I am so happy this song happened. (10)

Daniel Montesinos-Donaghy: There’s good here (Trina, as always, is a chameleon never mind the surroundings) and the woeful (Kim, what is this?) but I will just paraphrase Regina George when I say STOP TRYING TO MAKE ‘I’M BETTER’ HAPPEN. (4)

Chal Ravens: Missy’s glacial comeback continues with a four-months-later remix. Fine, okay. At least Kim and Trina are taking my attention away from Lamb’s deeply fucking lethargic hook, which I never enjoyed, but honestly I like this less than the Missy-focused version. Sorry to be that dude, but: please release an album. (5)

Daniel Montesinos-Donaghy: What I’ve noticed from Dave so far in his rise is the melodious approach he takes – something that he gives up here – going for the jugular from the get go. It suits him well. Also heartwarming: he knows you know he did a song with Drake. He doesn’t ever need to say his name. That’s using a co-sign right. (7)

Chal Ravens: I don’t want a hundred friends either, Dave, but life is hard, you know? You have to step up to the challenges life throws your way. The kid is sounding stressed, actually, but all the better for it – after a couple of pop-leaning hits you want to show you can carry off something harder, and this one definitely can. BRITAIN’S BEST NEW POP STAR IS CALLED DAVE. #WATTBA (7)

Tayyab Amin: Forget barcodes, Dave’s got more bars than a Nestlé factory. Second verse is stacked, I can’t choose between “If a man wants war, tell a man Shaw, like Luke I’m sitting in the back with a Bailly” and “said you wanna pree us like I’m driving an Uber.” Hip-hop or grime, vocals or production – this is confirmation that Dave is a man that can do both. He’s 18 for another week and running circles around everyone else. (9)

April Clare Welsh: Dave swapped the guitars and schmaltz of his Sixth Paths EP for bouncy 140bpm grime bangers last year and this new track is more proof that he’s definitely made the right move. Not only is the Streatham-born MC one the UK’s most versatile new rappers, but he’s also pretty funny with it: “Said your Amm’ come loud like bass but it’s silent like Charlie Chaplin / My striker’s 18 with a hightop this kid’s looking like Marcus Rashford”. Renaissance man Dave is at top of the game and he didn’t need Drake to get there. (8)

Chal Ravens: He’s got skills, does Baba, though I’m not always sure where he’s going with them. It’s like you could describe one of his tracks in great detail without ever quite nailing what it is that’s so subtly, deliciously off-kilter about it. With this one it’s all about the slip-sliding bassline and the happy-sad tension – a familiarly Scandinavian touch, which gets an extra point from me of course. (8)

Tayyab Amin: Watching Baba Stiltz play records, you can really feel how much he gets into what he’s doing and it’s no different with his productions. The roller of a beat, funky MIDI and sunset synth already put this up there with some of my favourite cuts from Pink-era Four Tet, and then those striking vocals come in. It’s officially the season of summer evenings. (9)

April Clare Welsh: This is just the right level of ‘spacey’ and ‘cosmic’, with these kind of gazing-out-of-your-window vocals that nod to the cloud rap of his early collaborations. It’s like a mood ring that flashes through the colors of lust, love and longing, but with enough pop hooks to feed the party. (8)

Daniel Montesinos-Donaghy: Surely because of a much-circulated photo of him wearing a snapback, Avicii t-shirt and Aphex Twin grin, Baba Stiltz is deemed an oddball. Sure, that is also true of his music – but on first impressions, this is anything but odd: it’s highly emotive, yearning dance music with a drive towards keeping an audience engaged. Pitch-corrected squiggles hover over the track, but they only accentuate an emotional pain, rather than distracting from it.  (7) 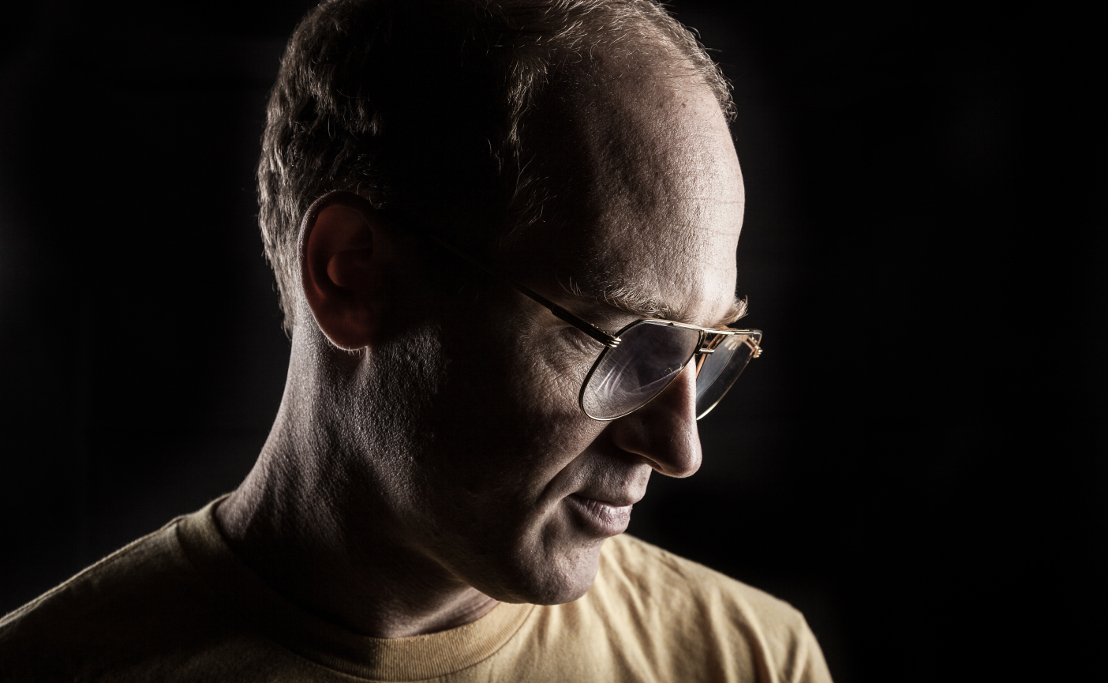 Tayyab Amin: I, for one, am in appreciation of how Dan Snaith’s gone from making modest indie disco jams looped for dance crossover to coming full circle and pointing his groove house moniker towards recursive bedroom rehearsals. It’s like dance music but with real instruments, maaan, just listen to those lifelike filters. It shuffles along quite nicely, but at the same time this is nothing more than 20 seconds of Good Bad Happy Sad’s epiphanic genius sucked of all exuberance and drawn out over five minutes. (5)

Daniel Montesinos-Donaghy: The kick-off track from his recent Fabriclive mix, ‘Face to Face’ sounds pretty skeletal: a live drum loop, a couple of bass guitars plucking the same riff, echoey chants. Yet it’s a masterful use of groove, slyly mixing around the limitations of the repetition with touches of treble and dropped notes. (8)

Chal Ravens: It’s so very uncool to like Daphni, which could explain why I have no problem with this at all? Fuck. Anyway, it’s a repro groove with a Dinosaur L/ESG/no-wave-disco flavor and the only reason you’re pissed off is ‘cos you heard how much he gets paid for a Warehouse Project set. (6)