This week, Jay-Z returns with ‘The Story of O.J.’ from his new release 4:44 and there’s a curveball from St. Vincent, whose ‘New York’ tees up a new album, expected later this year.

Elsewhere, Princess Nokia is posed for world domination with her first single for Rough Trade, ‘G.O.A.T’; Denzel Curry brings the heat on Lunice’s back-to-form new track ‘Distrust’ and Pan Daijing’s ‘Plate of Order’ is a dish best served disembodied and noisy. Here’s what our reviewers made of the week’s hottest singles. 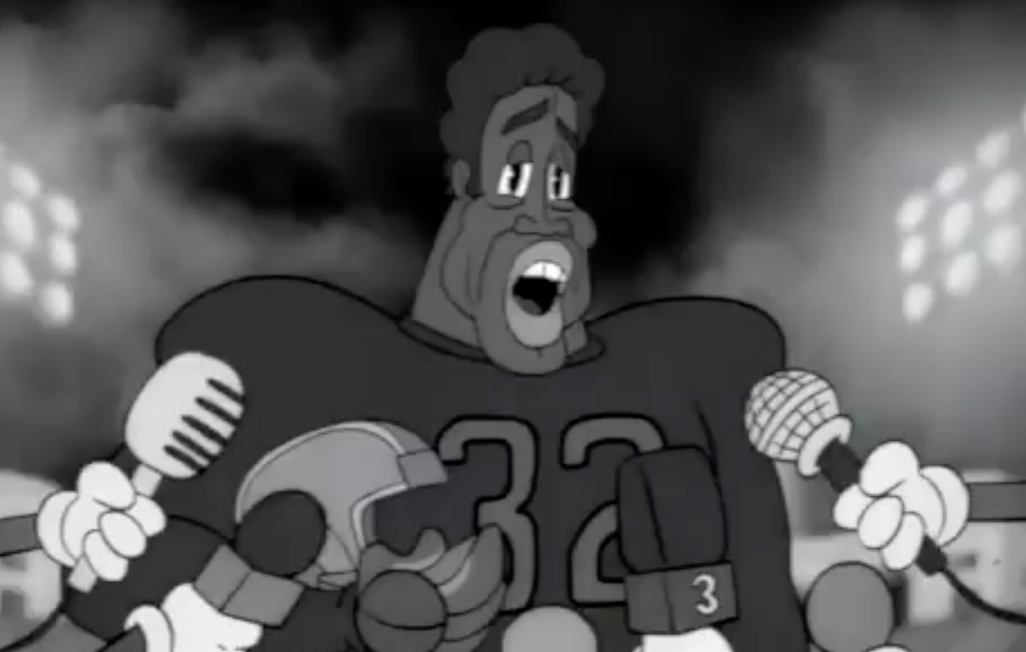 Daniel Montesinos-Donaghy: Not that it’s any surprise at this point, but Shawn Carter both swears by the capitalist machine and offers to subvert it simply by being Jay-Z. It’s intriguing to hear him spelling out the game in the way he does, but you may need to gauge the quality of the song on how you feel about hearing Jay talk about buying property. It’s fascinating stuff – knotted and inspiring in different measures – but functions more as an extended monologue than a song. As an aside, the “giving game for $9.99” line ranks Tidal near the worst of the promotional tie-in lyrics throughout his career: somewhere well above “gold bottle of that Ace of Spades” but well below “my Rocawear is fitting incredible!” (6)

Chal Ravens: Minus three points for the existence of Tidal, making me sign up to Tidal again, and for making me activate Flash in my browser to listen to this slightly tired beat’s very signposted vocal samples. Jay can’t bring himself to consider value beyond numbers here. “I bought some artwork for one million / Two years later that shit worth two million,” he raps. “Few years later that shit worth eight million.” The moral of the story is that he’s doing us all a favour – “I’m trying to give you a million dollars’ worth of game for $9.99” – but when you’ve handed over your credit card details for business advice that amounts to “do what the Jews are doing”, you have to speculate on his theory of value. (5)

Jibril Yassin: There’s a lot to unpack in this song and visual combo, the biggest revelation being that Jay is now positioning himself as a financial investments guru. “Fuck livin’ rich and dyin’ broke,” he raps over a blistering No I.D. production, for a few brief moments sounding much like the Jay of old. It’s not perfect but it’s infinitely better than his struggles on Magna Carta Holy Grail. (6)

Carl Anka: Only Jay-Z can reel off a bunch of bars about how he is considerably richer than you and make it seem like sunglasses-off rap. All the Uncle Jay hallmarks are here: superb enunciation, double entendres that go into quadruple entendres and a “hey look, I know about art now” brag. When he’s good, he’s very good. (8)

Chal Ravens: Loads of points for Annie Clark’s ability to channel “OTT emotional overspill, a la Arcade Fire” without veering into clap-along-like-a-festival-idiot territory – everything here is poised and contained, piano tripping over cushioned synth sounds, strings melting over that pulsing drum machine. Paired with lyrics so raw and upfront – and from a private person whose personal life has become the subject of tabloid speculation in recent years – the production strikes a perfect balance. Few can touch her. (8)

Daniel Montesinos-Donaghy: There is always a mourning process after something good turns sour and ends, be it a romantic tryst, a friendship or an allegiance to a certain place. In ‘New York’, Annie Clark has a new album lead single that’s straightforwardly emotive, perhaps a little overly sentimental with its strings and pulsing choir, that speaks to this affect. It’s testament to the strength of her songwriting that whatever ails you, you’ll relate to it. (8)

Carl Anka: St. Vincent drops a few “motherfuckers” here and it sounds like your pal who just moved to Peckham and discovered jerk chicken. (6)

Jibril Yassin:  A definite curveball for those who got too familiar with St. Vincent and its twisting avenues of guitar. ‘New York’ is pretty straightforward with its sentimental heart and sendup for a city we’ve heard immortalized in song many times. Yet we’re all the better for hearing Annie Clark delve into it. (7)

Carl Anka: When Princess fires off the lyric “this that Scream 3, finna kill shit/I’m a rap boo and a misfit” – that’s a rap bar *and* a manifesto. Lock yourself in, she about to go places. (7)

Chal Ravens: This is hot. I have an idea about the kind of person who would hate it, and so I find myself liking it a little extra. Calling your track ‘G.O.A.T.’ is just asking for the YouTube Comment Army to take issue with your existence, but there’s no discussion to be had here: “It’s me who took the weirdo shit to another level.” (7)

Daniel Montesinos-Donaghy: Over an echo-heavy beat by Wally West, Destiny Frasqueri’s voice sounds heavier than usual, like she’s been rapping for hours and what is on record is a snapshot of a real session. She sounds like she can rap for a few hours more, but I prefer the focused hard-nosed mysticism of last year’s ‘Brujas’ over this type of rappity-ass rapping. (6)

Jibril Yassin: Nokia coming through with some of the freshest slick-talk in 2017. Who’s out here with harder bars than “you can make fun of me/But my bank account statement is somethin’/is somethin’, is somethin’ to see”? (8) 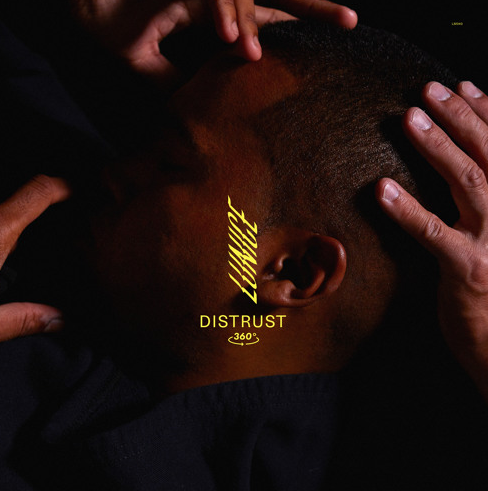 Carl Anka: I’m so here for any song featuring a Jigglypuff reference. This is a fun mess. Solid bars over a decent beat and there’s a video game-sounding breakdown at the end. Decent. (7)

Daniel Montesinos-Donaghy: Best appreciated as a collection of Cool Ideas, but too scattershot to justify a whole song. (5)

Jibril Yassin: Getting an 8 solely for that masterful switch-up because the flurry of disembodied vocals and kicks that follow some of Denzel’s most inspired rapping yet? Jaw-dropping. Here’s hoping Lunice’s upcoming album contains more incendiary tracks like this one. (8)

Chal Ravens: There is all sorts going on here, and it doesn’t always make sense, but I’m here for every second of it. The stop-start beat in the verse recalling the days of Neptunes/Timbaland chart domination, the electro-weirdo hook with its creepy bells and mangled vocals like something you might hear at a GHE20G0TH1K night, the random structure that just… ends? Stick the imperious Denzel Curry over all of that and I am waving my hands in the ay–uhh all the way from my Home Listening Portal. Lunice is back on form. (8) 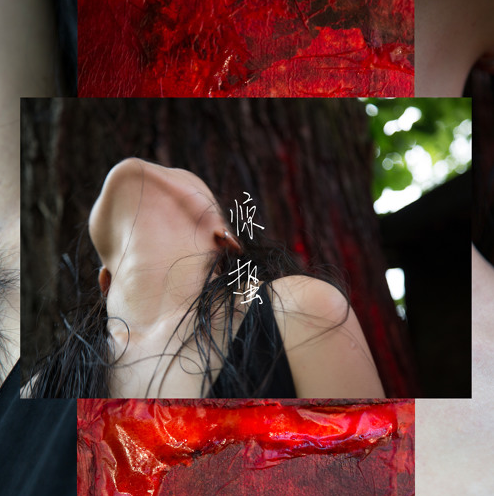 Daniel Montesinos-Donaghy: Put on your good headphones for this one: a bed of rustling noises and guitar stabs straight from a Scott Walker soundscape accompany a wordless bel canto singer, impressively purging herself of every emotion through only a few syllables. (8)

Jibril Yassin: I can get down with this. Pan Daijing is out here finessing structure and release out of some wild elements – noisy percussion and some ghostly wails for good measure – to get something that actually works. (6)

Carl Anka: A juddering death rattle. A smarter person would say “this isn’t meant to be enjoyed, but instead experienced.” I’m not a smarter person. I want something that doesn’t make my head hurt. (3)

Chal Ravens: Actually, I don’t like this. I don’t enjoy the dislocated vocal, I don’t enjoy the Parmegiani-styled noise-concrete embellishments, and ultimately I don’t think any kind of mood or intensity is actually established over the course of three minutes. Obviously it’s from an album on PAN, obviously the album will become real subject of discussion in time, and the logic of “singles” is not always possible to apply. Regardless, as a standalone, it’s not doing a lot. (4)