FACT Rated is our series digging into the sounds and stories of the most vital breaking artists around right now. This week, DJ Python – aka Luis, aka DJ Wey – tells Oli Warwick how his fusion of reggaeton and house and techno came to be, and explains what’s so liberating about switching names and personas.

It’s not often contemporary house and techno producers reach for reggaeton as an influence, but for Brian Piñeyro’s music as DJ Python it’s the essential ingredient. What makes his sound special is the way he works the bold, upfront roots of his sample sources into a subtle mix of deep-reaching techno more naturally aligned with artists like Ital, Anthony Naples and Aurora Halal.

New York-based Piñeyro is well and truly immersed in this very community of artists. He first emerged in 2014 as DJ Wey on Ital’s Lovers Rock label. Now, under the guise of DJ Python, he’s releasing his debut album on Incensio, the new label from Naples and his partner Jenny Slattery. You might have also caught him dropping a single on 1080p as Luis, or appearing on Exotic Dance as Deejay Xanax.

Dulce Compaña is Piñeyro’s most extensive release to date. It’s a hazy after-hours listen draped in plush pads and chords, comfortably aligned with the dreamier output of his fellow NY-dwelling techno adventurers. If you were to listen to the album without any prior warning, you might well miss the reggaeton reference points and instead just hear a rich collection of fractured rhythms bringing a fresh slant to mellow techno. But for Piñeyro, the whole focus of DJ Python is a very specific sound set.

“When I’m making music as DJ Python, I use dembo and dancehall samples, the stuff that reggaeton was built on in the ’90s,” he reveals. “I tried to stay within that lineage more than the stuff now, because I feel like a lot of modern reggaeton is really futuristic sounding, mixed with trap to an extent. I wanted to keep it more loopy.”

Piñeyro’s love for reggaeton reaches back to when he was at high school in Miami, when the likes of Noriega, Daddy Yankee and Luny Tunes were breaking in the States. Alongside this regular party soundtrack, he also soaked up the influence of Kompakt Records, Aphex Twin and other more ambient and experimental electronic music, which goes some way to explaining his own unique brew. 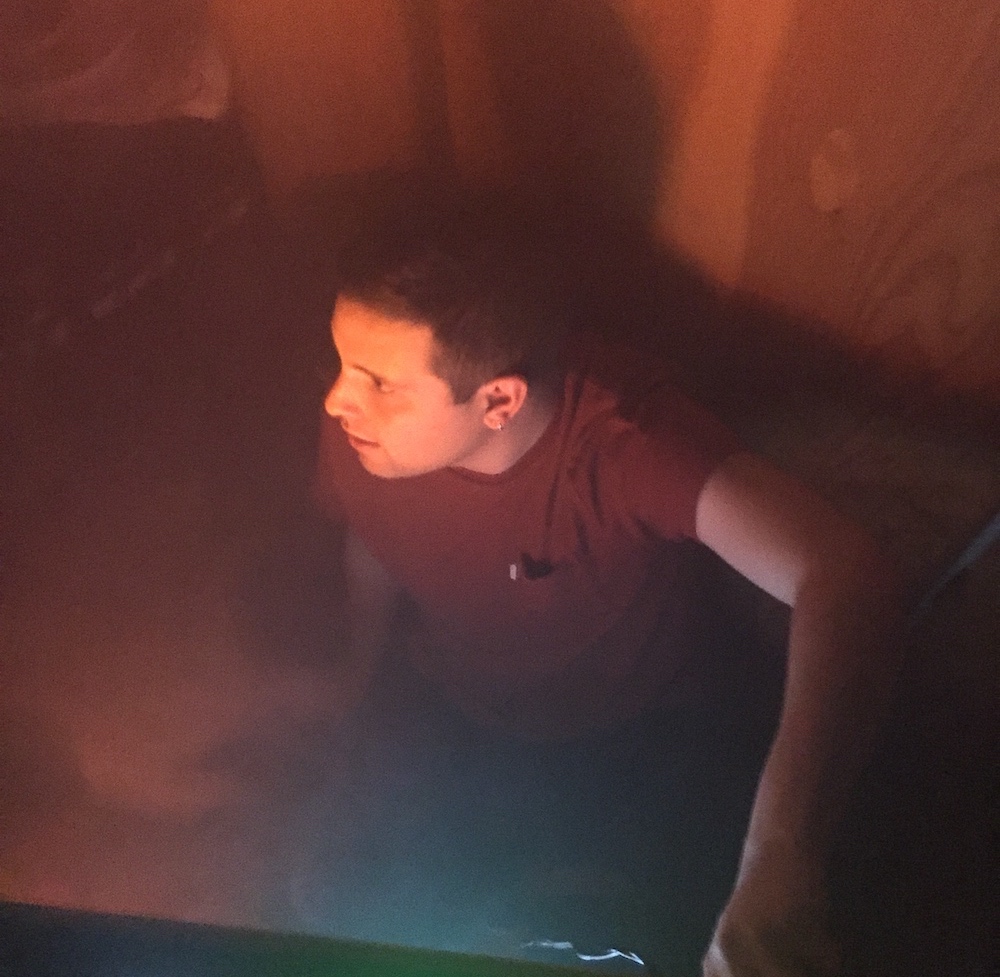 “All my aliases mean something different to me”

“I always wanted to take reggaeton rhythms and add a more meditative side to it,” he explains. “But it’s also about the music from that part of my life, and that feeling of being that age, when I was also kind of a sad person.”

The wistful, melancholic air to Piñeyro’s new album conveys this sense of nostalgia perfectly in the context of DJ Python, but the intimate nature of his craft spans all his aliases. While they share a similar tendency towards loose fit 4/4 dance music, each project has a personal significance.

“It was partly insecurity, but mostly I wanted to put things out without anyone having an expectation for it,” Piñeyro reveals about his love of mixing up his artist names. “They all mean something different to me. Luis is the name of my grandfather who raised me, so that music is me thinking about him and other people who are gone. The Deejay Xanax stuff was written after I was having crippling panic attacks all the time. DJ Wey was me finally trying to make dance music, and DJ Python is all about a perreo mix I really like by DJ Cobra.”

Time will tell whether other life events inspire new aliases, but for now Dulce Compaña stands out as the perfect entry point into Piñeyro’s unique, heartfelt world. Whether you can expect to see anyone doing the perreo to a DJ Python track is debatable, but there’s no doubt his love of reggaeton brings a welcome change to the densely populated waters of house and techno.

Read next: Kiff wants to reach Trinidad, New York and beyond with his sizzling soca-club sound