Singles Club: Björk’s first single from her “Tinder album” is one to swipe right on

This week, we enter Björk’s hallucinogenic Utopia with the first single from her eagerly-awaited ninth album, while Burial returns from the shadows with another surprise new track, ‘Rodent’.

Al Horner: Go on, Guðmundsdóttir! Our first glimpse at the Icelandic icon’s upcoming “Tinder album”, as she famously billed it in a recent interview, is one to very much swipe right on, all classic choral Björkisms and plaintive stares into a glassy emotional otherworld. Suddenly, her comparison of new material to a dating app full of people posing with a sedated tigers in their profile pics makes a bit more sense: after the heartache of 2015 breakup lament Vulnicura, the titular gate here is the one in which you let someone in, and let love out in return. “If you care for me, I’ll care for you,” she sings over the sparsest of orchestral blossoms. “Didn’t used to be so needy.” Björk, how I have needed you. (9)

Chal Ravens: 10 points for Björk just getting on with being Björk every damn day. 10 points for the way she sings “par-rrrr-ts-ssss” like she’s been doing Parseltongue Duolingo. Another 10 points for the magical, still-amazing combination of Björk and Arca, who were made for each other and have probably approached the very best of each other on this – so much space left empty, as if they’ve cleared the wreckage of Vulnicura‘s public heartbreak to make room for new growth. THEN I WATCHED THE VIDEO, OH GOD, who knew how deeply I had been willing my holographic Ferngully-on-2CB dreams to be brought to life? Another 20 points. Björk’s existence exposes the utter mediocrity of everything else in the world and we all need to get our act together. 50 out of 10, then. Or, as my editor won’t let said mockery of the Singles Club scoring system fly, just plain old perfect marks. (10/10)

John Twells: I need a Tinder record from Björk like I need a Facebook album from Scott Walker. As April remarks, it bumps down Björk to our level somehow; I prefer to think of her as inhabiting the same distant universe as George Clinton, Lee Perry and David Bowie, not scavenging for scraps in the digital dystopia. Thankfully, she’s sounding charged here in a way that brings to mind Vespertine and Homogenic, vocals melting into her unmistakable pin-prick electronics and Arca’s sweaty dissonance like butter on a pancake. (8)

Al Horner: Dance music journalism 101 decrees that Burial tracks can only be properly reviewed by listening to them on a London night bus, on a top deck scattered with empty chicken boxes, staring out a window streaked in London drizzle turned red by neighbouring brake lights. Unfortunately, it’s the middle of the day and I’m at my desk eating a Boots meal deal. Soz Burial. Here goes anyways: ‘Rodent’ is another welcome slink of elegant murkiness from William Bevan, full of pulsing bass and just a hint of sax, but this is another loosie, dropped in the wake of a May 2017 EP and a smattering of other loosies. When is the south Londoner whose two albums to date are such high watermarks going to go full-length again? (7)

Chal Ravens: I’m an open supporter of Burial’s emo-collage phase, although the Goldie refix was a bit ropey. The love was there though, and that’s what I’m here for. ‘Rodent’ actually bangs, however, and although it’s made from the simplest stuff – dead basic melody, very emosh wobbly vocals, a shake of tambourine, a squiggle of sax – it naturally benefits from the warm-and-crackly Burial filter. The Kode9 remix is pretty swish as well. (8)

April Clare Welsh: Swapping his usual rain-strewn comedown soundscapes for a ravey-ish, dubby song that is warm and meaty, ‘Rodent’ is elevated to higher ground by trickles of sax, throbbing, life-affirming percussion and a vocal loop that teases longingly, ‘What would I do without you?’ William Bevan is very much alive and real here. (7)

John Twells: I’ll never forget the first time I heard Burial. I can thank On The Wire’s Steve Barker, who pulled out a CDR while we were sitting in a studio at BBC Radio Lancashire and proceeded to play the whole of South London Boroughs while I sat in near silence – it was that fucking good. The first time I heard ‘Rodent’ I forgot it was on. I imagine this is what a lo-fi house remix of Disclosure would sound like if someone left a run-off groove skating in the background. (4)

Al Horner: Scientists have had a bit of a rough time of late, what with being consistently ignored over climate change by an American government whose response to a string of massive fucking tornadoes and other natural disasters has basically been “lol, wtf, crazy weather huh!!!!!!!.” So shout-out to Kieran Hebden for this uplifting swirl of melodies dedicated, in title if nothing else, to any lab coat-wearing ravers out there. ‘Scientists’ is a reminder, after the rougher, rhythmic propulsion of his last few records, that Four Tet remains an expert bringer of soft, dewey club happiness. (7)

Chal Ravens: It’s easy to dismiss a new Four Tet tune as twinkly bobbins for basics and salad munchers, but… well, it’s just very easy, isn’t it? Because I am old-fashioned, I’m getting confused about where Hebden is “at” right now. Some of his recent singles I have liked, others have seemed a bit twinkly. But as usual with Four Tet, I can guarantee that the next time I hear this I’ll say, “Oh yeah, what’s this one again? I like this.” I like salad too. (4)

April Clare Welsh:  ‘Scientists’ feels rather lacking in magic, tipping its hat to a dry scientific logic that favourites formulas over emotion. There are some meditative moments here, and respect to Kieran Hebden for donating 1000 copies of his new album to Oxfam, but with scientists proving that the human brain contains structures and shapes akin to a multi-dimensional universe, you have to wonder what sleepy planet Kieran Hebden’s head currently resides on. (6)

John Twells: There are plenty of artists who routinely donate records to Oxfam, but since they’re not Four Tet, nobody cares. Spare a thought for the boxes of dead stock that prop up charity shop warehouses, waiting for the time they’ll be rediscovered by someone with the influence of, well, Four Tet. On ‘Scientists’, Hebden manages to systematically fuse the transcendent harp of Alice Coltrane, the ethereal pads of Carl Craig, the wonky stabs of Autechre and the skippy rhythms of Theo Parrish. The result is more homeopathy than relativity. (5)

Al Horner: NAO has always looked back to look forward, taking influence from the past and propelling it into the future. ‘Nostalgia’, true to its name, leans a little heavier into ‘80s synths and hooks than normal, but still arrests. I await the east Londoner’s new album, currently in the works, with interest, if not insane excitement. (6)

Chal Ravens: These drums! That register! I am very down for any dancefloor business that’s somewhere between Vanity 6 and early Janet, and this channels the ambitious “throw it all in and see what sticks vibe” of New Jack Swing, an era drunk on the power of shiny new digital technology and very big drums. That obviously makes it hopelessly retro in its own way too, but I’ve not heard anyone do it quite so boldly in *this* century. Extra point for the key changes! (8)

April Clare Welsh: It’s hard to recall the joys of summer while gazing out a grey and grisly autumn day in London, but NAO manages to jog the memory. “You feel like summer,” she sings over a chintzy funk backbone. “You bring me back to life / You got me reminiscing ’bout a better time / I’m feeling lonely, I want your paradise.” It’s a soulful, sweet-tasting look at the forthcoming album from a British star helping to thaw out an icy era of R&B. Take that, pissy, drizzly September. (7)

Al Horner: King Krule is in some ways – not all, but certainly in some – the UK answer to Alex G: DIY in approach, heavy on aesthetic, in possession of a gruff, gritty vocal and on the radar of one Frank Ocean. So why don’t I love this like I love ‘Wicked Boy’? (5)

Chal Ravens: Been trying my best to nurture a proper opinion on King Krule for several years now and he’s just not quite letting me. I immediately enjoyed the first 10 seconds of this, which are like a Cramps-themed fever dream – and then realised the whole thing is meant to reference surf rock, so okay, very clever. I find his voice unlistenable to the point of laughable and I have no idea who is listening to this seriously, but if you swapped him with a singer that didn’t make me cringe so hard then I’d be into it. I love the sax! I love the production! In fact, if it was on some compilation of late ’70s post-punk also-rans I would probably be obsessed with it, so don’t listen to me. I have no idea how to mark this one! (5)

John Twells: I don’t understand King Krule either, and I’m ginger. I must have missed the memo. (2)

Al Horner: On which Guwop announces that he has “the kind of wood that makes a woman lose her mind,” which I can only presume is a reference to all the rich mahogany Gucci Headquarters is no doubt decked out in. I’m not sure this is his most memorable moment to date, nor his most sexually progressive: the entire track is spent detailing a kinda of rewards scheme for nameless lovers, lavishing them with first class flights and designer bags dependent on their sexual performance. Like a kind of Sainsbury’s Nectar card for sesh gremlins of the VIP lounge. Blurgh. (6)

Chal Ravens: I’m not sure this can be considered sans video – wanna see these two actually in a room together to process it. It’s not a standout track by any stretch, but it’ll work in the clubs and it’s a combo that shows how two very different artists can have very different paths to mainstream success, and then play with it by releasing some very “uncommercial” music – and I use that phrase in the knowledge that it’s worthless post-‘Bad and Boujee’. Notable that Gucci and Migos’ ‘I Get The Bag’ is the next track that rolls round on YouTube, and it has so much more life to it. (5)

April Clare Welsh: I tuned straight out after hearing the line “and put a hex like a gypsy.” (1)

John Twells: Don’t trust anyone who tells you they don’t have a Top 5. Gucci remains in mine and while this doesn’t have the bite of anything on Drop Top Wop, it’s still got better bass than the rest of this week’s selection. The Weeknd sounds as bored as you’d expect – cocaine’s way more fun than recording music, after all. (6) 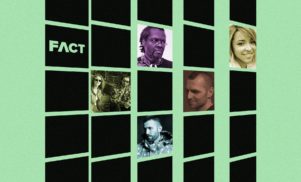 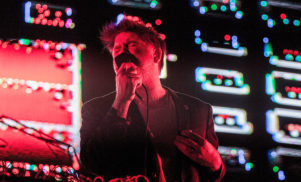 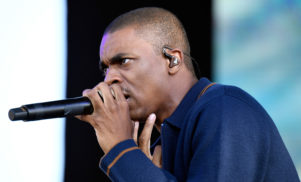 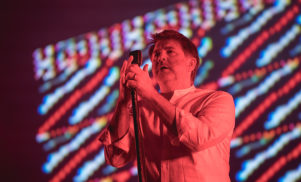 Singles Club: LCD Soundsystem return but is ‘Call The Police’ worth the wait? 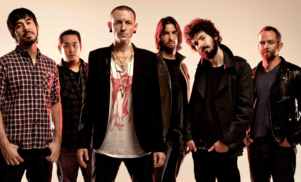