This week, misery mouthpiece Morrissey is telling us all what to do again on his first new music in three years, ‘Spent the Day in Bed’, the God of Fuck is back and wants you to ‘KILL4′ him and… shake a tail feather for Country Miley!

Elsewhere, Errorsmith lets loose a razor-toothed club beast that drives us all giddy with excitement, while Tommy Genesis’ new one ‘Tommy’ falls flatter than a pancake. There’s also a krautrock fantasy from techno vet James Holden and his new band The Animal Spirits. Here’s what our reviewers made of the week’s biggest singles…

Morrissey – ‘Spent the Day in Bed’

Scott Wilson: After Morrissey declaring Brexit “magnificent”, Morrissey selling offensive T-shirts and Morrissey likening slaughterhouses to Nazi concentration camps, it’s unsurprising that Morrissey is now writing lyrics that sound like they were inspired by long nights spent watching YouTube conspiracy vlogs. There’s about 20 seconds of this song that reminds you of the talent that Morrissey used to be, but it’s drowned out by unnecessarily glossy production and tone-deaf social commentary. (2)

Claire Lobenfeld: Morrissey sure does talk a lot for someone who doesn’t want to do much. I appreciate what he represents to people and I will forever adore the music of The Smiths and so much of Moz’s solo catalogue, but good god, “the news contrives to frighten you,” but so many are small and alone anyway and they need us out of bed and fighting. (5)

Chal Ravens: *Adopts brace position* Holy shit! What the shitting hell is that grisly EDM squiggle infesting the verses like an LED maggot?! Oh man. It’s such a tatty way of trying to prove you’re still with it, throwing some flabby electronics into your new popular music single for no reason at all – and yet, and yet! It’s not as hateful as it could be. And actually, this is about the least flabby Moz has sounded in a while – he’s always been better with a jangle and flutter beneath his vocals, rather than stodgy Britpop guitars (sorry Boz). I like the words too! This is good! But don’t listen to me – I enjoyed Autobiography very much. Even the 50 pages about the lawsuit. (7)

John Twells: “It’s not as hateful as it could be,” Chal? Is that where we are now, praising something for not being completely loathsome? Have we normalized Morrissey’s latter-day shitness? If this was on Viva Hate or Vauxhall And I it would sound like an atrocity; here it just sounds drab, out of touch and frankly, pointless. (3)

Miley Cyrus – ‘Week Without You’

Chal Ravens: Miley is a credible transmitter of almost any pop style – tweeny party-pop, loopy psych-rock, absurd faux-trap – but even with her country & western pedigree, this is kind of a weird retro flavour to be borrowing from at this precise, exact, current moment. “Hey y’all! ‘Member jukeboxes? ‘Member soda fountains? ‘Member segregated park benches? Them were the good ol’ days!” Really, really weird. (5)

Claire Lobenfeld: I’m excited to hear more from Country Miley (who is great), but she badly needs better songwriters. (6)

John Twells: Dolly Parton had bangers, Scott. And while Miley used to have Bangerz of her own, this ain’t no ‘Drive’. It’s a damp dish towel of a tune. (3) 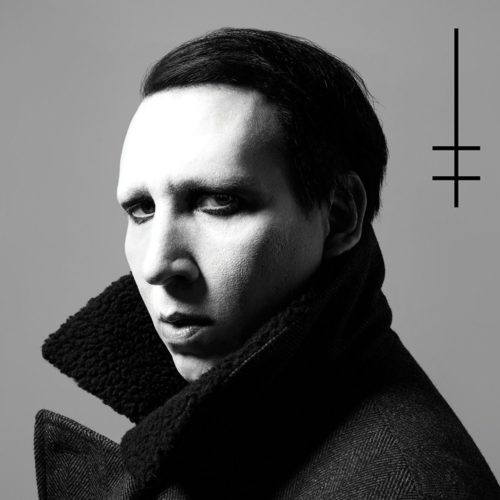 Claire Lobenfeld: The best thing Marilyn Manson, the band, has done post-Holy Wood is get in with producer Tyler Bates. The Pale Emperor was the first truly impactful Manson album since Mechanical Animals and it’s great to hear them back at it, finding a cleaner palette for Manson, the man, to espouse his tried and true observations on America’s uneven relationship with violence. Although the sound is a little bit dated, this is another great piece of evidence that Heaven Upside Down has the potential to really wow. (7)

Chal Ravens: It’s the Queens of the Stone Age x The Killers collaboration that we never asked for, and it sounds like the mid-00s. I am reborn! (6)

John Twells: If you were wondering whether Brian Warner is still a puerile fuckwit, look no further than his recent tete-a-tete with The Guardian‘s Alexis Petridis. This grown-ass rich white dude is still so desperate to “shock” he hides behind the door of a hotel room waiting to jump out and scare Petridis, before flicking him in the balls and offering up his poor girlfriend as tribute. He comes across like a complete cunt; ‘KILL4ME’ is no better. (3) 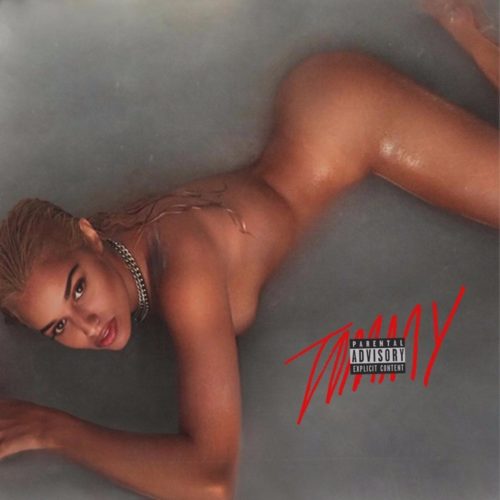 John Twells: I’ve enjoyed Tommy Genesis in the past, but her sultry promise has been drugged into apathy here as she mumbles her way through a beat that’s about as memorable as an episode of American Dad. (3)

Claire Lobenfeld: This. Is. SO. Boring. Who. Cares? Listen, I’m shelling out a few points for Awful affiliation, but I am so bored by this flow and everyone else who uses it without adding an ounce of personality. Trends are fine, but you have to add your own flavor. Please pass the salt. (3)

Scott Wilson: I’m with Claire on this one. The beat bangs but the flow is just too dry for me. (3)

James Holden & The Animal Spirits – ‘Each Moment Like The First’

Chal Ravens: The best and worst aspect of this track is that it’s the recording of the first rehearsal, so apparently Holden is making quite a lot of it up as he goes along. And, well, it shows. That’s not a bad thing necessarily, but the way some of the melodies barge in uninvited, overlapping in dissonant layers, did make me think I had some music going in another tab. As an Official James Holden Fan Club badge holder, it pains me to award less than 10/10, but it just doesn’t feel as essential as any of the singles from The Inheritors. (6)

Scott Wilson: Usually ‘improvised modular jam session’ is enough to have me running for the hills, but I have to disagree with Chal here. The best James Holden tracks for me are ones like ‘Lump’, ’Idiot’ and ‘Gone Feral’ – tracks whose melodies threaten to spiral off in unexpected directions. ‘Each Moment Like The First’ does that but adds the dreamy, cotton-wool feel of his remix of ‘The Sky Was Pink’ and somehow also ends up sounding a bit like Rock Action-era Mogwai. I think it might be one of my favorite James Holden tracks, and I don’t say that lightly. (9)

Claire Lobenfeld: Whatever krautrock fantasy world this comes from, I want to go to there. (8)

John Twells: Unlike Chal, I’ve never been a member of the James Holden Fan Club, so this took me by surprise. Scott’s Moggers mention and Claire’s scream of “krautrock” are spot on comparisons – there’s something pleasingly out-of-time about ‘Each Moment Like The First’. It’s decidedly uncool and all the better for it. (7)

Chal Ravens: Errorsmith is on an absolute TEAR, fuck! That A+ set of tunes he did with Mark Fell was pretty much my favourite club record of 2015, and now we’ve got a whole new album full of tracks like this to devour. This one is a true demolisher – highlights include the total cognitive breakdown in the middle when all the rave synths go Lemmings and start crashing into each other and falling off cliffs – and Singles Club’s best in show. (9)

Claire Lobenfeld: This track seems to be fighting against itself, but in a good way. The ecstatic bits contend with the dark backdrop before you are hit with momentary euphoria before the cycle starts again and it works. (7)

Scott Wilson: I can’t pretend to be remotely impartial about ‘I’m Interesting, Cheerful & Sociable’ because Errorsmith has made at least three of my favorite tunes of all time, but even still, this is fucking brilliant. Maximal, hands-in-the-air lunacy that doesn’t take itself too seriously and somehow he does it all with four different elements. Less apocalyptic doom techno and more of this in the rave please, God knows we all need it right now. (10)