This week, Giggs teams up with Popcaan for ‘Times Tickin’, while The Breeders’ original lineup returns for their first song since 1993.

Elsewhere, AJ Tracey is back with ‘Quarterback’ and FACT favorite Helena Hauff drops her first official release for Ninja Tune. There’s also an oddball pop dispatch from U.S. Girls and a warped techno banger from veteran Claro Intelecto. Here’s what our reviewers made of the week’s biggest tracks… 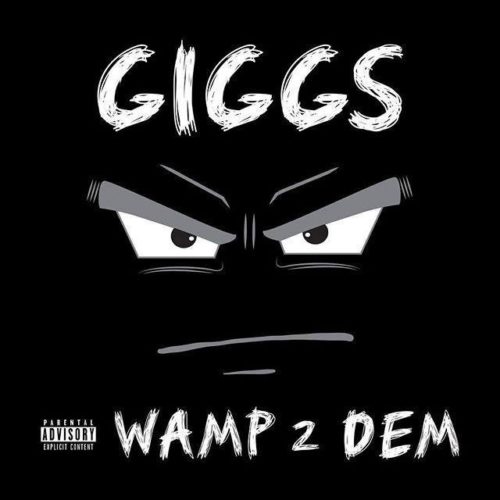 Al Horner: Giggs goes hard on a track. In other news, water is wet, the Tories are bad, death and taxes, etc etc. The Londoner had more eyes on him than ever for new release Wamp 2 Dem, thanks to some Canadian guy called Aubrey? Unfazed, Giggs proceeds like it’s just him and his thoughts here, gliding through the darkness on a bass line heaven-made for his charcoal-y brand of malice. Consider yourself wamped. (7)

Chal Ravens: Very serious material, this – subtly addictive, bare-bones menace with a vaguely late ‘90s steez to it. It’s a pleasure to hear Giggs taking his own sound in a different direction while herding a bunch of transatlantic talents in line with him, and Popcaan sounds perfectly in tune with the vision here. Rewind, again and again. (7)

John Twells: Nice dusty Mo’ Wax-style beat here – almost feels as if Roots Manuva could pop out for a guest verse at any moment. Or as if we’re about to be blessed with a double-CD of remixes from the entire nu-IDM community. A freshly energized Giggs holds it down though and Popcaan sounds as bizarre and brilliant as ever. (6)

April Clare Welsh: In an all-smiles grime-pop world of Little Mix and Stormzy collaborations, Giggs remains the perfect monotone-sounding constant of hard-boiled UK rap. This track has it all: a touch of Wiley-style goofiness, Popcaan’s bizarro vocal and a moreish noughties bass line. Giggs’ new mixtape is proof that he can take down the competition with (another) Nutcracker sample and still sound menacing. National treasure. (8)

The Breeders – ‘Wait in the Car’

April Clare Welsh: Good morning 1993! The Breeders are back with another blast of hooky grunge-pop that’s as tight as my ‘90s-era tie-dye velvet flares. This is pretty much the perfect continuation of Last Splash, so if you don’t like that album, you probably won’t care much for this. And extra yes to Kim Deal’s NPR quote about the song: “I struggle. So in the song I’m a delusional, self important, grandiose paranoid who never says the right thing. But I try.” (8)

Chal Ravens: Much like every other Breeders track I’ve ever heard, I would like to have stronger feelings about this. I missed the call as a teenage Pixies fan and never bothered to catch up. And because this sounds like all the other Breeders songs I’ve heard, it’s hard to muster much enthusiasm beyond: “Neat.” (4)

John Twells: Let’s get this straight – although I’m very much the target audience here (yes, I did worship The Breeders, Belly, Throwing Muses and the Pixies when I was at high school), it’s hard for me to muster up a great deal of interest. I don’t need bands to re-appear as sober reminders that age all too often removes ambition and creativity. ‘Wait in the Car’ is enjoyable, but so is Last Splash. We should demand more, not more of the same. (4)

Al Horner: The Breeders’ songs always sounded like clapped-out bangers who’ve suffered their share of fender-benders, racing along to their destinations with smashed rear-view mirrors, bumpers dragging along the freeway floor. ‘Wait in the Car’ doesn’t hit quite the same gear as their classics, but doesn’t totally stall either, tootling along with juuuust enough grungey charm to justify the comeback. (5)

Al Horner: Having saluted Brazilian footballing hero Thiago Silva on a track last year and shown his tactical knowledge on ‘False Nine’ this summer, AJ Tracey is something of a grime Gary Neville, to the point where you might expect his next single to be called ‘Zonal Murking’ or something. But no! ‘Quarterback’ sees AJ catch an American football metaphor and charge for the touchline with it, switching up sports like he switches up flows. Okay, so he probably won’t be playing the Super Bowl half-time show as a result of this new EP standout’s piano trills and bass throbs, but it’s further proof of a talent on the ascent. Touchdoooown. (8)

Chal Ravens: I tend to switch off when MCs retreat to the murkier end of the spectrum, and with AJ Tracey poised for breakout success it’s disappointing to hear such a capable MC sounding so anonymous. The lad’s got loads of charisma on stage but a little more risk-taking in the studio would be welcome to avoid this kind of dreary, half-hearted aggro. (3)

April Clare Welsh: I have a lot of time for AJ Tracey but I’m with Chal – this is a bit limp and dreary, especially when Tracey’s fans have supposedly been waiting around for it. I’m not sure whether there’s some sort of American *thing* going on here, but the presence of Migos producer Keanu Beats and that ‘Bad and Boujee’ reference suggests that Tracey is too preoccupied with affecting that trans-Atlantic union here. Put the trap down! (4)

John Twells: Chal and April have it spot on – AJ’s impressed in the past but this is anonymous in an scene that’s teeming with personalities. The beat’s second-rate Zaytoven piano flourishes don’t do ‘Quarterback’ any favors, either. (3)

Al Horner It is ludicrous how much I like this, and how many times I’ve listened to it since it dropped. I hope you guys appreciate that writing this blurb is going to involve me stepping outta the warm, funny haze it puts me in, to be able to form coherent phrases instead of the bunch of soupy noises (“mmguuuuwwwwahahhhhmmmmmm”) and heart-eye emojis that, till this very moment, have been my only ways of expressing my adoration here. Alright then, here goes. Helena’s ‘Gift’ is exactly that – a four-minute treat of hardware-driven, acid-tinged, arpeggiating lushness full of pastoral colors that extend beyond its autumnal video. The new EP it features on, Have You Been There, Have You Seen It, arrives on October 27 – if its three other tracks are as good as this, it’ll be up there with her best output to date. (9)

John Twells: Fuzzy, Drexciyan industrial electronics. It’s hard to argue with; Hauff knows the genre, knows her hardware and is an expert at recreating the druggy grit of the era. But does it add anything new? (6)

Chal Ravens: Awkward, gangly, filth-ridden electro, just the way we like it when Hauff is serving. Like a lot of her recorded output, ‘Gift’ is pure homage, and you couldn’t really imagine anyone but her letting it loose in the club. (6)

April Clare Welsh: I’ve heavily bought into the Helena Hauff brand of analog robot funk and couldn’t have hoped for a sleazier, addictive introduction to this new EP. Anyone who’s ever had the pleasure of seeing the Hauff DJ will confirm that she was literally Born To Do It – and nobody has made smoking look that cool since Audrey Horne from Twin Peaks. (8)

Chal Ravens: Has anyone sounded so simultaneously frothy and bleak since ABBA’s depression-disco heyday? It’s like cyanide in your strawberry shake. U.S. Girls pulls it off so easily on this horror-pop confection, which bodes very well for the new album. (7)

John Twells: Megan Remy’s fractured pop has impressed for years and while her more recent material lacks the ferric warble of her Siltbreeze output, it sounds perfectly in sync with her vision. Chal’s ABBA comment is spot on – this is disco pop with smeared eyeliner, a shattered champagne flute and a ripped party dress. (7)

April Clare Welsh: U.S. Girls’ songs always makes me think of ‘70s slasher Black Christmas for some reason, and I’m not quite sure why. So here we have another Black Christmassy dreamscape, but one that’s as polished as a bauble and filmed in HD. I hate to be that person, but the more warped and lo-fi with U.S. Girls, the better, and this needs more weirdness. (6)

Al Horner: I had to check this was the same U.S. Girls, an artist I’ve always known for obtuse experiments in noise and texture, not the sleek disco majesty I’m hearing here (admittedly, I missed 2015’s apparently poppier Half Free. Oops). Sonically, Toronto-based Meg Remy’s ventured far from her roots – this is all Blondie glam and big vocals. Thematically though, Remy remains mad as hell at the same things she always has – namely American dick-swinging in international politics, as visible in the track’s video. With its doomed love song feel, it’s a torch song from an artist who sounds ready to torch the entire system. (7)

John Twells: This isn’t my favorite track on the new Claro Intelecto album but it’s a good indicator of what to expect: bleak, reflective club music thick with texture and high-minded sci-fi undercurrents. Take it to the fucking warehouse! (8)

Al Horner: The electronic buzzing juttering in and out of this makes me think of the AI bee drones in that episode of Black Mirror gaining sentience and going to Panorama Bar. Into it. (7)

Chal Ravens: A whole bunch of intense computer music elders are back on the warpath this year! I’d expect nothing less than a freaky, electrically-charged rubble-maker from this techno veteran, and ‘Kozyrev’s Mirror’ delivers all of that and a pitch-black cherry on top. ‘Tis the season for lamenting how much better that damn Blade Runner 2049 soundtrack could’ve been! (7)

April Clare Welsh: This is a deep-freeze testament to the myriad possibilities of techno – a cavernous, whomping sci-fi epic that piques your interest with every new plot twist. Can’t wait for the sequel… (7)