Singles Club: Will Smith’s EDM debut ‘Get Lit’ is a glorious disaster

This week, Will Smith conjures up an EDM nightmare with ‘Get Lit’ – his first single in over a decade – while rising UK rapper Dave goes in on Theresa May, Donald Trump, those responsible for the Grenfell Tower tragedy and more on hard-hitting new track ‘Question Time’.

Elsewhere, FACT favorite Kamaiyah unbottles more of her hitmaking essence with another seamless jam, Cassie teams up with G-Eazy for an exercise in effortless cool, Kehlani is back, and there’s a new one from UK rap crew 67. 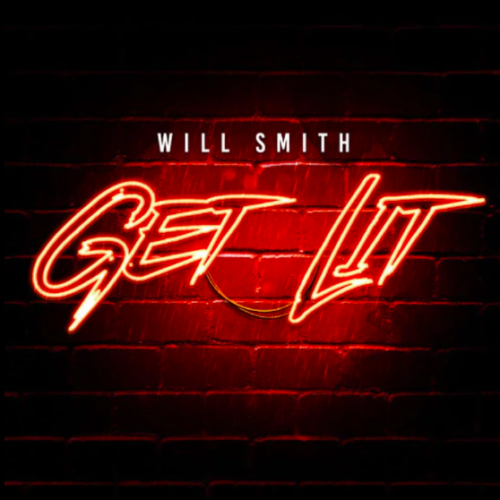 Al Horner: So, growing up during the Golden Age of Will Smith, I spent a lot of time – like, a ‘wait, I did have friends… right? Right!?! MUM!??!?’ amount of time – one summer learning Big Willie Style raps, but replacing all mentions of “Will” with “Al” (“who’s that kid in the drop? Who else? Al Horner!”). Which makes me a) yes, very lame but also b) very qualified to call this EDM car crash the Wild Wild West movie of Will Smith singles – a frankly fucking mental genre leap that’s actually kinda fascinatingly shit, rather than the Collateral Beauty of Will Smith singles (just plain shit). Jaden needs a better password on his laptop, because I am one billion percent his dad, in actual Yer Da mode, raided his Tidal (Jaden is definitely a Tidal guy), found the playlist titled “Major Lazer is doooope!!!!!!!!” then searched his Facebook inbox for hip young phrases-cum-song titles. This is wicky-waa, wicky-waa, wicky wild wild Horner, Al Horner, desperado, rough rider, calling ‘Get Lit’ a glorious disaster. (5)

Chal Ravens: Woah. Wow. Huh. Fuck it, I don’t even hate this. It’s got that irrepressible, Tom Cruise-bouncing-on-Oprah’s-sofa kinda attitude to it – Will is having fun and if you don’t like it, he’ll flash you a mile-wide smile, hand you a leaflet and ask if you’d like to “discover your true potential?” Keep on keeping on, Will. (5)

April Clare Welsh: I think someone’s been taking tips from Kim Dotcom on how to channel your mid-life crisis into a ‘hit’ song for the kids, because the Fresh Prince doth protest too much. You can almost see Big Willie shouting from the rooftops: “I AM OK IT’S FINE, I AM STILL RELEVANT!!” while a giant fire-breathing robot gifts EDM gloves to the crowd of onlookers. This is souped-up, Tomorrowland-primed entertainment, not the “back to basics with DJ Jazzy Jeff” lie Smith is touting, but, as Chal says: Willie’s  “having fun,” and who am I to deny him that fun? (5)

Chal Ravens: This is what you get when you demand that artists get political… Alright, as it goes, this is listenable – Dave has a great voice, the beat is nice and the lyrics are astute, but it does feel a bit like he’s rapping his homework: “Everyone who knew about that cladding should really be going prison under rule of joint enterprise,” he says, referencing the Grenfell Tower fire while attempting to rhyme “enterprise” with “every time”. But to be honest the rhymes are irrelevant – there are a whole bunch of non-rhyming couplets here, but it doesn’t really matter when the message is so clear. After all, Eminem is VERY good at rhyming, and we know how that turned out. (6)

Al Horner: Dave knows his way around a punchline, so it’s interesting to see him here swerving burns for something plainer and more punishing – information. Yeah, alright, ‘Question Time’ is a bit scatter-gunned in its politics – what could have been a brutal takedown of Theresa May, a bout of fury aimed at those responsible for the travesty at Grenfell Tower or even a view from across the pond on Donald Trump’s attention economy dictatorship, instead ends up a bit of a “everything’s shit, isn’t it?” mish-mash of all of the above. But then again, everything is shit at the minute in British political terms, and even if his message is broad, the rage is real and voices like his are vital at a time when we’re preparing to stumble off a moral and financial cliff. (9)

April Clare Welsh: Dave’s got the ears of the nation in a firm grip – I reckon even yer gran would have him round for tea – so this political tract will certainly not go unheard by its target audience. His seven-minute say-it-as-it-is soliloquy runs through a check-list of all the monumental fuck-ups, tragedies and failings of this shitshow of this world and country, from NHS cuts and Grenfell to Palestine, trashing the Tories and Theresa May in the process, but maybe not enough? However, it still feels more heartfelt than the constant stream of ‘X gets political on new track’ emails that land in my inbox every bloody day. Let’s get Dave on actual Question Time please. (8)

John Twells: All art is political by its existence – art produced by artists who sit outside of the mainstream even more so – but to hear Dave talk so clearly about how fed up he is with the status quo feels particularly important. Of course these subjects have been touched on before, but that’s not the point – the noise form all areas of society HAS to be deafening. If we want genuine change, we’ve got to ask for what we need in no uncertain terms and never cease questioning the systems of oppression that bind us. (7)

Al Horner: These lavish music videos don’t make themselves, so a moment please to appreciate Kamaiyah’s dedication to ’90s-style, high life-luxuriating promo clips: “I thought I was going to die,” she wrote on Twitter recently, having fallen off a jet ski while shooting ‘Successful’. “I can’t swim… lol.” It’s good to know the otherwise seemingly perfect and invincible Kamaiyah, whose A Good Night in the Ghetto was a champagne bottle-pop of West Coast flair in urgent need of a follow-up, has at least one flaw. (8)

Chal Ravens: It seems like Kamaiyah just exhales and an absolute megahit takes shape before her ears. ‘Successful’ comes off like a breezy, bouncy celebration of popping bottles and riding jet skis (the video is a straight-up tribute to late ’90s rap excess) even as that laid-back West Coast production disguises the real issue: “They don’t wanna see me successful,” notes Kamaiyah, who just keeps on smiling as she basks in the glare of the haters. It’s been too long since A Good Night in the Ghetto – we desperately need more from the Don of DGAF. (8)

John Twells: Kamaiyah’s success is in itself rebellion, so to position herself as a ’90s-style symbol of pop power – with all the lavishness that accompanies it – is radical. It’s a middle finger to the establishment and a bangin’ party tune to boot. Bring on the album. (9)

April Clare Welsh: The best thing about this new track and about everything Kamaiyah does is her commitment to Having A Brilliant Time All Of The Time, and that commitment is even more real on ‘Successful’ – she nearly died making the video, for god’s sake! I’m a sucker for anything that even even hat-tips the ‘90s so Kamaiyah’s low-slung party jams are like manna from G-funk heaven for me. I couldn’t get enough of A Good Night in the Ghetto and I can’t get enough of this. (9)

Chal Ravens: She lives! And she’s… with G-Eazy! This is a weird situation, but we’re gonna help Cassie through it because if anyone deserves to be an R&B legend, it’s her. I actually really like this – the smoky, low-key vibe is classic Cassie, the hook is simple and catchy, G-Eazy’s appearance is unobtrusive and the stage is set for a grand return. (7)

Al Horner: Cassie’s been lost in some kinda R&B Bermuda Triangle for a like a decade, and while this isn’t the most stunning of comebacks, at least she has come back. Certainly, the hook’s on point, the mood is right (all airy and seductive) and those spacious echoes that stalk the backdrop here? Luuuush. I could maybe do without G-Eazy here though. (7)

April Clare Welsh: I love a sad ’n’ steamy jam as much as the next loser in love, but does G-Eazy have to show up and spoil the party? Cassie’s self-love is real and her voice carries the song’s maxim high above the fog of despair – G-Eazy’s verse only drags it back to reality with an uncomfortable thud. (6)

John Twells: I’m with April and Al here, G-Eazy’s stale funk hangs around Cassie like a fart in an elevator. But at the same time, it’s hard to argue with more Cassie – she never disappoints. (7)

Chal Ravens I’ve never really got down with Kehlani’s all-drama, all-the-time shtick and this track won’t be changing that. It’s very Lana Del Rey x The Weeknd @ Coachella for H&M [limited edition]. Does nothing for my heart. (2)

Al Horner: I do love Kehlani and will fight anyone who says You Should Be Here isn’t the pure distilled magic of an actual R&B pop genie, but this could have been written for ZAYN or any number of other R&B leaning pop stars. The most positive thing I can say about this is the dude with the horse head at the end of the video just put me on a 10-minute thought train about what a live action Bojack Horseman movie would be like. (4)

April Clare Welsh: This can only be called a Halloween anthem in the sense that the pseudo-emotional production strikes fear into my heart. There is also a horse in the video. (3)

John Twells:  When did Kehlani turn into Sia? Music industry, is that you? (2)

Al Horner: I love the clanky, galloping beat more than what the usually dependable 67 do with this. (6)

Chal Ravens: Standard case of wanting to be more excited by this than I am, TBH. The production has some interesting bits, little clanks and creepy chords, but they end up smothered by the heavy-lidded bars and obligatory sirens and shots. I feel like there’s a more interesting way to access this mood – LD’s hook has some fire to it but the rest kind of slides by. (5)

April Clare Welsh: Let’s Lurk definitely cuts a lot deeper than this, but it still bangs hard. Liquez’s liquid, money-loving verse is my fave (“cause right now we’re wrapping up the music scene, green Orange, blue notes are pink, know it true say I love the queen”) but I’m with Chal on the production – it’s a little smothering in parts. S/o to my new bus route though – the 67! (6)

John Twells: 67’s Swiss Army Knife style is always engaging and ‘This Time’ doesn’t disappoint – all disaffected sneer and exasperated chat. If they sound a little tired, it’s probably because they are. I don’t have a problem with the skeletal production either – it adds a menacing backdrop to 67’s monochromatic South London horror stories. (7)