Ear candy: 7 of the best Bluetooth earphones for under $200

With the headphone jack in danger of going extinct quicker than physical media, the need for a pair of wireless earphones to listen to music on the move has never been more urgent. Tom Wiggins picks seven of the best for replacing those wired earbuds.

Like batteries and toilet paper, cheap wireless earphones tend to be a false economy – but that doesn’t mean you have to break the bank to get a good pair.

For years Bluetooth in-ears were unwieldy and cumbersome, sacrificing comfort and sound quality for the sake of ditching the 3.5mm jack. It made no sense. You could get a far better pair of wired headphones for the same amount of cash. But then Apple removed the headphone jack from the iPhone and forced people to make a choice: buy Lightning headphones that you could only use with your phone, or go Bluetooth. Suddenly millions of people wanted wireless earphones – and they needed to be good.

The thing about a wired pair of in-ear headphones is there’s not much to them: two earhole-sized speakers, a bit of cable to connect them together and a 3.5mm jack – that lightweight simplicity is what makes them so appealing. But when you snip the wire there are two main things that need to be added: a Bluetooth unit and a battery. Those are difficult to integrate into in-ear headphones without adding so much bulk that the convenience element goes out the window, but the latest Bluetooth in-ears are almost indistinguishable from their wired counterparts.

Anything Apple does immediately sets a trend for others to follow, so it looks like the wire’s days are numbered: Google’s Pixel phones use a USB-C connector instead of a headphone jack, and so does HTC’s U Ultra. If you haven’t already found yourself in the market for some, that means chances are you will very soon – and when picking a pair there are a few things to consider.

Firstly, make sure they fit inside your ears snugly, otherwise they won’t sound as intended. If you plan to use them for exercise you’ll want a pair that comes either with ear hooks or rubber fins that hold the buds in place while you work out. If you really plan to feel the burn while you wear them, you might want to invest in a pair that are sweatproof too. It’s amazing how much your perspiration has in common with the Xenomorph’s blood in Alien.

Also remember that the less there is to a pair of Bluetooth earphones the less time the battery is likely to last, so work out if that’s a compromise you’re willing to make, otherwise you might have to put up with a bit of extra weight.

If you fancy being an early adopter, you could even ditch the wire entirely. While it’s still early days for wireless earphones, the tech is getting sufficiently smaller now that many companies are launching pairs that just consist of two independent earpieces – super-compact but worryingly easy to lose.

However much you have to spend (as long as it’s under $200), here are seven pairs of Bluetooth in-ears that will untether your tunes from your phone. 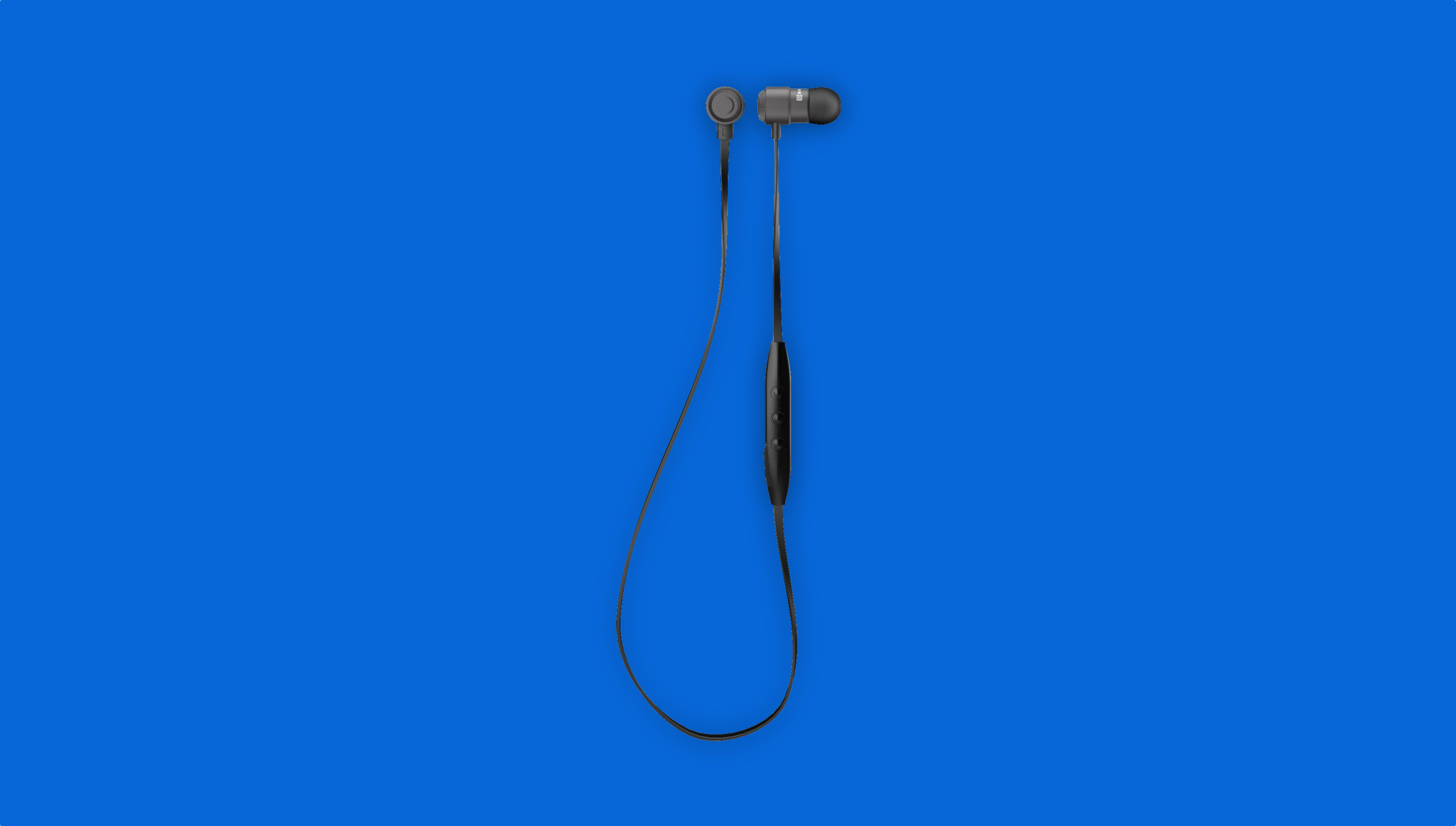 With the battery, buttons and Bluetooth packed into a thin plastic strip just below the right earbud, Beyerdynamic’s Byron BTs are about as slimline as you’re going to get. There’s hardly anything to them, which probably explains the middling battery life and very occasional signal dropouts, but considering the BT’s energetic performance and natural-sounding bass, they’re not frequent enough to count against these very affordable buds.

Each one is magnetic, so when you’re not using them and they’re hanging loose, you can clip them securely together like some sort of nerd necklace. The Byron’s only truly annoying trait is the low-battery warning, which only kicks in five minutes before it dies. That’s not particularly helpful when you’ve just embarked on a long journey, so you’ll need to get into the habit of charging them regularly, but considering the price, comfort and sure-footed sound that they produce, these top-notch all-rounders should be on everyone’s shortlist. 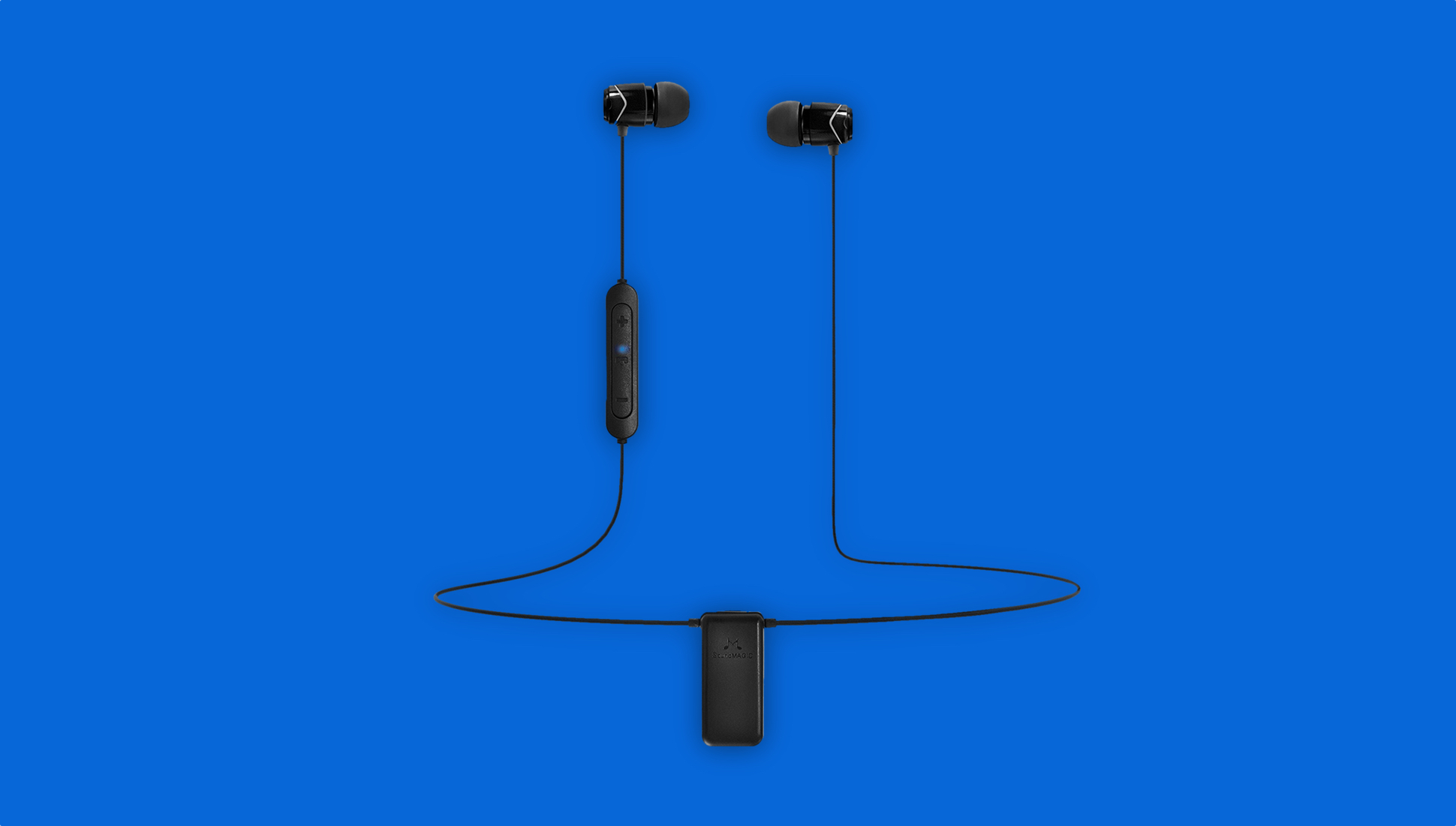 SoundMagic’s wired E10 earphones are FACT’s go-to option for anyone looking to upgrade the buds they got free with their phone – these are their wireless equivalent. Sound is solid and dependable rather than exhilarating but for the price there’s not much better.

Our one qualm comes with the design, which includes a black battery box that the wire for each earbud protrudes from. It’s too heavy to just let hang loose, so the manual suggests you should clip it to your collar at the back of your neck, with the box itself stowed inside your clothes. It feels a bit odd, but attach it anywhere else and the wires are either too short or the buds are the wrong way round.

Once you get past the fact that it looks like you’re wearing some sort of tracking device they’re pretty comfortable, plus the larger battery box should keep you going for around 12 hours before they need a re-up. 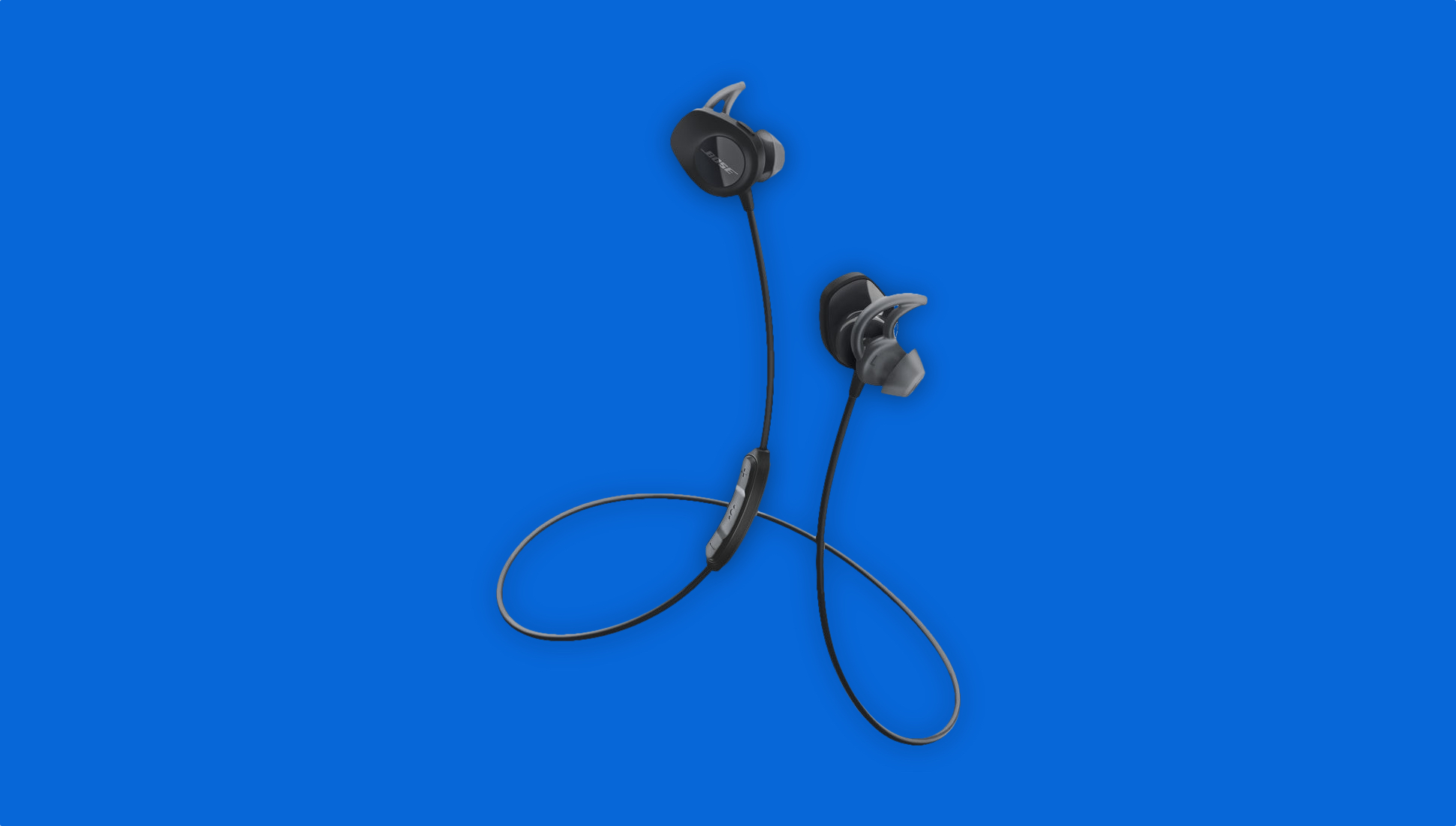 These oversized earbuds won’t be to everybody’s taste, but if you want a pair of gym-ready earphones that don’t make you look like Richard Simmons after a trolley dash around Sports ‘R’ Us, Bose’s SoundSport Wireless are as subtle as sports headphones get (as long as you don’t pick the bright blue ones).

The reason those buds are so bulky is that Bose has stuffed all the necessary extra electronics and batteries inside them, leaving a very small remote that weighs them down. Each one has an extra fin to add stability when you’re wearing them, which is required due to the extra weight on each one, but once they’re in they stay in.

Sound is punchy and dynamic, perfect for keeping you motivated when you’re on the move, and if you want a pair that will also measure your heart rate the SoundSport Pulse earphones for $200 are just as good. 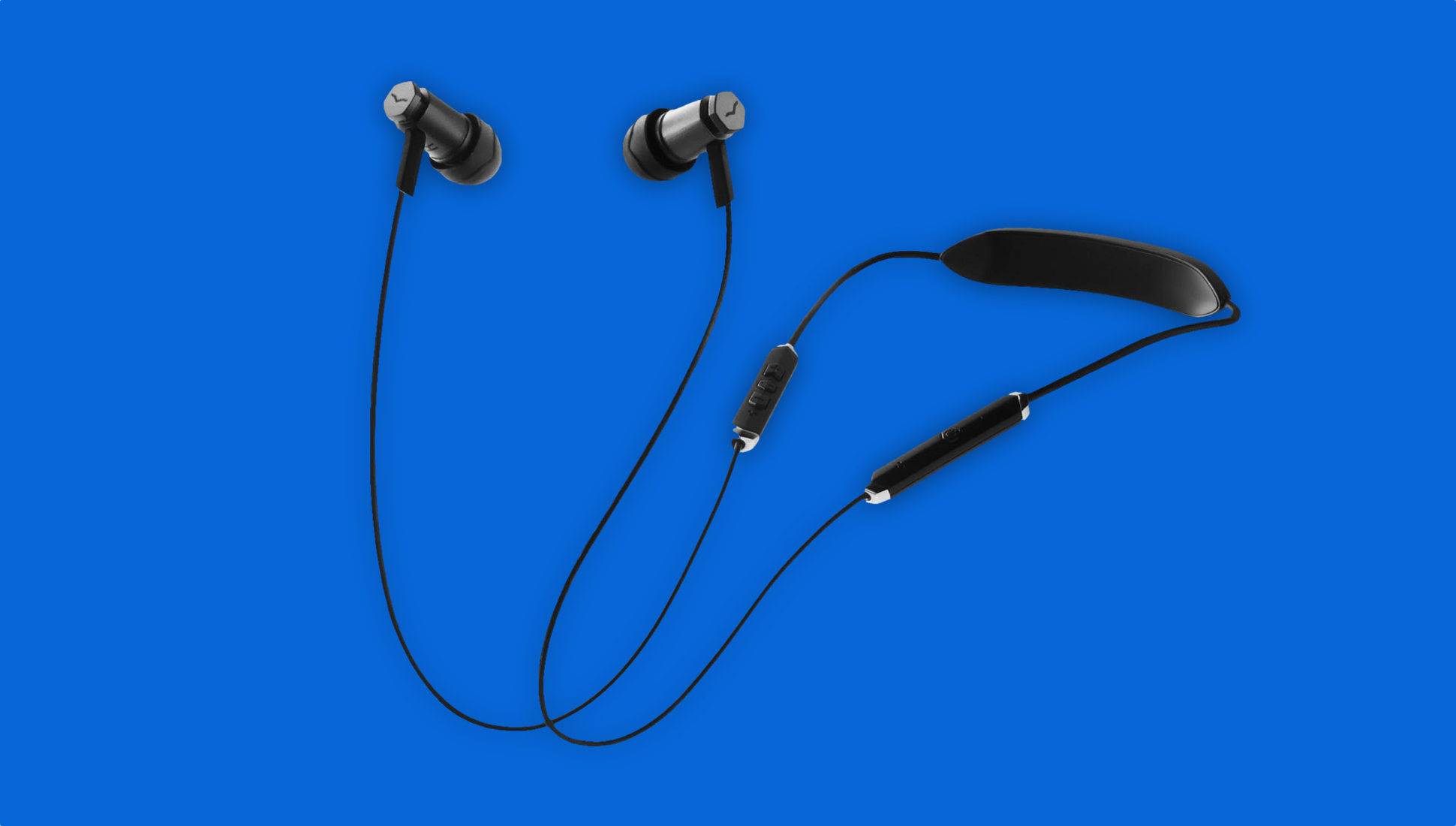 With their customizable, bullet-like aluminium earpieces, V-Moda’s shiny Forza Metallos look suitably expensive – and fortunately they sound it too. The drivers inside each earbud – the parts that push the sound into your ears – are smaller than usual, so you might need to pump the volume a bit, but you’ll still get around 10 hours from the battery and a 15-minute charge will add two hours if you’re running low.

The level of detail is among the best around, with a particularly refined top-end, and despite those small drivers the bass is punchy and well controlled. There are controls below one bud and a microphone below the other, and while they might not look sporty they’re sweat- and waterproof. You can also add rubber fins to hold them in place, although too much movement can affect the wireless signal, so try not to go too hard. 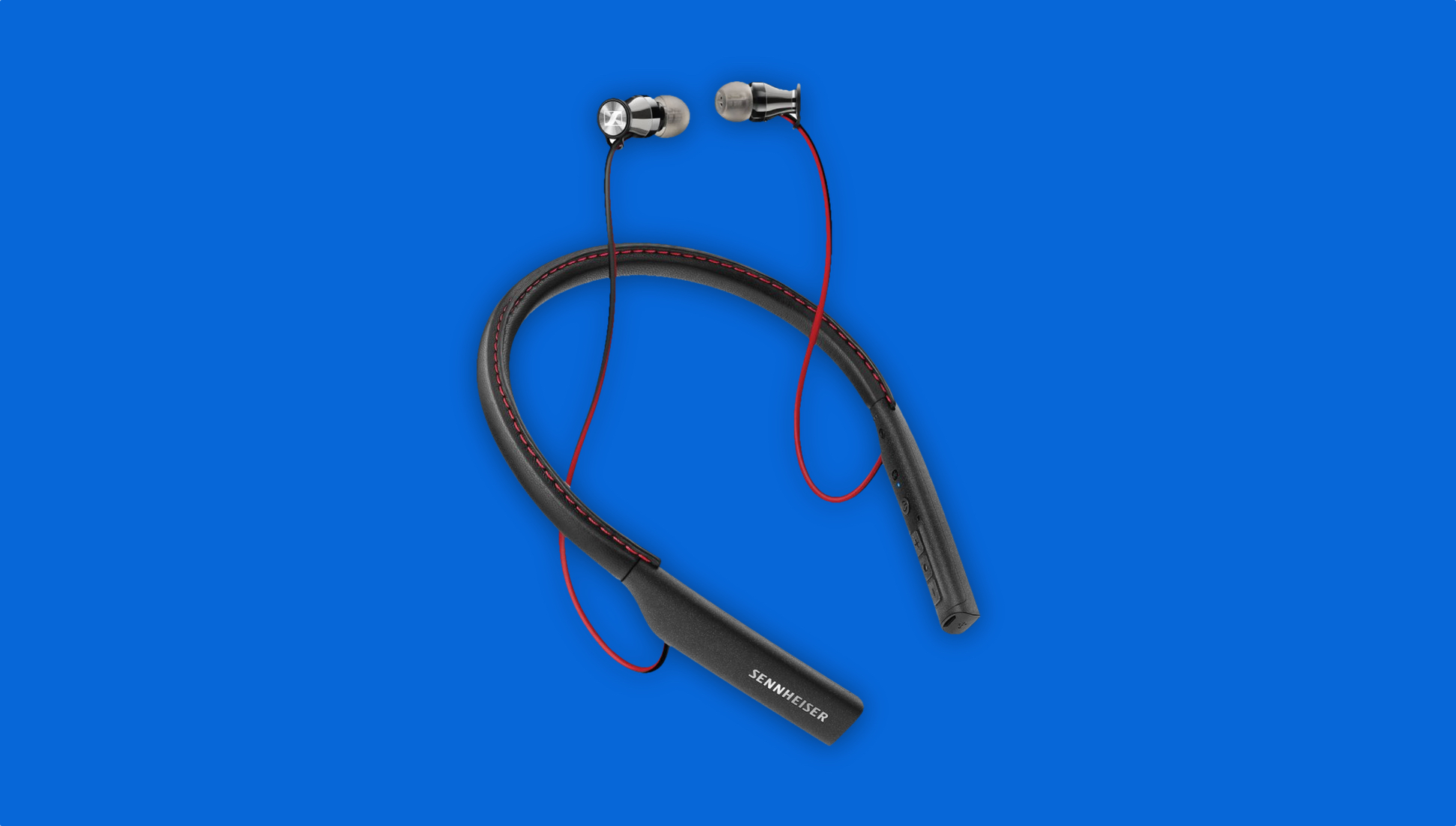 With the two earbuds attached to a neckband, Sennheiser’s Momentums spread out the extra weight required to go wireless and balance it across your shoulders. That means they’re not as portable or slimline as others on this list so they’re no good if you want to take them running, but they sound good in all areas, with great detail, an impressive midrange and weighty but well-controlled bass.

They also offer a sense of space that’s rare for a pair of wireless earphones at this price. The buttons to control volume and playback are built into the end of the left side of the neckband, which also offers a handy place to put the microphone for taking calls, plus the whole thing gently vibrates when someone wants to talk to you, so you can feel your phone ringing even if you can’t hear it. 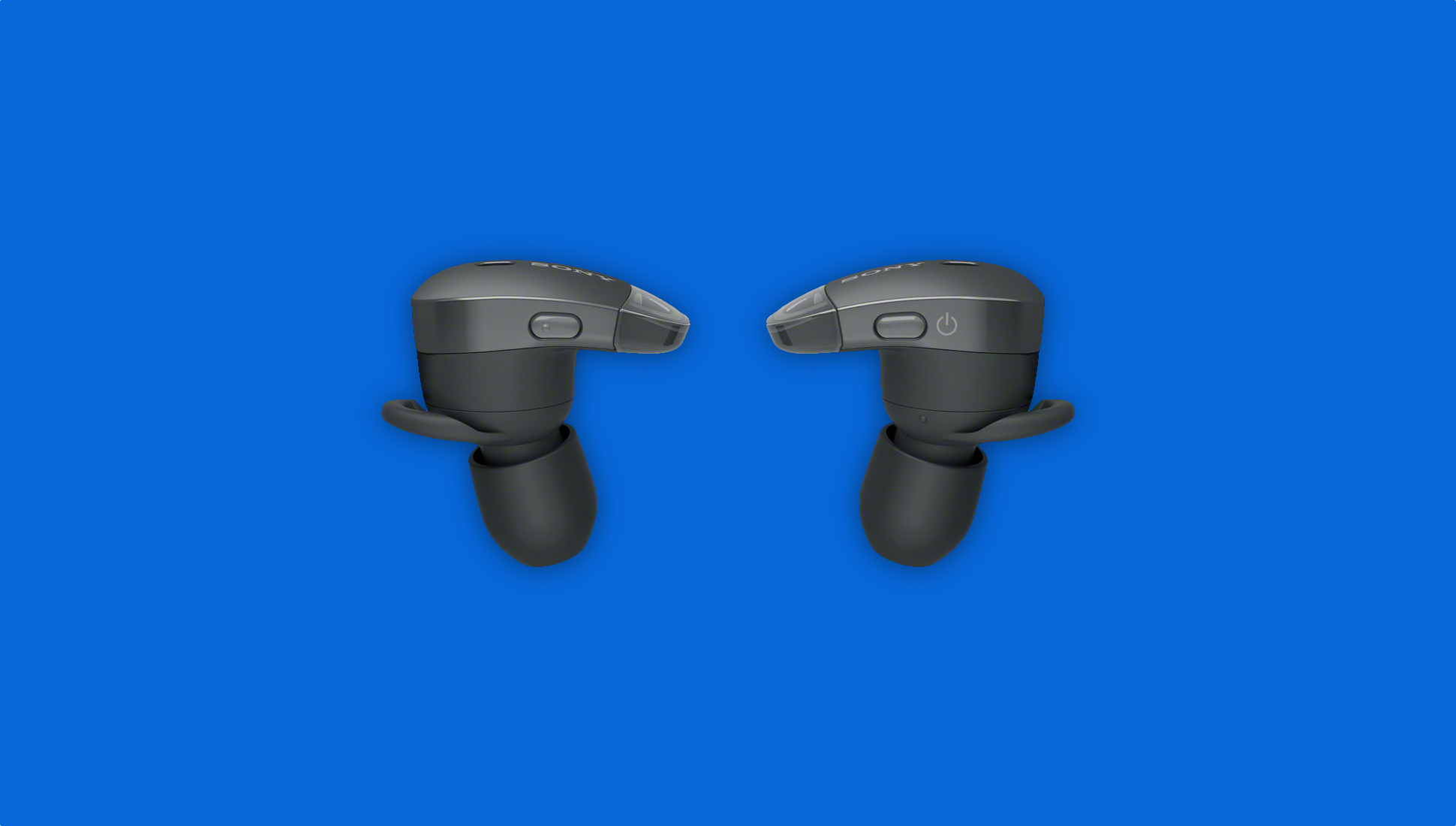 Most wireless earphones aren’t truly wireless. What do you think that thing is that connects the two buds together? Apple snipped that wire with its AirPods but it takes a certain type of person to be happy looking like they’ve got toothbrush heads stuck in their ears. Besides, they don’t sound all that great.

There’s a hint of Bluetooth headset to Sony’s equivalent but they offer such an insightful and exciting sound that you (probably) won’t mind looking like a taxi driver. That also means absolutely everything is packed into the two buds that make up the WF-1000Xs, including noise cancelling, which is a nice added bonus.

The carry case that doubles as a portable charger is a nicely sci-fi touch, with a full charge from it offering around nine hours of playback. They’re not cheap but if you want wireless to really mean wireless, there’s currently nothing better. 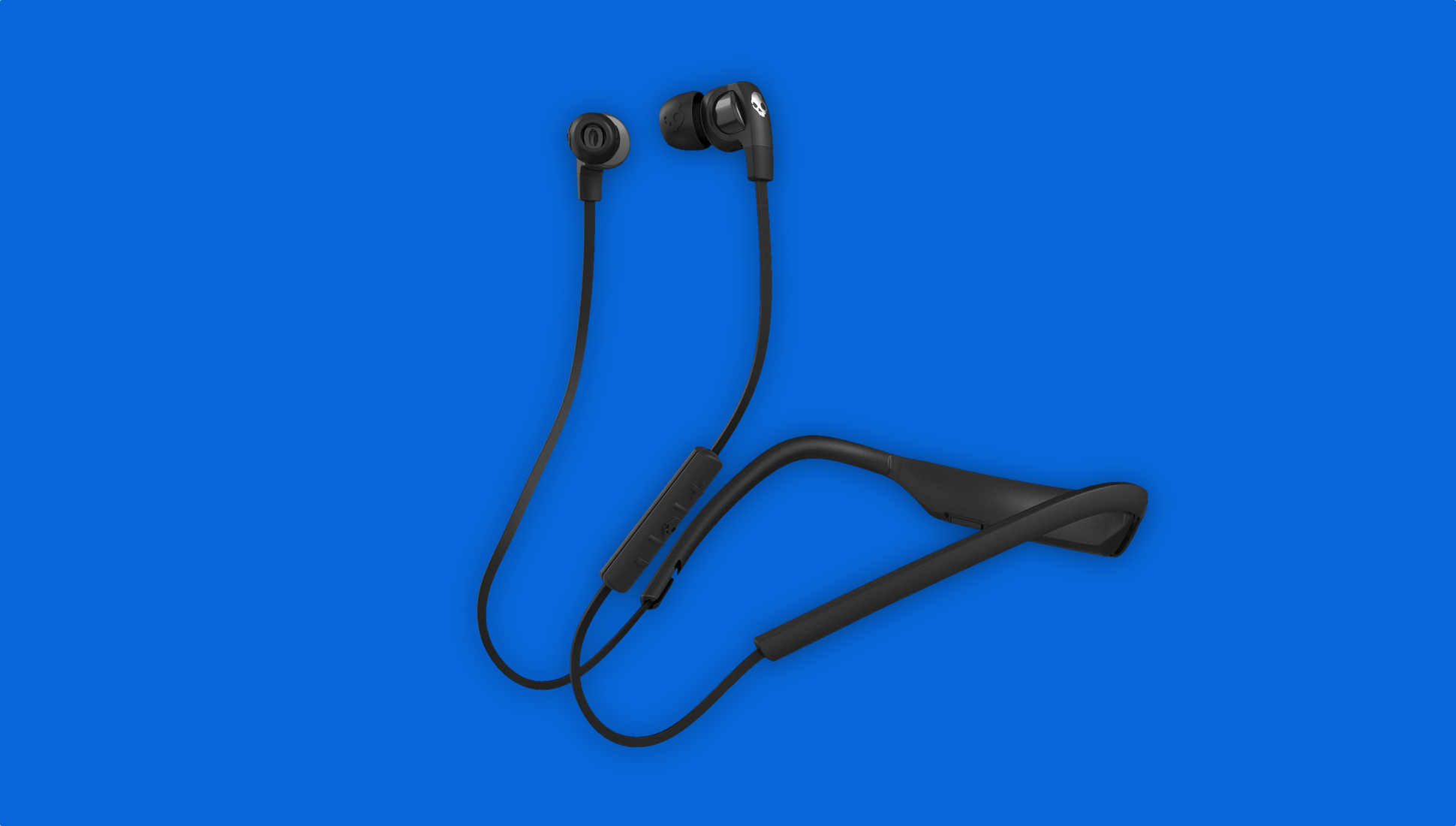 If you’re on a budget, don’t like the design of Soundmagic’s E10BTs, but do like your earphones to sound like they were named by an unimaginative stoner, Skullcandy’s Smokin’ Buds 2 are the ones for you. For this price you’re almost certainly better getting a wired pair instead, but if you have nothing to plug them into and absolutely must go Bluetooth, the Skullcandy’s approach to sound is certainly full-blooded; it’s not big on subtlety, but what they lack in detail they make up for in enthusiasm.

Battery life is middling at six or so hours and the flexible neckband can be removed to reduce bulk, with a microphone and set of three buttons that allow you to play/pause, answer calls, skip tracks and adjust the volume. If you’re just after a pair of earphones to block out David Guetta down the gym, you could do a lot worse. What’s he doing flogging CDs in there anyway?