This week, N.E.R.D return with their first new music in seven years and have brought Rihanna’s pure fire bars along for the ride, while Kendrick Lamar guest stars on U2’s latest ‘Get Out Of Your Own Way.’

Elsewhere, a festive-friendly Sia is here to warm our cockles with ‘Santa’s Coming For Us’, Carl Cox and Nile Rodgers join forces on ‘Beat the Track’ and Afrojack, Charli XCX, David Guetta and French Montana are all about that ‘Dirty Sexy Money’. Also, behold – a rare Kanye appearance on CyHi The Prynce’s new single ‘Dat Side’. Let’s see how the week’s hottest singles go down with our reviewers, shall we?

Chal Ravens: ‘Member when we used to get so excited around here about a new Pharrell track? Now we just clench our butt cheeks and pray he hasn’t thrown a bunch of inspirational fridge magnets over some hand claps for three long minutes. I was clenching pretty hard for this one, actually – but I hadn’t reckoned with the Rihanna appearance, and it’s pretty much perfect. It’s exactly what you want from N.E.R.D and exactly what you want from Rihanna, except for the fact it’s not her in the video. As someone who grew up burning mixing CDs of ‘Lapdance’ and ‘Like I Love You’, I have literally nothing bad to say about this at all. (8)

Scott Wilson: The ingredients are all here but there’s just something a little too clinical about this for me. Still, I genuinely thought we’d lost Pharrell to a career of MOR drivetime cuts and Minions tie-ins until the end of time, so a decent N.E.R.D comeback is more than I could have hoped for. (7)

April Clare Welsh: Let’s be honest, this isn’t so much a N.E.R.D song as a conduit for Rihanna’s citrus acid-tongued rap skills. There’s still an undeniable bounce to ‘Lemon’ that’s geared towards the bop, but there’s barely a hook in sight. In love with the video though. (6)

John Twells: N.E.R.D are back and they make hyphy now; all that’s really missing is an E-40 guest verse. Rihanna bolts around the beat and there’s even a RetcH sample? C’mon. (8)

April Clare Welsh: I need to inform you of my unashamed love for Christmas songs before I go any further here – and the tackier the better, of course. This track is bound to induce a collective wave of vomit from FACT’s un-merry band of scrooges, but I’m already drunk on its rich lilting melody and have fully embraced the creepy Black Christmas-esque vibe. Is it too early for a Snowball? (6)

John Twells: Speak for yourself April, I love Christmas songs. It’s quite hard to hate this – it sounds like a mash up of half-chewed leftovers, processed into lukewarm algorithmic perfection. All the elements are there, but is it enjoyable? (4)

Chal Ravens: Absolutely not, no. Never. No way. Not happening. (1)

Scott Wilson: Look, I’ve not even had my first Christmas sandwich of the season yet so I’m not up for any festive songs, especially not new ones. We’ve got ‘Stay’ by East 17 (yes, it is a Christmas song), ‘Last Christmas’, ‘All I Want For Christmas Is You’ and ‘Fairytale of New York’. That’s enough. We don’t need any more Christmas songs, especially ones that sound like they’ve been rejected from the soundtrack of some straight-to-DVD Christmas movie. (0) 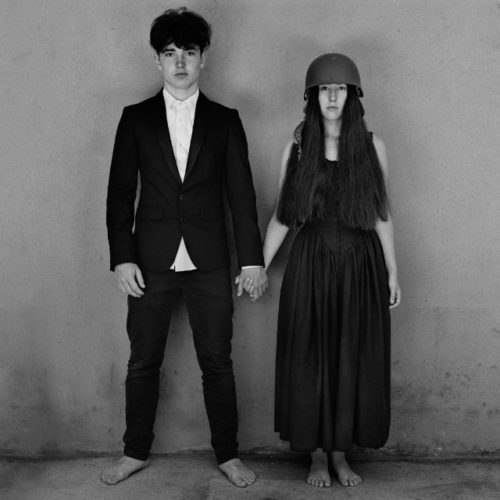 U2 feat. Kendrick Lamar – ‘Get Out Of Your Own Way’

Chal Ravens: *Pulls down on cheeks, exposing eye sockets* SO EMBARRASSING, MY GOD, CAN’T YOU JUST BE NORMAL DAAAAAD. The last thing Kendrick needed to be doing this year was adding a “speech” to this brazenly paint-by-numbers U2 track, with its one-note widdling and “ohh-woah” backing vocals and drivelly chorus (“Get out of your own way!”). I thought Bill Bailey might have embarrassed The Edge into writing a proper solo by now, but no, seems not. Meanwhile, a headline from this week: “Bono used Malta-based firm to invest in Lithuanian shopping centre.” The man is off the charts, seriously. No wonder the Queen (£10m invested in an offshore tax haven, casual) gave him an honorary knighthood, presumably for upholding his duty to keep his euro-millions out of the undeserving mitts of the proles. IT’S ALL BAD, PEOPLE. Kendrick probably does pay his taxes, but I don’t even know what’s real anymore. (2)

John Twells: Who is this for? Why does Bono sound like Taylor Swift now? Is Kendrick glued on the end so he doesn’t accidentally offend U2’s core audience by being part of the actual song? (2)

April Clare Welsh: Yep – Kendrick’s bit is so obviously tacked on at the end here so as not to offend the rock bores who actually like U2. And is there something a bit wrong with Bono singing about slavery, or am I missing something? (0)

Scott Wilson: Hoooooo boy, where do I start with this? Is the opening meant to sound like an out-of-tune drunk trying to sing the chorus of ‘You Can Go Your Own Way?’ Is the song title deliberately riffing on Fleetwood Mac’s classic? If the answer is yes to either of these questions, then… why? I know U2 have basically been writing the same football highlights anthem for the past 17 years, but even by their low standards this is lazy and derivative. I hope Kendrick Lamar got paid a lot of money for that spoken word outro because this song has absolutely zero artistic value. (0)

Chal Ravens: Feeling terminally ambivalent on Kanye a year after he grabbed his photo opp at Trump Tower, but it’s nice that he’s still alive and everything. The dusty piano sample on this would have RZA rubbing his palms, and the drums are sharp too – it’s a slick beat for a comeback, even if the content is simply confirmation of Ye’s increasingly paranoid worldview: “Neighbors said they think I gave the neighborhood a black eye / They too worried ’bout what I’m doing so I gotta keep my grass high” is a great line. (4)

John Twells: Bit of throwback business from Kanye never hurts but is anyone really gonna give a fuck about CyHi when he sounds like he’s cribbing from Yeezy’s old notebooks? (5)

April Clare Welsh: Kanye’s only official musical outing this year is to make a guest appearance and it’s a welcome one. I like the pace of this, the creepy piano sample that runs through it and if Kanye is really taking aim at Taylor Swift here, them I’m definitely on board. (6)

Scott Wilson: In any other week I probably would have been quite unkind about this, but in what is probably The Worst Singles Club In Living Memory this is actually not sounding all that bad. I’ll take dreary, by-the-numbers hip-hop over almost any of the above any day. (5)

John Twells: In a parallel universe, this collaboration is more ‘Sueño Latino’ than ‘Offshore’ but at least Bono is nowhere to be found. (3)

April Clare Welsh:I wonder how Nile Rodgers’ funkiest-of-the-funky bassline feels about being shoved out the way for a tech-house washout? All that pent up energy – I bet it’s angry! In this case, revenge is a dish best served by another annoying Daft Punk collaboration, probably. (4)

Chal Ravens: You can’t knock Nile, the ultimate “cool dude” who’s so immensely uncool he kinda comes back around again (observe his live shows, in which he faux-humbles his way through rapturous applause by promising to “only play his number one hits,” before interpolating Will Smith into ‘He’s The Greatest Dancer’. No one else could get away with this). This track is retro fluff​, really, but in the right atmosphere – which I guess is Carl Cox in a club in Ibiza, and absolutely nowhere else – it would probably be quite fun. Also, why have I never noticed that these two are basically TWINS?! (3) 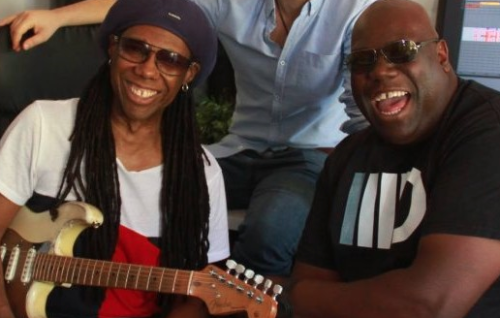 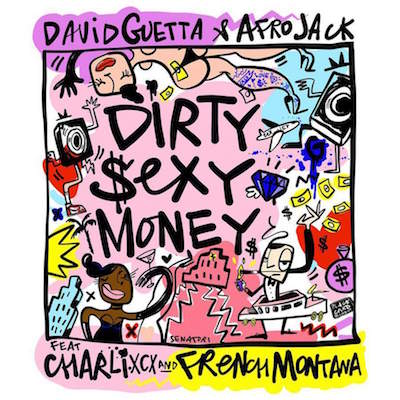 John Twells: Afrojack’s only album is titled Forget this World. I wish I could forget this track. (1)

Chal Ravens: Guetta has one free pass from me after that Bieber belter, but we clip two points for Afrojack and French Montana because that’s life, I’m afraid. Luckily most of this is Charli XCX doing her usual OTT thing over some mad trance synths and absolutely winning at it. I’m not sure what bit Afrojack is doing because I think he’s just one of those ghostwriter dudes who collects DJ cheques at Vegas clubs, right? But who knows. Honestly, the production is sick, Guetta is on some kind of weird tear at the moment and I don’t know what’s going on with me anymore. Send a doctor. (8)

Scott Wilson: David Guetta has proven he can produce a great EDM/pop crossover hit, but this is a complete mess: every iota of personality has been stripped out of Charli XCX’s vocals, the production sounds like Afrojack dipped into his pack of “2011 samples” and French Montana’s contribution is just performing the absolute bare minimum he needs to do to pick up the paycheck. Personally I would have docked his wages, along with everyone else involved in this travesty. (1)