Elsewhere, ‘90s US pop duo Daphne & Celeste surprise us all with their Max Tundra-assisted single ‘BB’, MF DOOM and Czarface team up for ‘Nautical Depth’ and Calvin Harris has jumped on the dancehall bandwagon with PARTYNEXTDOOR. Sink your teeth into the week’s hottest singles below. 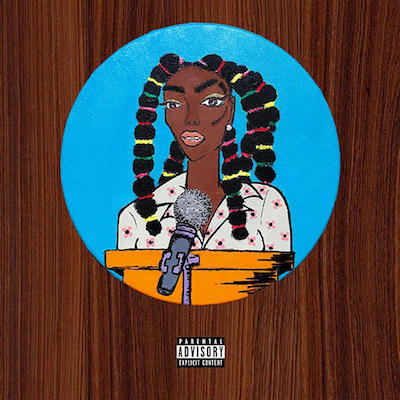 Junglepussy – ‘State of the Union’

Claire Lobenfeld: “We playin’ the same sport / I don’t smell like you / Gettin’ the same cheese / I don’t melt like you”?!?!?! I just broke a bottle over my head and ran around in circles. (8)

Scott Wilson: At a little over two and a half minutes I was expecting ‘State of the Union’ to be a short, sharp burst of energy that captures Junglepussy at her best. Unfortunately, it’s a sluggish track that feels like it’s twice the length. I get that it’s is a trailer for the album to come, but trailers are meant to leave you craving more and my appetite is not particularly whetted by this. (5)

Al Horner: YES JUNGLEPUSSY! It’s been a long three years since Pregnant With Success and I am more than ready for more of the same, as this seems to point to. The title may prep you for a deep dive into the political shit show that’s transpired in her years away, but the Brooklyn MC remains focused on scolding those who’ve hurt her (“I wish we never met but I cannot erase it”) upon a backdrop of smoky strings and stuttering snare hits. Gets my vote. (7)

Scott Wilson: I certainly didn’t imagine, as I watched Daphne & Celeste having bottles of urine thrown at them at Reading Festival in 2000, that they would be attempting a comeback with an album produced by Max Tundra 18 years later. Tundra’s music has sometimes been seen as a precursor the PC Music sound, but let’s be honest, trying to rehabilitate the image of Daphne & Celeste is a project not even A.G. Cook would attempt, so it’s even more astonishing that everything about this track – from the thinly-veiled Ed Sheeran dissing to the vocal harmonies – is absolutely perfect. It’s a TRAVESTY that this will probably not get played on Radio 1, because people need to hear it. (10)

Al Horner: In the year 2094, when leaders of the human resistance attempt to pin point the moment it became obvs that the machines had risen up, turned our brains into batteries and replaced reality with some kinda computer simulation, they may well point to this moment. Because ‘1990s sugar pop novelty duo Daphne & Celeste return with Ed Sheeran diss track, lyrics about “storms of ennui” and a new glitchy electronic direction’ is surely a turn of events auto-generated by some fucked-up Matrix algorithm gone wrong. Tbf tho, if my body really is being farmed for energy by monstrous octopus robot sentinels right now, maybe that’s not the worst fate, ‘cos this is an actual banger and any enemy of the omnipresent “basic busker” this takes aim at over video game bleeps and beats is a friend of mine. (8)

Claire Lobenfeld: This song is demented. I’m not fan of Ed Sheeran, but Daphne & Celeste are aiming pretty high for a song that sounds like a drama-club’s rendition of Aqua. (0)

Scott Wilson: Danny L Harle’s had such an incredible run of form over the past few years that a dud was inevitable, and for me at least, this is that moment. It’s partly the dull vocal and the lack of euphoric touches, but on a fundamental level it’s because this is a fairly rote pop song that fails to hit the heights he’s capable of. Aside from the hi-def production there’s not much to differentiate this from your average Chainsmokers track. Sorry Danny. (5)

Claire Lobenfeld: Loving the bubblegum new age vibe from Huge Danny, but I have to agree with Scott that Clairo’s vocal contribution does tow the line between inhabiting Danny’s pop utopia and, well, a Chainsmokers track. (5)

Al Horner: Hmmm, miss the deadline to get this veeeeeery festive, snow-themed single out in time for Christmas, Danny? I’m still into it, if only to hear the PC Music man breaking out of the hyperactive mould of his best-known singles in favour of something slower. Also, have I watched his Clean Bandit-sampling Against The Clock one too many times, or is that lead melody inspired by ‘Symphony’? (7) 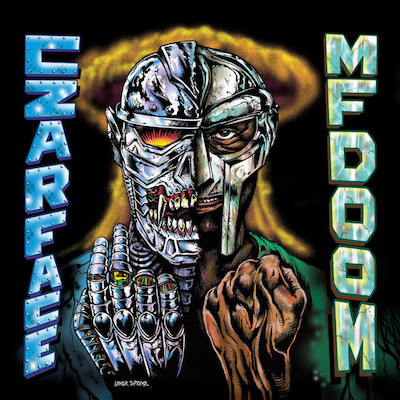 Scott Wilson: I love Star Wars, the Arkham series of Batman games and Marvel Comics, but I can’t stand the constant reference to all of these things in this track. Although I’m all for the synergy between nerd culture and music, when you put this track next to Kendrick’s (actually quite decent) Black Panther soundtrack, it all feels a little half-baked. (4)

Al Horner: ‘Nautical Depth’ is right, ‘cos I got a sinking feeling about two mins in when I, usually the biggest of DOOM nerds, realised how unremarkable this is. (4)

Scott Wilson: I’m amazed that Calvin Harris took so long to jump on the dancehall bandwagon and I rolled my eyes when I realized what I was about to have to sit through, but this track is actually not bad at all. There’s something more than a little mercenary about teaming up with the writer of ‘Work’ to plant your dembow flag but I can’t deny that synth riff hits all the right notes. Those dub horns too! OK, fair play Calvin, this is actually a pretty great pop song. You win this time. (8)

Al Horner: Didn’t expect more new music from Calvin Harris so soon after the course-correcting and let’s face it, pretty irresistible funk-pop of Funk Wav Bounces Vol 1 last year. My journey with this track was pretty close to Scott’s – ‘Nuh Ready Nuh Ready’ packs all the right shuffley rhythms and dub horn magic. I hope one day, though, after all his genre-hopping and appropriation Calvin eventually goes back to his Scottish roots and does an album full of career-obliterating bagpipe music. (8)

Claire Lobenfeld: Look, it’s not “a reggae song at an airport” but it’s not that exciting. (5)