Released this month on vinyl for the first time by Data Discs, Yuzo Koshiro and Motohiro Kawashima’s Streets of Rage 3 soundtrack blends innovative generative programming with serious techno innovation and accidentally pre-empted trance. But in a world of endless reissues, John Twells wonders if video game soundtracks can ever be more than nostalgia.

It’s easy to see why some avid gamers are eager for video games to be recognized as a valid art form. Looking from afar, it seems fair enough: contemporary games can be mammoth productions with breathtaking cinematic storylines, eye-catching visuals and memorable musical accompaniments. They can be a joy to experience, touching the player with vivid, unseen worlds and confronting them with challenging perspectives and situations. But there’s a titanic sticking point.

The inclusion of a task-based or competitive element, even when you’re simply competing with yourself, makes a video game more comparable with a crossword puzzle than with a painting, even when it’s blessed with extraordinary narrative elements and vivid graphics. The setup can be complicated and even graceful, but the end result is the same – you’re experiencing a process with a specific outcome rather than observing something more abstract with an infinite number of possible meanings. The best choose-your-own-adventure book might be good fun, but few would argue its value as literature; a rollercoaster can be a thrilling, immaculately crafted ride, but it’s understood to be a technical feat, rather than artistic one. Neither is “better” or “worse”, but the distinction remains.

Video game soundtracks have historically hovered awkwardly around the gaming nucleus. These often rudimentary scores have stayed lodged in gamers’ brains purposefully. They were designed to be memorable and were played repeatedly; a good tune meant more replay which guaranteed a payday for the developers and distributors. There’s a reason why most of us can still hum the theme for Super Mario Bros., but just because it’s become entangled in the tendrils of cultural nostalgia doesn’t make it valuable as art.

When games first emerged in the early 1970s, it wasn’t technically viable to include a high quality soundtrack. Whether a developer wanted to include a popular song or an original theme, it had to be squashed into limited architecture and hand coded into rudimentary bleeps and burps. In fact, it was often not composers or music producers that were tasked with developing these accompaniments. Technicians and coders frequently handled the production under tight deadlines and crippling hardware restrictions and scores were more often an afterthought than not; as long as they were vaguely enjoyable and not too intrusive, they were acceptable. So it’s understandable why some members of the music community view the recent surge of interest in classic video game soundtracks as a cynical cash-in, preying on the Proustian desires of listless, unfulfilled 30-somethings and constipating vinyl pressing plants in the process. But it’s never quite that simple. 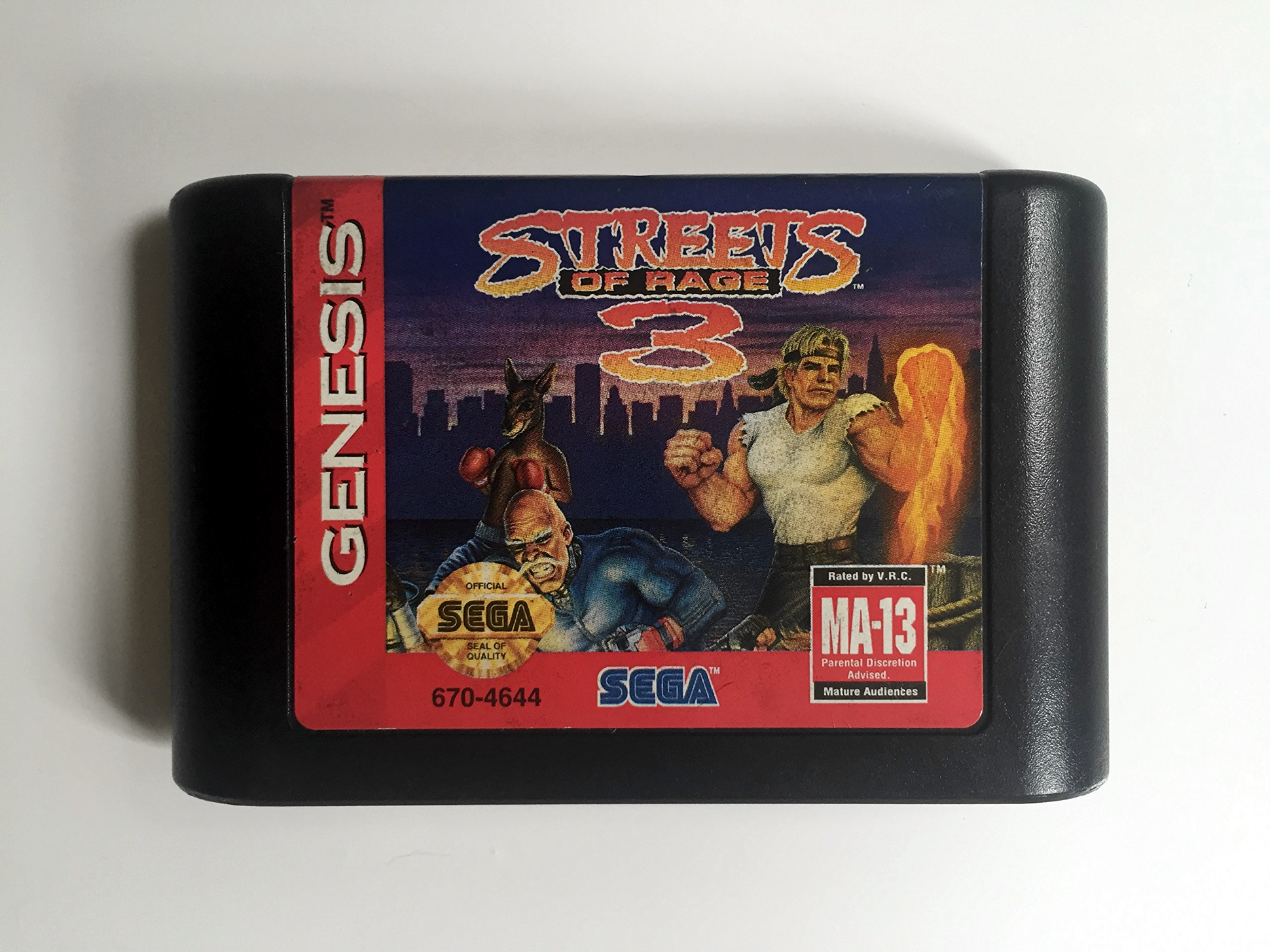 Sometimes, the relative freedom of being an afterthought combined with the restrictions technicians faced led to wild innovation, paralleling developments emerging from bedrooms and DIY studios across the world. As Konami, Sega and Namco staffers were wracking their brains to fit contemporary-sounding music on tiny chips, home producers were grappling similar problems, programming tracker software and primitive DAWs to beat their own memory restrictions and hardware inadequacies. In 1993, a family word processor or gaming computer could be turned into a hardcore powerhouse with a bit of elbow grease, some free “shareware” programs and a few helpful magazine articles.

When Japanese composer Yuzo Koshiro wrote Streets of Rage 3 with Motohiro Kawashima, he was already a household name in gaming. His soundtracks for the series’ globally popular first two games were classics in gaming circles, offering a counter to the often bland, blippy fare usually associated with beat-em-ups. Koshiro was fascinated by dance music and unafraid to integrate it into his scores, giving them a ragged 4/4 pulse. But by the time he was commissioned to write the music for Streets of Rage 3 he was eager to move on and attempt something more daring.

Koshiro had initially wanted to develop video games rather than score them, but after replying to a job posting for composer at Nihon Falcom (where he wrote soundtracks for the popular Ys series of RPGs) his destiny was set. His mother was a piano teacher and Koshiro had learned violin and cello at school, so he was well-equipped to handle the job; he knew how to code and had a good ear, but instead of simply toeing the line and composing on autopilot, Koshiro wanted to experiment.

“Sega didn’t tell me what music they wanted or give me any kind of direction. I only ever did stuff that I liked myself,” he told Red Bull Music Academy in 2014. At the time, Koshiro liked the house and techno music that had emerged from the USA and Europe in the late 1980s and early ’90s and understood that this could enhance the game’s impact in these territories, so he folded those ideas into his work for 1991’s Streets of Rage. Approaching the sequel, he went even further, developing a library of sounds with club music aficionado Motohiro Kawashima that mimicked Roland’s ubiquitous TR-808 and TR-909 drum machines and the squelchy TB-303 synthesizer. 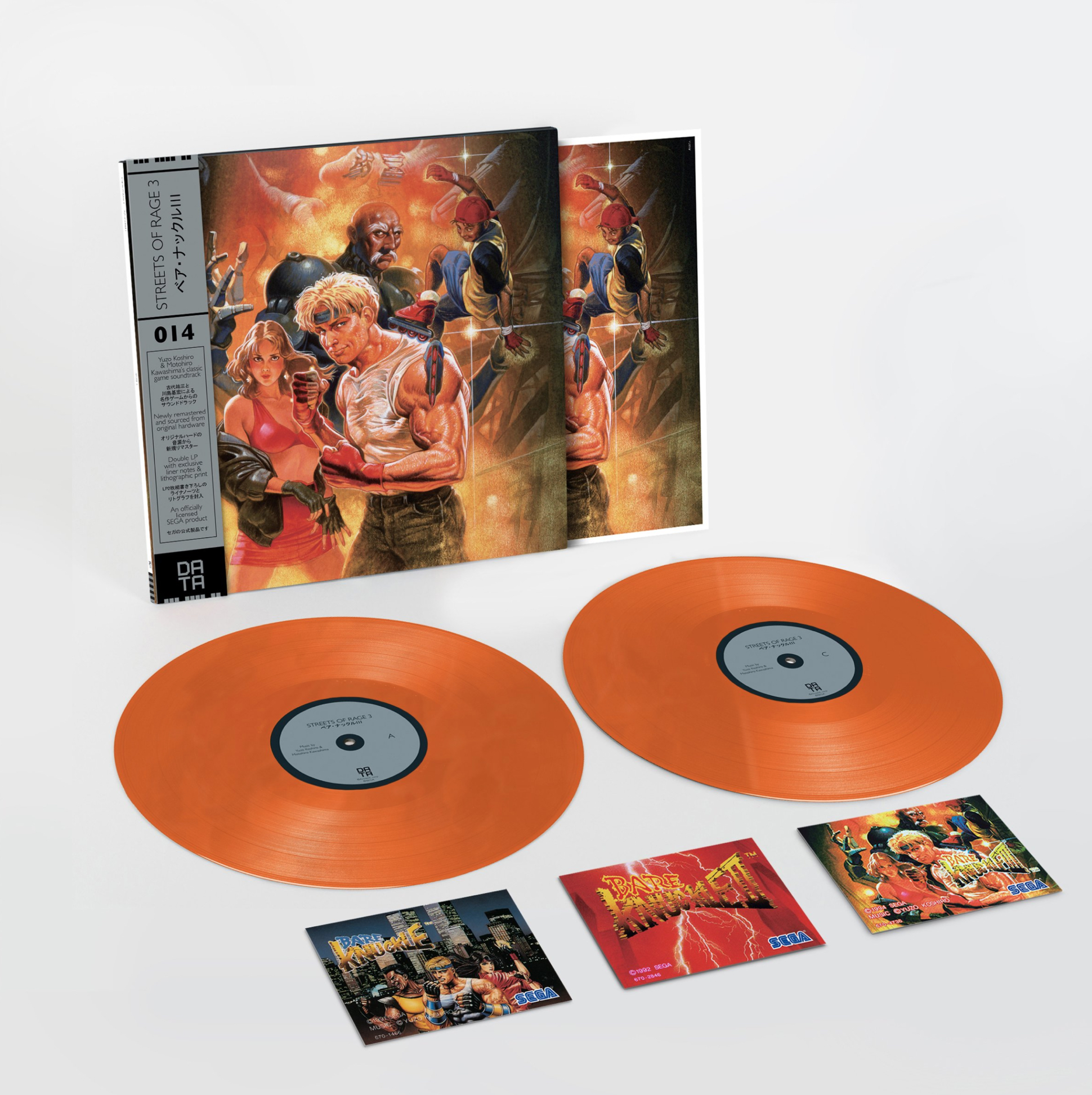 With Streets of Rage 3, Koshiro and Kawashima were tasked with composing using a more modern platform than they had used to pen the game’s predecessors. Spotting an opportunity to innovate, Koshiro developed a semi-generative system called the “Automated Composing System” to handle the sound. “I wrote conditions, kind of like with a programming language, and wrote programs that produced sound like that,” he told RBMA. “The sounds are created automatically, but you’d choose the best ones and paste it all together. It’s really close to how techno music nowadays is made.”

He’s half right. Some producers, such as Autechre and Brian Eno, have relied on generative methods but it’s still relatively niche, and while there are tools available in most contemporary DAWs – like Ableton Live or FL Studio – it isn’t as widespread as he thinks. In fact, his process is more similar to how modern producers work with modular synthesizers, or how electronic music’s early innovators recorded in the late ’80s and early ’90s. “How long did ‘Acid Tracks’ take to make from start to finish? At creation, we were there for over an hour just playing around,” DJ Pierre told DJ Mag of Phuture’s genre-defining classic. “Once we came up with ‘Acid Tracks’, we let the machine run and kept twisting knobs. I can’t remember how long but we were there for a few. Just rocking with it.”

Letting the machine run and then sculpting the results is a foundational techno methodology, and in making his own processes independently, Koshiro had inadvertently followed suit. The result was one of Sega’s most controversial and most misunderstood soundtracks – a deliciously innovative set of tracks that didn’t simply mimic existing forms, but hinted at something new. Take ‘Fuze’ for example, an early highlight and one of Streets of Rage 3‘s most memorable tracks. Its fast-paced percussion and wailing hyper-melodic synths suggest a trance influence, but the genre was still in its infancy in 1993. That was the year young German producer Paul van Dyk released one of the earliest trance anthems, his “Love Mix” of Humate’s ‘Love Stimulation’; Roland’s JP-8000, the synthesizer that revolutionized dance music with its ‘Super Saw’ patch (trance’s signature sound), was released three years later in 1996.

Elsewhere, tracks like ‘Cycle II’ and ‘Bulldozer’ echo the fast, distorted and often atonal sounds of gabber, the Dutch-led movement that took hardcore techno into ear-battering new territory before being co-opted by Nazis. On ‘Cycle I’ and ‘Percussion’, meanwhile, twisted pop culture references are tangled in-between percussive glitches and unusual tonal coughs; the result isn’t unlike the twitchy, sometimes comedic experimental electronic vignettes that would later emerge from British experimental stables Rephlex and Skam.

Unsurprisingly, the soundtrack was divisive when it was released and remains controversial. “The music was terrible,” writes British gaming magazine Mean Machines, while forums bubble with gamers debating whether weirdy jammers like ‘Inga Rasen’ are prescient or pretentious. But listening now, it’s remarkable how enjoyable Streets of Rage 3’s soundtrack is when divorced from the game itself. When you’re forced to hear snippets again and again, the atonal shards of algorithmic experimentation can be grating, but listening to the soundtrack as a whole is a different experience altogether: historical, challenging, innovative and artistic. Electronic music fans, whether they’re interested in video games or not, would be remiss to ignore Koshiro and Kawashima’s crowning achievement; whether it’s art is subject to debate, but it’s definitely techno.

John Twells is FACT’s Managing Editor. Find him on Twitter

Read next: Horror master John Carpenter on his 20-year Sonic The Hedgehog addiction