FACT Rated is our series digging into the sounds and stories of the most vital breaking artists around right now. This week, Sam Goldner breaks it down with Hyperdub globalists Okzharp & Manthe Ribane about the path to their debut album Closer Apart.

Manthe Ribane had never made music before she met Gervase Gordon, aka Okzharp of early Hyperdub polyglots LV. As a Johannesburg-based fashion stylist and dancer, she had spent much of her life surrounded by music, but hadn’t found a counterpart for her own fluid, charismatic voice. Now, with two EPs on Hyperdub already under their belts, the duo are ready to expand on the ideas of South African and UK sounds into something both intimate and universal on their debut full-length Closer Apart. 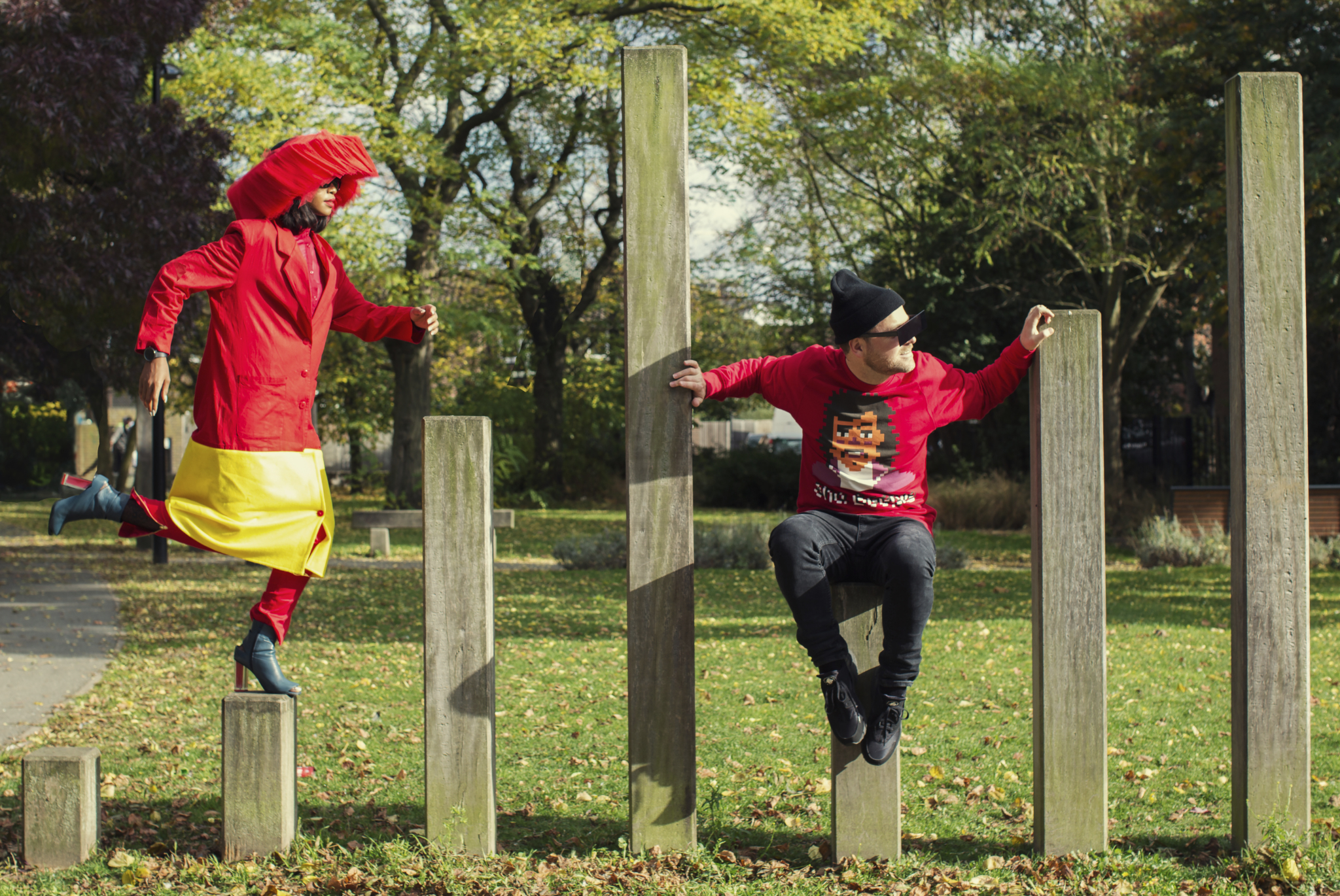 When Ribane was young, her mother had been a dancer, exposing her to styles like pantsula and the gwara gwara; when she was only eight years old, Ribane’s moves were impressive enough to earn her a spot performing for Nelson Mandela’s 80th birthday. But only a few years later, her mother fell suddenly ill and died in the span of less than a week, and by the time Ribane turned 20 her father had passed away too, leaving the young artist and her siblings to forge a path on their own. Gordon, however, grew up caught between two worlds, after relocating to London from South Africa as a child; as he puts it, “I’m English when I’m in South Africa, but I’m South African when I’m in England.” Although Gordon was privy to some of the major styles emerging out of Johannesburg like kwaito and gqom, he never felt quite as close to it as some of his contemporaries, preferring to seek out more futuristic club sounds in the grime scene.

Ribane and Gordon’s partnership was forged in 2015 on the set of a film titled Ghost Diamond that he had invited her to star in after being introduced by director Chris Saunders (“I read a lot of her interviews, and the things she was saying seemed to be connected to what we were doing,” Gordon says). While they were killing time on-set one day, Ribane started humming a tune to herself innocently and caught the ear of Gordon, who instantly picked up on her powerful, open-hearted presence. He asked if she wanted to create some songs for the movie, and the two of them wrote and recorded four tracks that same night. Gordon eventually sent them along to his old friend Kode9, who liked the songs so much that he decided to release them that year as the duo’s very first EP.

A few short years later, the duo are ready to release their debut album, Closer Apart, on Hyperdub. Mixing lo-fi sounds from old drum machines with more contemporary technology like Native Instruments’ Maschine MK3, the continent-separated duo found themselves recording whenever they happened to be in the same room together (the track ‘Time Machine’ was literally written on the floor of the Berlin airport using Gordon’s laptop keyboard). The resulting album is a glistening record that feels celebratory and melancholy in equal measure, its moody electronics and drifting soulfulness evoking the experimental pop of artists like FKA twigs and Björk, both of whom Ribane cites as influences. “It’s just finding a balance” says Ribane, explaining that she and Gordon feel just at home lighting up a dance floor as they do soundtracking an art gallery.

Despite each of their cultural upbringings, Okzharp and Ribane are adamant about wanting their music to transcend boundaries and work in a global context: “I try not to think of what we do as being rooted in any kind of South African/English dialogue,” Gordon says. It makes sense, as more than anything, Closer Apart sounds like the work of two close friends finding their own shared language that reaches across the borders of country and genre. “Manthe is very proud of where she’s come from, and so am I, but I don’t think either of us feel particularly defined by that,” Gordon says. “We’re trying to look to the future.”

Sam Goldner is a Los Angeles-based writer covering music and video games. Find him on Twitter.

Read next: Manchester’s Afrodeutsche takes inspiration from Underground Resistance — and The Sound of Music