Holy Other: With U 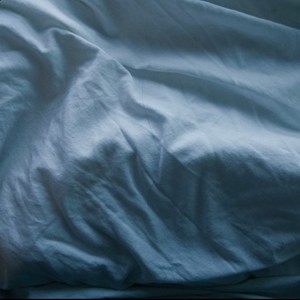 With U, the first release on Tri Angle from semi-anonymous producer Holy Other, expands on the stylistic calling cards that the label has quickly become known for across its initial clutch of releases. On the surface, many of the aesthetic elements of fellow Tri Angle artists Balam Acab and How To Dress Well are easy to spot in Holy Other’s music – r’n’b vocal sounds, thick, slow-moving chord progressions, songs that feel like they’re running at a slower tempo than they should. Yet there’s a difference here; while previous Tri Angle releases have sounded like they’re constructed from ‘90s pop samples, slowed down and run through lo-fi processors, With U is far cleaner and distinctly less lo-fi.

The synth chords and bass lines that drive each of the EP’s five tracks are more upfront and polished than you’d expect from many of Holy Other’s contemporaries, while the electronic kicks cut perfectly through the mix and finger-snap snares glisten with finely tuned reverb and high-end sheen. The result is music that sounds less like a warped r’n’b record, and more like high-budget house and garage that’s been purposely composed at tempos drastically slower than normal. Each track packs all the rhythmic, low-end punch of club music, yet slowed to drag every last drop of emotion out of each swelling melody and rhythmic vocal sample.

The EP’s centrepiece and highlight, ‘Touch’, layers re-pitched vocal s over a driving bassline and a bed of precisely programmed clicks and bleeps – coming into its own as the vocals thicken up and the beats make a rhythmic gearshift into classic 808 hiphop territory towards the end. The title track, on the other hand, excellently pairs a repetitive piano line that could be lifted from a Balearic house tune with a crisp, clean r’n’b slow jam beat.

This is an EP that takes the principles of mainstream dance music and refashions its euphoric moods into emotive, isolated moments. If normal club music is built for crowded dancefloors, then Holy Other’s is there to accompany solitary late nights. With U is slow-burning, carefully constructed and deceptively unique. It’s not only a strong career progression for Holy Other, but also for Tri Angle Records who – between this and their excellent forthcoming release from hiphop leaning producer Clams Casino – are marking themselves out as one of the most consistent and stylistically focused young labels around.