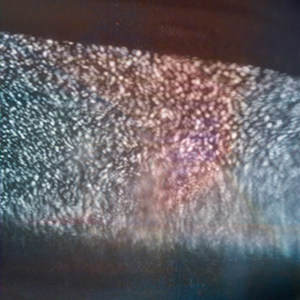 “To find things to sample, I used to just type a random word – like “blue” or “cold” – into LimeWire or BearShare and download the first 10 results.”

Clams Casino is oh so modern. He produces from his mother’s attic, where he’s made beats for Soulja Boy, Mobb Deep’s Havoc and Lil B, but he’s never met any of them and probably not earned a dime directly from working with them. He’s named after a Rhode Island seafood dish he’s never eaten, and judging by the above quote, from a recent interview, his sampling process starts with the search bar of peer-to-peer programs. Oh, and his first records are due out on Type and Tri Angle.

Until then, we have this, an instrumental mixtape of classic ghetto production techniques filtered through the eye of YouTube embed codes. These tracks snap and bang in all the right places, with sawn-off snares and gun-metal drum machine programming at their core, but they also swell with layers of ambience; distorted synth pads and reversed voices forming the majority of it. There’s an obsession with space in music at the moment, but Clams’ productions are so packed with white and blue brush strokes that they threaten to spill off the canvas at any moment.

Hip-hop has always been ahead of the curve, and quick to throw off the shackles of tradition (the genre has largely left the single format to rot, for instance – if your track’s on YouTube, that’s it out). It’s easier than ever to make a masterpiece with minimal production software, but it’s also easier than ever for artists to get bogged down in what doesn’t matter. While the rest of the world spends all night EQing a kick drum to death, Clams Casino is building a legacy.

Review originally posted in April, after Instrumentals’ release as a free mixtape. It has now been given the full vinyl treatment by Type Records.