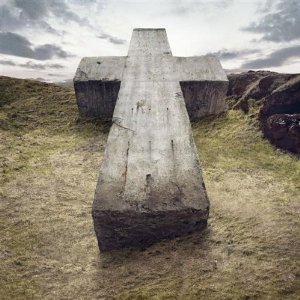 Oh, it’s not all that bad, this Justice album. It seems to have got a right royal panning from most critics, presumably for its rejection of cock-metal tropes in favour of, well, what? Gauzier textures and gaudier melodies more indebted to prog-lite and the squarest new wave. One can understand people’s disappointment, but the shift into audio fromage can hardly have come as a surprise. Audio, Video, Disco is the sound, admittedly flawed, of Justice re-connecting with the filtered disco-pop tradition that created them. It’s a milkshake made out of mother’s milk.

Yes, Audio, Video, Disco is Justice’s gen-u-ine French Touch album. More specifically, it re-captures that moment – precisely 10 years ago – when Air and Daft Punk both embraced prog as a primary influence, turning out 10 000 Hz Legend and Discovery respectively as their sophomore LP offerings to the world. Air’s confection bombed, because it was too reserved; it lacked confidence, it held too much back. Discovery, by contrast, became one of the most raved-about and raved-to albums of all time. It had the better songs, of course, but what made it work was its bombast, its excessiveness, its complete lack of shame.

Audio, Video, Disco falls down for the same reason 10 000 Hz Legend did – it’s just too delicate, too fey and, for all its hip-thrusting, it has no balls. Discovery was camp but confident, A,V, D is camp and convictionless. Camp and convictionless is no fun; in fact, it’s embarrassing, for artist and beholder both.

Opener ‘Horsepower’ does its damnednest to sound insouciant and full of spunk – all ‘Kashmir’ string vamps, over-zealous filter FX and sub-Whitesnake riffage – but you can smell the fear coming off it. The vocal tracks are a bit more centered and sure of themselves: ‘Civilization’ and especially the title track are difficult to dislike, though once you notice how much the latter sounds like a thrift-shop version of Air’s ‘Kelly Watch The Stars’, it loses its aura somewhat. On ‘Ohio’ they attempt more complex, episodic song-structure than is their custom; but the results sound remote, vague, mojo-less. In truth I’d rather listen to the self-parodying filter-riff fodder of ‘Canon’ – as I do so, I’m freshly convinced that The Darkness’s Justin Hawkins’ is the band’s secret third member.

With their plangent twin guitar leads ‘Brianvision’ and ‘On’n’on’ aspire to a more elevated mode of prog pastiche, but end up sounding more like rejected Ratatat demos. Oh, and what the Hell happened to the bass? What Justice’s debut album lacked in nuance it more than made up for in girth; Audio Video Disco sounds at times like someone forgot to switch the bottom end on at all.

So why, after all that, do I find myself unable to dismiss this record entirely? Well, it has a charm to it, I suppose, just as Air’s 10,000 Hz Legend did. When it’s good, the surprise, delight and relief on the part of its makers shines through, and you find yourself rooting for them. When it’s bad, which is often, it knows it’s bad, and sounds almost apologetic for it. Paradox is cheap, I know, but facts is facts: the blank cloud of shame hanging over A,V, D seals its fate as a turkey, but ultimately preserves its dignity. 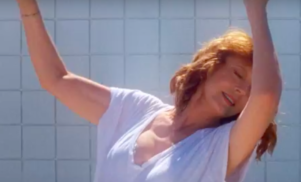 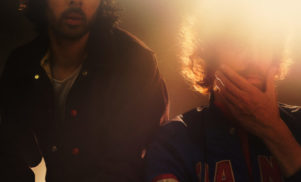 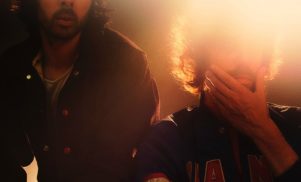 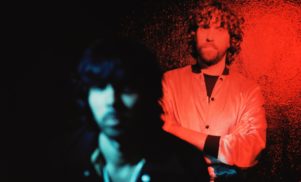 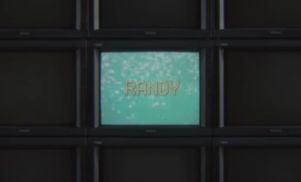 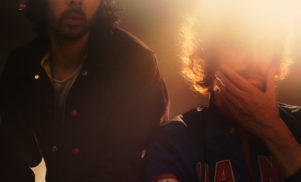 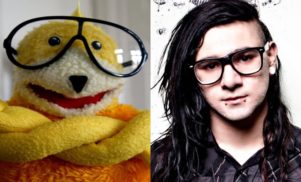