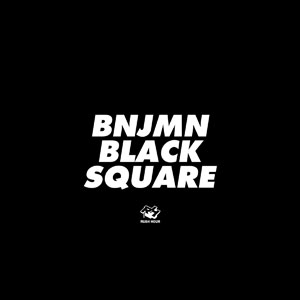 Some people are averse to artist names with no vowels in them, and that’s probably MGMT’s fault. If you pronounce BNJMN the way it’s written it sounds like 50 Cent is saying it, like “I’m all bout tha bnjmns mang.” Anyway, if you’re new to his work, don’t let the no vowels thing put you off. BNJMN is another alias of Jack High / Singing Statues beat-maker Benjamin Thomas, who used to feature quite prominently in LA beat-type mixes around the time that the WNKY diaspora was emerging as a dominant aesthetic in blip-hop a few years back. Fast forward to 2011, and BNJMN has quietly amassed an interesting and varied catalogue of releases, such as the recent Jack High vs Teebs project for Svetlana Industries, where rhythm largely gave way to texture, finding both collaborators on fine form, and the cult-appealing and hugely underrated Plastic World album from earlier this year on Rush Hour. Plastic World sounded very much like the title suggested – synthetic, repetitive structures built around a house / techno template of sorts, rejecting the usual Roland drum machines and Juno pads of the genre in favour of found sounds, percussive noise, and jarring synthesis. It’s fair to say the interest in his work has been bubbling away over the last few months since that release, and recent performances in London featuring a masked, hooded man hunched over his midi controller amid a wash of digital noise have definitely fuelled the buzz.

Black Square pretty much picks up where Plastic World left off, and despite feeling briefer than his debut, is largely a more subdued, considered and mature listen, put together in relative isolation in BNJMN’s home studio in Bournemouth. Here the effervescent guitars of his work as Singing Statues meet the bassline grooves of Jack High head-on, converging to create an album that feels part krautrock influenced, part ambient, part in debt to Trax-era Virgo Four. There’s nothing here that is as mind-meltingly ferocious as Plastic World’s ‘Fire In The Hole’, and from the lush opening chords of ‘Enterlude’ to the closing bars of ‘Hallowed’, Black Square breezes by, hanging in the air around you like the ebbing trails of a Rhythm and Sound dub chord. It’s a lush and deeply satisfying autumn listen, and all the clichés about records that reward on repeat listen are valid here – Black Square is as subtle, shy and unassuming as the man behind it, and there is real depth here: depth of field and depth of meaning, projected by spiralling, dense tracks like ‘Wisdom of Uncertainty’ and ‘Primal Pathways’. If you’re the kind of person who has your Manuel Gottsching records filed next to your Deepchord 12”s and Pentangle’s Greatest Hits, you’ll feel right at home here.

It’s fair to say that BNJMN’s music is probably not for everyone, but then again neither are his peers like Actress, Lukid, Tapes, Zomby, Rekordah and Samoyed. These artists may not sound alike necessarily, but they do share a similar disdain for the played-out signifiers of genre, preferring to splazsh merrily about in their respective home-crafted sonic paddling pools where atmosphere, ambience and experimentation reign supreme. There’s also dry wit to their work – you can tell that none of them take themselves too seriously, what with track titles like ‘Supreme Cunninlingus’ and ‘Hair Of The Dog’, and I can’t help but feel that BNJMN shares that ethic. It’s very reminiscent of, say, the Canterbury scene in the ’70s, where outsider artists like Caravan and Matching Mole rejoiced in the freedom of making quintessentially British records that were as playful as they were far-out. Black Square fits into a new canon that is likely to date just as well as that of the Canterbury years, a canon punctuated by records like Hazyville, Chord, Dedication, and those weirdo dubplates of labels like Selah Waddada and Astro:dynamics. When it comes to the crunch, for open-minded listeners in search of something a bit different, verse-chorus song structures and repetitive sad-garage, blub-step templates are just as redundant as vowels in sentences. Whether on it’s own terms, or as a ying/yang counterpoint to Plastic World, Black Square might just cement BNJMN as the most intriguing and innovative house-not-house artist to emerge this year. It’s rlly, rlly grt.