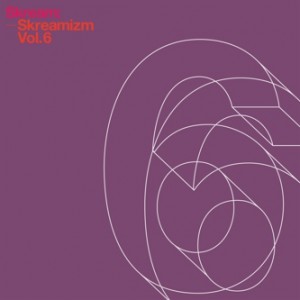 It’s become a common theme for reviews of Skream records to start with comment on what a unique position in: a dance music megastar straddling both the underground that raised him and the mainstream that’s accepted him. Sometimes, such as on his last album Outside the Box, his music can seem a little too desperate to please both factions (unfortunately, in the eyes of many fans – particularly dance music ones – the sides are permanently opposed), but generally it’s hard to think of many producers of Skream’s size who’re generally respected by both sides of the fence.

So far this Winter, he’s managed to balance things quite nicely. Freeizm History, a free folder of vintage Skream dubs released over Christmas satisfied veteran dubstep fans, while ‘Anticipate’, a new single with vocalist Sam Frank driven by trance stabs and slightly questionable lyrics about the recent birth of his and Frank’s children (not together, I should add), was another Radio 1-friendly pop single. Completing the triangle is Skreamizm 6, a new EP for era-defining dubstep label Tempa.

The Skreamizm series has thrown up some classics, particularly in its first three instalments, but rather than carefully-honed EPs they’ve always seemed more like snapshots of Skream’s hard-drive, capturing his production at a specific point in time. As you might expect from a man who now makes a lot of money from his music, it’s the crispest, sharpest Skreamizm yet – not to be too much of a production nerd, but listen to that creaking reverb on ‘Indistinct”s kick drums, or the chrome snares on ‘Fnkonomika’; this is warm, beautifully produced music no matter how ugly some of the sounds are.

‘Fnkonomika’ is the best track on here by a distance, in fact. Snapping drum’n’bass in the Autonomic vein, it balances honey-gold chords and scattered synth notes against a growling bassline, and stands up to some of the best work from dBridge and Instra:mental – two pronounced influences on Skream in recent years. The rest of the EP is more standard Skream: ‘Tweedle Dee, Tweedle Dumb’, a collaboration with ex-Roll Deep MC Trim, will almost certainly become an anthem in your Outlook Festival circles, despite featuring a pretty forgettable performance by Trim’s standards, while ‘Indistinct’, sporting a (presumably) sampled female vocal is a lot more menacing, driven by drums that manage to be both skippy and brutally heavy.

The loping ‘Xmas Day Swagger’ and ‘Snarled’ are pretty forgettable, and easily bettered by ‘Abstruse’, which takes things deep underground and makes a decent argument for Skream being tapped up to soundtrack in the not-too-distant future. And there you have it: a hard-drive clear-out that’s about 50% excellent and 50% average, but as a mid-point between the Freeizm comp for the steppers and a recent single for the mainstream radio heads, it’s overall pretty impressive.