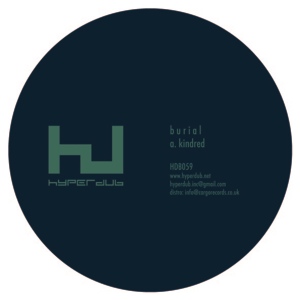 With all the talk these days of producers promoting their ‘brand’ and cultivating their ‘niche market’ – shrewd remix work, calculated distribution of live appearances, carefully timed promotional mixes – the question is begged: is there a holy grail of self-promotion? A tried and true ‘market strategy’ (ugh) that will guarantee a successful career? How much exposure is too much, or not enough?

The Burial model, as we might call it, suggests that people in 2012 still lust after deferral of pleasure, lack and restraint. Releasing very little since the ridiculously influential Untrue in 2007, and operating under the paternal aegis of Kode9, Will Bevan has made remarkably little effort to cash in on his success.

Surveying his career, though, that decision seems preternaturally wise. My first experience of Burial was through Thom Yorke on Radio 1 circa 2007 (late to the party as always – me I mean, not Thom Yorke). When asked by the presenter how this “new dubstep sound” could be described, all Yorke could say was “kick’n’stick man, just…kick’n’stick”. Already, at that point, you could practically feel the stultifying forces of mainstream success at work – the distinctive attributes of a producer’s unique style being ossified, turned into a generalisable, duplicable form.

In a sense, the Kindred EP is the point where Burial definitively sheds the trappings of that form. Those trademark androgynous vocals play less of a leading role, subsumed into more amorphous, unpredictable textures. And the “kick’n’stick” – that inimitable, emaciated garage flex – is barely present, making way for experiments with new rhythmic templates. The only track on which it features strongly is opener ‘Kindred’; and even there, the taut 2 step pattern is pushed in a more junglistic direction, underpinned by a dread bassline that sounds like huge rocks rubbing fractionally against each other – tremendous pressure condensed into minute, organic movements.

What’s also striking is the EP’s long-form structures, with tracks spread out over 10 minutes or more of stops, starts and unexpected tangents (as the official literature says, “any crackles and drop-outs are intentional”). A case in point: celestial textures at the the opening of ‘Kindred’, dispelled at the onset of the drums, return at the 8 minute mark, giving an unexpected burst of light when we’d more or less consigned it to the shadows. This kind of innovation – previously more or less unheard of in Burial’s music – recurs throughout the EP.

‘Ashtray Wasp’, in particular, feels like two totally different tracks – different keys, different tempos – stitched together at the halfway mark. Both halves are takes on a house template: the former building an understated, almost majestic propulsion across its length; the latter slower, gentler – perhaps with just a glint of redemption in its eye.

‘Loner’ is similarly house-indebted, underpinned with a four-square kick and clap pattern. Its rhythmic approach is oddly staid, though, as if Bevan, tired of people attempting to imitate his drums, wants us to find our kicks, heh, elsewhere. Fortunately there’s plenty of thrills to be found in the deluge of arpeggiating lines that form the track’s core, ringed with a corona of reverb so richly rendered you can almost taste it. The tropes used are actually quite naff – here a sinister bassline, there a harmonic progression hinting at euphoria – but in place of a trance-style build-and-build, we’re given stilted plateaus of energy, ramping up and down at unexpected junctures.

It’s a kind of clotted and autistic facsimile of dancefloor communion – not quite the elegiac mourning of rave that Burial’s supposedly known for, so much as a deeply alienated re-interpretation of it. Burial’s appointment as cemetery caretaker, presiding over the skeletons of rave, was always going have limited traction – after all, there’s only so many ways you can express a bereavement – but perhaps in this EP he’s found new purpose amongst the ruins.