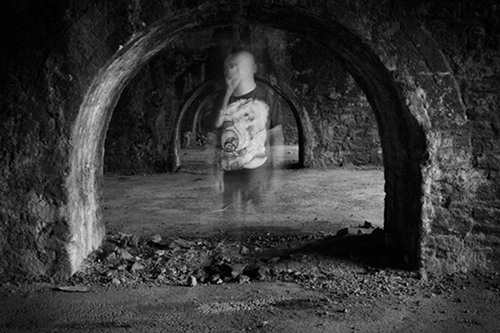 The Bristol producer has produced a stunning remix of his Punch Drunk stablemate.

Superisk’s 2010 breakthrough track, ‘Find Your Way’, challenged the listener to do just that. Its dread-laden synths and subterranean bass rumble conjured up the feeling of being lost in some gloomy thicket. On his remix of Kahn’s ‘Angeles’, Superisk sounds more disorientating than ever, his ear for the oppressive matched by an impressive formal inventiveness.

Where Kahn’s original is a comparatively straightforward piece of peppy 2-step, Superisk’s take is much tricksier. It’s as labyrinthine a five minutes as you’ll hear this year, full of unexpected tilts and turns. ‘Angeles’ starts with a club-friendly moonlit strut, augmented with Stomp!-style percussion fills. A mess of mangled voices and synth rise to the fore, and the track turns into a bedevilled eski cut. By the time Superisk starts wheeling out the Mad Decent polyrhythms, you’ve learned to stop trying to keep up. When dance music is this restless, it’s best to just enjoy the ride.