Nite Jewel: One Second of Love 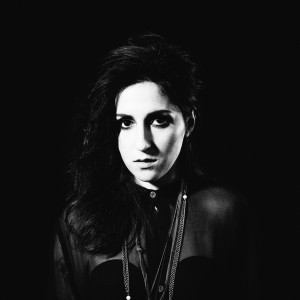 “I’m a broken record / You have heard this before”. So go the opening lines of ‘This Story’, the sweepingly romantic opener to One Second Of Love. But have we? The Nite Jewel you may be familiar with is a product of the Los Angeles lo-fi scene, refracting the sonic tropes of ’80s synth’pop through the lens of a deficient home studio, teasing out the weirdness and the haze at the expense of a crystalline digital sheen.

Within the first few seconds of ‘This Story’, it becomes clear that this album is a different beast. Somebody at Secretly Canadian saw fit to let Ramona Gonzalez loose in a proper studio – presumably with the faith that her songs were more than the sum of their slightly scuzzy parts. It’s difficult not to draw parallels with godfather of the LA scene Ariel Pink, who completed his own trajectory from lo-fi bedroom hobbyist to hi-fi studio artist with 2010’s Before Today. But Gonzalez’s efforts here feel less shamelessly retro-citational (that’s hardly difficult, I know) – in some sense, she’s more earnestly a leftfield pop star of now, less beholden to the curious archaeologist’s logic that motivates so much of the contemporary underground.

And, luckily for that bright spark at her label, Gonzalez’s ideas really have outgrown the murky skin they were in. The two tracks floating around prior to release – the title track and ‘In The Dark’ – suggested an album of masterfully executed synth-pop (the former, in particular, is a delight): in other words, more or less what you’d expect from the creator of ‘Artifical Intelligence’ et al. But One Second Of Love is much more chameleonic than that.

Guitars and live drums pop up everywhere: in the gorgeous ‘Mind Eyes’, whose mellifluous licks align Gonzalez with the New Smooth; and in ‘She’s Always Watching You’, which seems like a slightly brazen nod to the Dirty Projectors – all bombastic syncopation and athletic backing vocals – though it’s no less glorious for it. ‘Memory Man’ delights in the complexity of its arrangement without tipping over into self-indulgence, alternating between a folksy shuffle and a more synthetic 4/4.  And presiding over it all is Gonzalez’s gloriously supple, milky voice – never overtly stylised, giving off just the slightest flicker of melisma, but able to mold itself around different soundworlds with ease.

There are points where the album teeters on the brink of something more mannered. ‘Clive’ falls narrowly on the right side of the line – a synth ballad of unashamedly anthemic proportions which should be unbearably cheesy but isn’t (the next time Bon Iver has a go at his Peter Gabriel impression, he could take some lessons here). ‘Autograph’, though, feels just a bit too self-conscious – a slightly tepid revamp of the Hall & Oates school of MOR soul.

Regardless, it’s very difficult not to like these songs – for their clarity and craftmanship, but also the strength of their ideas. Every now and then you glimpse the restless creative energy lurking just below the surface: ‘Unearthly Delights’ experiments with weightless sonics, presenting the odd combination of a divebombing synth bass line and pastoral 12-string guitar lines; ‘No I Don’t’, meanwhile, hinges around a growling 303-ish bassline unlike anything else on the album – reminiscent of Portishead at their more foreboding, though the production is still uncannily crisp. It’s a daring inclusion on an album which is mostly friendly in the extreme, and leaves us with the feeling that there’s a whole welter of unexplored ideas still left rattling around Nite Jewel’s head. Which is the feeling you want to get from an album, really. Here’s to the next one.