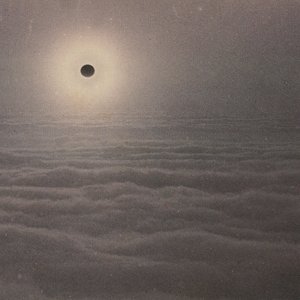 Between 1990 and 1993 Thomas Köner composed a trio of astonishing albums that represented the peak of ambient exploration alongside fellow travellers and collaborators like Paul Schütze and David Toop. Sonically traveling though arctic landscapes that were inaccessible to most life, the music that was birthed on Nunatak Gongamur, Teimo and Permafrost was created through a radical reinvention. Mic’ing up the not-so-humble gong and then treating to it a range of experiments like scraping, brushing, recording underwater and then heavily treating with effects, Köner developed a completely unique sonic language that could only be appreciated through focussed deep-listening. These epic wraith-like hallucination-inducing drones may have laid the benchmark for dark ambient but that is something of a misnomer, with Köner developing an emotional state of wide-eyed astonishment upon glancing upon terrain that was as beautiful as it was forbidding. This was by no means music of doom though. The triptych was later gathered together by Deleuzian-inspired German label Mille Plateau only to drift straight out of print before last year receiving a full and proper reissue treatment by Type, the same label who now bring us this essential tablet from the skies. Or should that be seas?

1996 saw Köner unexpectedly shift this singular aesthetic towards the dancefloor in partnership with Andy Mellwig as Porter Ricks (named after the dad from 60’s dolphin soap-opera Flipper). Mellwig has released occasional work but is primarily associated with – and still very much present at – the legendary Dubplates Mastering studios in Berlin. Biokinetics was released in 1996 and compiles Porter Ricks first three 12″s for Chain Reaction with three new tunes, housed in that label’s signature metal tin, and has since become the stuff of legend. Deservedly so: Biokinetics may have been assessed on dub-techno terms, which is perfectly reasonable given its relationship to Basic Channel, and in a sense this was the template with which the duo chose to work, but the Porter Ricks project is a lot more versatile than this one genre and really represents the peak of a period of experimentation in underground music where such classifications had become extremely fluid and the boundaries between producer, musician and engineer were at a non-existent high.

Bookends ‘Port Gentil’ and ‘Nautical Zone’ both push the 12 minute mark and perhaps fit closest to the Basic Channel template whilst simultaneously pushing that mode to its most illogical and gorgeous end. Both tracks are monolithically huge, ocean-expansive meditations on sound, surreally submerged and completely relentless 4/4 buried under the subtlest of melodic flourishes with entirely vague whispers of noise and texture enveloping you in some kind of underwater, universal womb. There is something strangely loving about this music, with tension tempered by a very occasional chord at the slowest of repetitions, a benevolent hand leading you through this weird wilderness. In the thawing of ice to water (possibly aided by the drugs du jour), Köner and Mellwig seem to have located the urge to move from godforsaken to guide. ‘Biokinetics 2’ pushes this to the absolute limit, a complete reduction of texture to nothing but a sinister whisper of breath, an unrealised threat of melody and a distant cavernous machinic heartbeat. ‘Nautical Dub’ is slightly more forbidding and faster, with clapping chugging rhythms and gloopy gamelan rapidly encroaching from a distance. Over its six minute course, a menacing bassline that locks you properly in to a zombie groove slowly synthesises to become a truly evil hook. I once heard this lost in some warehouse at 3am many years ago and all semblance of normal existence seemed to vanish in a micro-minimal second. It still has that effect today.

Things get truly weird at points. ‘Biokinetics 1’ is, quite frankly, fucking nuts, taking what sounds like a vociferous sequenced sealion and watching it shimmy out of time to a muted gong. ‘Port of Nuba’ and ‘Nautical Nuba’ take this chattering out-of control abstraction and incorporate the beat around it, making for some of the most paradoxically strange dance music you are ever likely to hear – the accelerated pulse rate playing havoc with your internal rhythm as blocks of noise get pushed round the edges of your senses.

Biokinetics was the start of a truly fertile period of experimentation for the duo and maybe the last truly great experimental period for techno; perhaps even a watershed moment for whatever post-rock actually was. The combination of Köner’s avant-garde background and Mellwig’s studio and techno-savvy ended up mirroring an approach to sound comparable to My Bloody Valentine on Loveless (which dropped between Köner’s first two albums); the long-term impact of ecstasy having an inverse effect on music production and removing all its physical edges. Köner and Mellwig actually went on to complete a truly stunning collaboration with Sonic Boom’s E.A.R. project, which at the time included MBV’s Kevin Shields as well as luminaries like Kevin ‘The Bug” Martin and legendary improv percussionist Eddie Prévost, as well as an equally brilliant and bizarre follow-up Porter Ricks album for Mille Plateau and a full-blown collaboration with the aforementioned Martin and Justin Broadrick (in Techno Animal mode) on Symbiotics.

16 years down the line and the passing of time has done absolutely nothing to diminish the radical and immersive power of this record or any of Porter Ricks’ later forays. Combined with Köner’s solo work, Biokinetics is a pivotal moment in electronic music and a decisive moment in one of the most important and brilliant oeuvres in contemporary music.