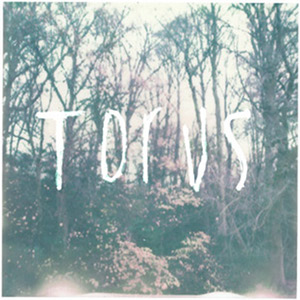 Long-standing tastemaker blog Sonic Router inaugurates its label with this EP from 18-year old Dutch producer Torus. And what an unexpected and fascinating way to kick things off – not least because, if you want it in physical form, you’re going to end up with a limited edition cassette.

As a format, though, the cassette is oddly fitting for this music. Compared to your average slab of polyvinyl it’s small, anachronistic, delicate – not as physically imposing, certainly not as demanding on your attention. Just so with this EP. The ultra-detailed maximalism of much of the post-Dilla scene these days too often, in spite of shouting in a loud and articulate fashion, manages to say almost nothing at all. Joeri Woudstra takes things the other way: these tracks are subdued, subtle – blink and you’ll miss them.

That’s not to say they lack detail, though: ‘Blurred’ and ‘Cavemonsters Are Kind’ both trade in a slow-build dynamic, gradually accruing intricate melodic and harmonic layers until they reach saturation point. It’s neatly executed, but the trajectory begins to feel a bit too predictable after a while, its end point too inevitable.

Elsewhere things get more interesting. The diminutive ‘Forests’ is a highlight: opening with the sound of footsteps moving through a snowy wilderness (field recordings feature heavily throughout, reworked into loose rhythmic loops or left to breathe), its baroque-tinged piano line weaves around a hip-hop shuffle so gentle it practically sleepwalks its way to an abrupt end. ‘Knocks’ has a fractionally more determined gait but is still abstract in the extreme, its bitcrushed synth melody woozily coalescing into some kind of semi-coherent counterpoint. The richer sonics of ‘Vocaldonuts’ are propelled along with just the slightest hint of swing, but still you feel like it’s holding something back – and that’s a large part of the appeal.

Shot through these tracks is the sense that you’re hearing the results of microscopic interactions: tiny objects brought into moments of friction and collision just about visible through a powerful lense. And all of it – the slightly fastidious melodies, the warm but muted basslines – are subsumed to the kickdrum, soft as a feather but scooping the colour out of its surroundings with every dull thud.

The package is rounded off with a couple of remixes: Dynooo transforms ‘Forests’ into an oddly unsettling tunnel vision loop, sonically detached from the original but thriving on the kind of micro-tweaks consistent with the EP’s barely-there aesthetic. Slugabed, on the other hand, pushes ‘Vocaldonuts’ in precisely the full-on direction we’d otherwise avoided, failing to contribute much of worth other than a bit of textural flab and bundles of energy. In spite of there being so little here, there’s almost nothing to add – the definition of concision.