Symmetry: Themes for an Imaginary Film 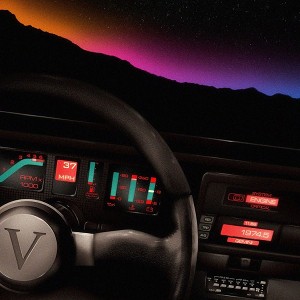 Available on: Italians Do It Better LP

Johnny Jewel is a man of many projects, but so little range that one sometimes wonders why he bothers. The latest is Symmetry, borne from the ashes of an unused score for the Ryan Gosling vehicle Drive (though Jewel has emphasised that Themes From An Imaginary Film is not merely that movie’s “lost” score). It sounds exactly as you expect Johnny Jewel “doing” film music to sound: glacial, monochrome pristine synths that could be Glass Candy or Chromatics instrumentals, heavily in thrall to predictable, fêted names – John Carpenter, Angelo Badalamenti et al. And it does so at serious length: clocking in at almost exactly two hours, the album is longer than many of the actual films it would purport to soundtrack.

Not that it doesn’t have moments of beauty: synths slide slickly off the surface of ‘Thicker Than Blood’ as beats crash in the distance, a stylised night drive through an imagined rainstorm. ‘Paper Chase’ twinkles majestically like a room full of stars; the sense of wonderment is reminiscent of the Japanese artist Yayoi Kusama’s most recent work, the Infinity Mirror Room (Filled with the Brilliance of Life), in which glowing LED lights are hung from a room’s ceiling and reflected endlessly.

But Themes From An Imaginary Film is too much in love with a well-worn idea of film music to ever thrill or surprise. At its worst, it drifts aimlessly through space, as dry and bereft of purpose as an actor with no role to play; and while Jewel has used a deliberately limited sonic palette to carve out a distinctive ice-disco niche for himself, two hours is far too long to spend with it. Vast stretches of the album feel like a stale, bloodless homage that plays on a decontextualised and narrow nostalgia for retro-futurism, an aesthetic that has been done to death in recent times and to which Jewel fails to add any new twist.