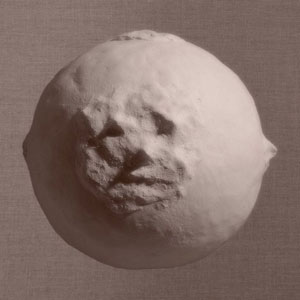 Yesterday Was Lived and Lost marks the debut full-length release of Felix Martin and Al Doyle of Hot Chip and third principle member Tom Hopkins, created during the recording of One Life Stand. Given Doyle’s previous stint playing guitar for LCD Soundsystem (and the band’s previous single with current member Pat Mahoney), a similar disco-punk style may have been a fair expectation for a side project. However, as this album shows, New Build’s sound is most closely reminiscent of Talking Heads and ABC, with even the artwork clicking perfectly with such a canon.

Thus the songs are of a mature, winding, old school musicianship. Structurally variable verse-chorus-bridge affairs, they possess a certain affable, playfully obtuse quality that is refreshing compared to the abundance of compacted pop music around today, and reminiscent of the approach that Matthew Herbert’s Big Band or Moloko have previously followed.

Instrumentally these are just as well executed within context, a well-balanced blend of acoustic and electronic elements. The synth and drum machine work is astute, classy, at times even glorious, and the thickly layered rhythm tracks tight and suave. Lyrically it seems comparable again with Talking Heads, a mixture of relaxed earnestness and obtuse, wry humour.

Having been born of time around Hot Chip’s main activities, however, New Build’s debut is not without the limitations that are likely of such an endeavour. It is therefore not surprising that it doesn’t sound completely full or finished, and that some risks suggested are not entirely chased. In an ideal situation the band could probably benefit from expanding their scope to the same scale as the comparisons cited above. Admittedly this would not necessarily be easy, requiring as it would more time (and funds) away from their main, globally dominating project.

Now embarking on a tour as a nine-piece band, this may well occur in the near future, and is something to hope for. New Build deserves some more audacity and overblown theatrics to become as powerful as it could be, as Yesterday Was Lived and Lost shows a project that would be worth the dedicated, patient investment to make it as spectacular as it is currently fun.