The eternal backpacker: Diplo, Master-D and musical theft in the internet age

Early this week, Floridian DJ and producer Wesley Pentz – known to the wider world as Diplo – was briefly embroiled in a controversy around his production for Azealia Banks’ ‘Fuck Up The Fun’. As we reported, after Banks uploaded the track crediting Diplo on production, her Soundcloud was bombarded with comments from friends of […] 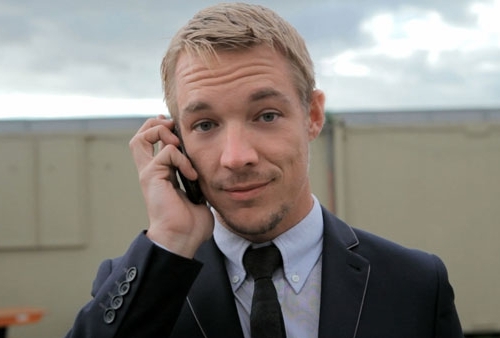 Early this week, Floridian DJ and producer Wesley Pentz – known to the wider world as Diplo – was briefly embroiled in a controversy around his production for Azealia Banks’ ‘Fuck Up The Fun’.

As we reported, after Banks uploaded the track crediting Diplo on production, her Soundcloud was bombarded with comments from friends of Dutch Bubbling house producer Master-D, who alleged that Diplo had simply stolen his track ‘Mad Drumz’ and claimed it as his own.

Later that day, Diplo emailed Pitchfork to clear things up. He claimed that the track was a collaboration between Master-D and himself, and that it included a “sample” of ‘Mad Drumz’. Production credits on Banks’ Soundcloud were duly changed.


However you look at it, Diplo’s use of the word “sample” stretches the definition of the term to a pretty extreme extent.

Listening to the two tracks (as you can here), the only audible difference, beyond Banks’ vocal, is a subtle bit of EQing and compression – the kind of tweaks that might be applied by a mastering engineer after the fact (a mastering engineer, mind, whose credits on the record sleeve wouldn’t extend to a production byline). However you look at it, Diplo’s use of the word “sample” stretches the definition of the term to a pretty extreme extent. In a better world, this would turn out to be some impressively self-aware avant-garde exercise – a comment on the complex issues surrounding authenticity and ownership in our web-connected culture. As it is, it comes across as a weak attempt to paper over an unflattering episode in Diplo’s career.

Either way, given that Diplo and Master-D are now Twitter buddies again, there’s no reason to persist in the notion that the track was stolen, right? But would we be so surprised if it had been? After all, we’re talking about an artist whose career is more or less entirely built on presenting the innovations of lesser-known global scenes – among them Brazilian funk carioca, New Orleans bounce and lately, it seems, Dutch bubbling house – in a way that ensures the credit is largely directed onto him, and not the producers, DJs and fans who make those scenes what they are.

A little about bubbling: in its original form, it swept through the Netherlands in the 1990s, the result of immigrants from Suriname and the Dutch Antilles drastically repitching their dancehall records. The recent upsurge of bubbling house is in part a revival of this tradition, albeit in slower form, marrying Caribbean syncopations with the abrasive synths and four-four pulse of Dutch house to create a hyperactive hybrid not unlike the aggier end of UK Funky. At least, that’s the information to be gleaned from Dave Quam’s liner notes to Kentje’sz Beatsz, an album by Bubbling house producer Anti-G, released on Planet Mu last year.


“Each successive discovery is approached with a fratboy’s incredulity – everything is, “mad”, “weird” or “crazy”.

Lately Planet Mu, much like Diplo and his label Mad Decent, have earned a reputation for uncovering and championing the products of long-germinating, fiercely localised scenes – these days they’re less lauded as an IDM or dubstep label than they are for bringing Chicago footwork to the wider world. But, obviously, finding unfamiliar music from some far flung corner of the globe and wanting to tell people about it isn’t a bad thing in itself – in an increasingly digitised, networked world, it’s becoming the chief way in which people discover and digest music.

There are ways to go about it though. Since DJ Nate’s Hatas Our Motivation EP first turned heads in 2010, Planet Mu have played the long game as far as footwork’s concerned, coaxing LPs out of both scene figureheads (Traxman, DJ Rashad) and relative newcomers (DJ Diamond’s excellent Flight Muzik), and bringing together some of the scene’s finest output in their two Bangs & Works compilations. Crucially, it’s not Mike Paradinas whose bookings have skyrocketed in the UK and Europe, but footwork DJs like Rashad and Spinn; the label even went to the effort of bringing over a crew of dancers for a European tour last year, promoting an essential aspect of the scene – arguably more important than the music itself – that’s often neglected in “outsider” coverage.

By contrast, Diplo’s engagement with the music he champions seems to typify the worst in web-age faddism. Micro-genres emerge, are hyped to the nth degree and then sink without trace – presumably leaving the proponents of those genres, who for the most part have been doing it for years anyway, back where they were before Wesley came to town. Each successive discovery is approached with a fratboy’s incredulity – everything is, “mad”, “weird” or “crazy”; Diplo, the eternal backpacker, travels the globe hunting for that ephemeral thrill of a novelty unearthed. It’s an approach that seems to say “marvel at the incomprehensible ‘other’-ness of it all, but for god’s sake don’t engage with it on any meaningful level”.

Of course, there’s a long history of affluent white Western audiences repackaging music to remove any traces of “blackness”, “foreignness” or whatever else happens to make them uncomfortable. In the context of the “global ghetto”, this practice takes on unpleasant connotations of neo-colonialism: successive scenes, generally in third world countries, former colonies or the poorer regions of the Western world, are plundered for inspiration, providing fuel for the kind of main room-friendly club sets that homogenise their diverse sources into a caricatured, trans-genre mulch. In short, there’s a fine line between championing a scene and appropriating its creative dynamism for your own ends. And when it’s a blonde, musclebound white dude behind the decks at enormous festivals while the music’s producers get dubious, retrospective co-production credits, it’s certainly tempting to fall on one side rather than the other.

Going back to ‘Fuck Up The Fun’/’Mad Drumz’, a couple of commenters on FACT expressed some seemingly widely held views on the issue. One found it “fascinating that FACT takes this angle in reference to Master-D and Diplo, but is far more sympathetic to Frank Ocean’s appropriation/edit of the Eagles classic. Why the inconsistency?”, while another noted, “oh no, in the age of sampling, someone sampled someone! C’mon now.” What this boils down to is that sampling is always appropriation, always theft – as is any detectable reference or influence in any piece of music, whether it’s playing a producer’s records in your sets, nicking their drum pattern or something far subtler and more abstract. Whether this is a good or a bad thing is entirely down to the context and politics surrounding the issue. And in Diplo’s case, I think we’re on shaky ground.