The genius of Madlib in 10 essential releases

Since modest beginnings back in the early 1990s, Californian producer Madlib has re-built hip-hop in his own image, pulling from jazz, psych, reggae, krautrock and wherever the crates are deepest and darkest. Mr. Beatnick examines Madlib’s ten most essential releases.

There are few producers in hip-hop quite as acclaimed as Otis Jackson, Jr., better known as Madlib. Jackson comes from a musical family – his father, Otis Jackson, Sr., was a bandleader and session music and his mother, Dora Sinesca Jackson was a songwriter; his uncle wasthe jazz director at Carnegie Hall and his brother, Michael ‘Oh No’ Jackson, is a rapper and producer.

There was almost no other path for Jackson then, and he kicked off his career in 1993 producing for LA rap trio Tha Alkaholiks. It was in 1999 though that his legacy was kicked off in earnest with the Stones Throw-released Lootpack album Soundpieces: Da Antidote!. From there, Madlib’s release rate increased rapidly – he shook up the underground with Quasimoto’s blunted psychedelia, his jazz experiments as Yesterday’s New Quintet and his legendary collaborations with fabled Detroit producer J. Dilla and NY rapper MF DOOM.

Mr. Beatnick has put together ten of Madlib’s most crucial albums – click on the Spotify or Apple Music links to hear a stream. 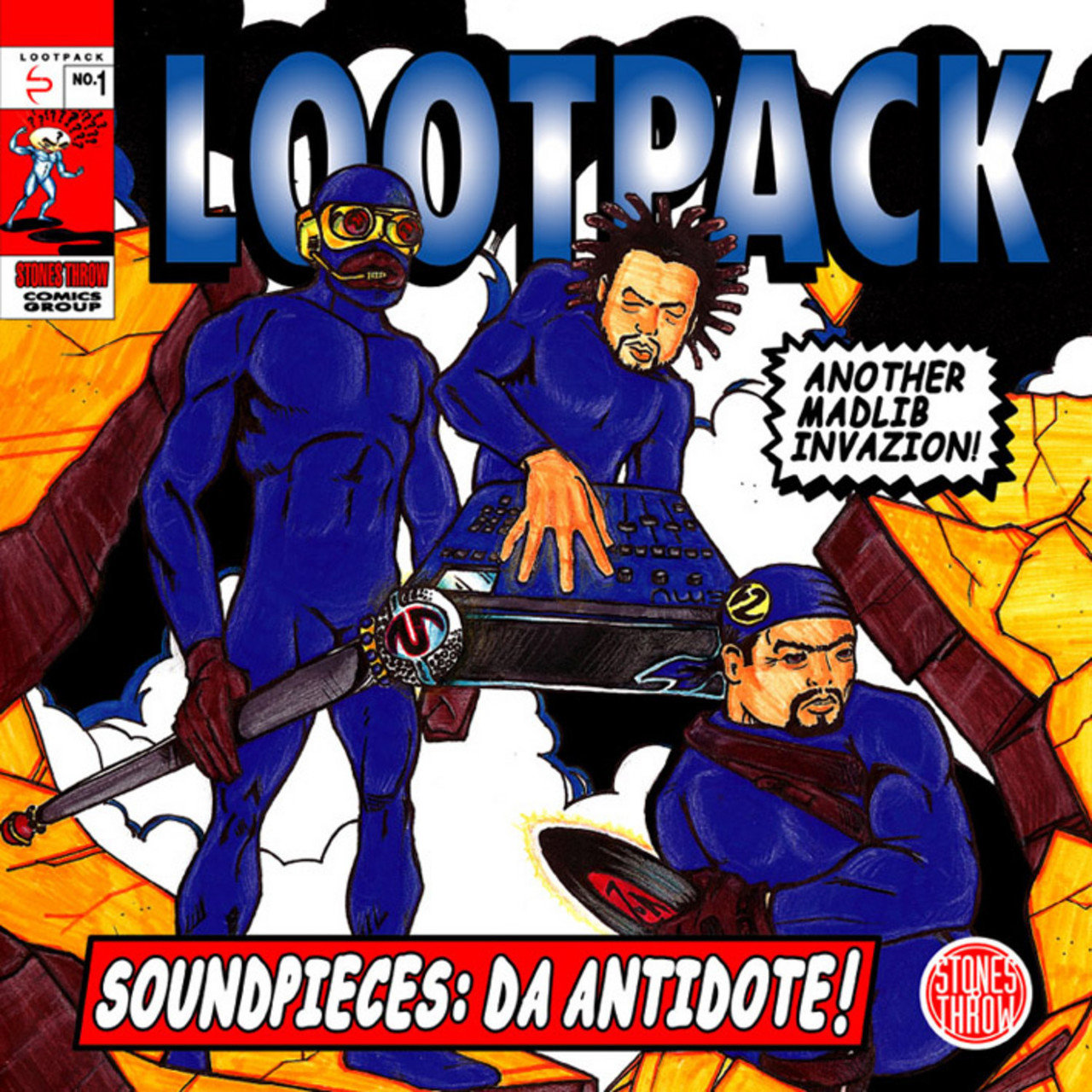 Lootpack were Oxnard’s answer to DITC, an outfit comprising Wildchild, DJ Romes, and Madlib, with fringe members including Madlib’s younger brother Oh No, their friend MED, and guest appearances from old pals The Alkaholiks (whom Madlib had guest produced for throughout the mid to late nineties), Defari and Declaime a.k.a Dudley Perkins. The album is as raw as the hand drawn cover it comes in; battle rhymes over crunchy SP1200 beats.

Whilst not comparable to Madlib’s later, more sophisticated work, it definitely has its charms and moments, not least the joyfully rhetorical ‘Questions’, the brilliant ‘New Year’s Resolution’, the obligatory posse cut ‘Episodes’ and the mission statement ‘Cratediggin’. “Diggin in these crates for a fat remix, even if it sounds wrong to thee” drawls Madlib – a glimpse of the philosophy that would drive his oeuvres to come. 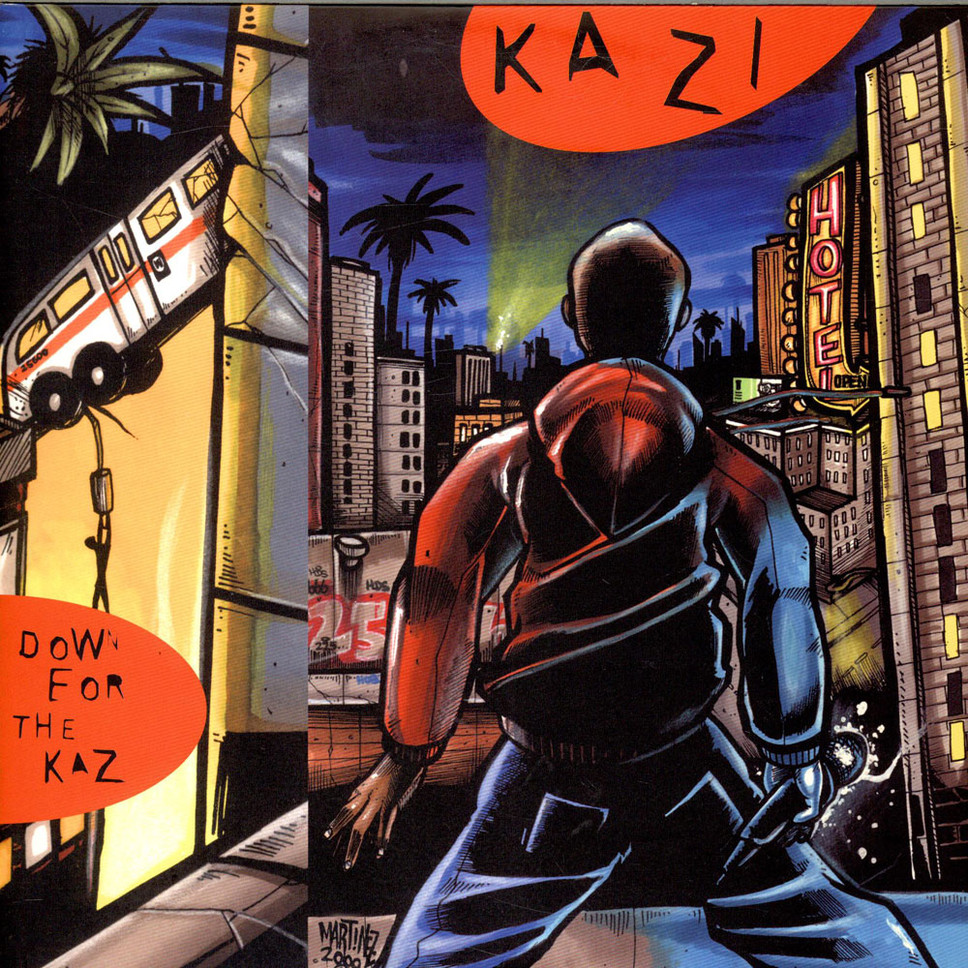 Kazi was another Oxnard sparring partner of Madlib’s, who also appeared on the Soundpieces LP and had a relatively slept-on career, recording only on other indie hip-hop labels from this moment on. It’s a shame the future didn’t pan out differently for Kaz, since this debut EP was sublime – fantastic rhymes, backed by a number of Madlib’s greatest beats. If there’s one track to skip straight to here, it’s ‘A.V.E.R.A.G.E’, a b-boy anthem of the highest order that always got heads nodding at jams of the era. Perhaps my favourite bad kid beat ever, ‘A.V.E.R.A.G.E.’ demonstrates Madlib’s total mastery of the SP1200, the cracking drums and jazz vocal adlibs “so.. i…” followed by that eponymous string swoop are engrained in the memory of all old school ‘Lib fans. 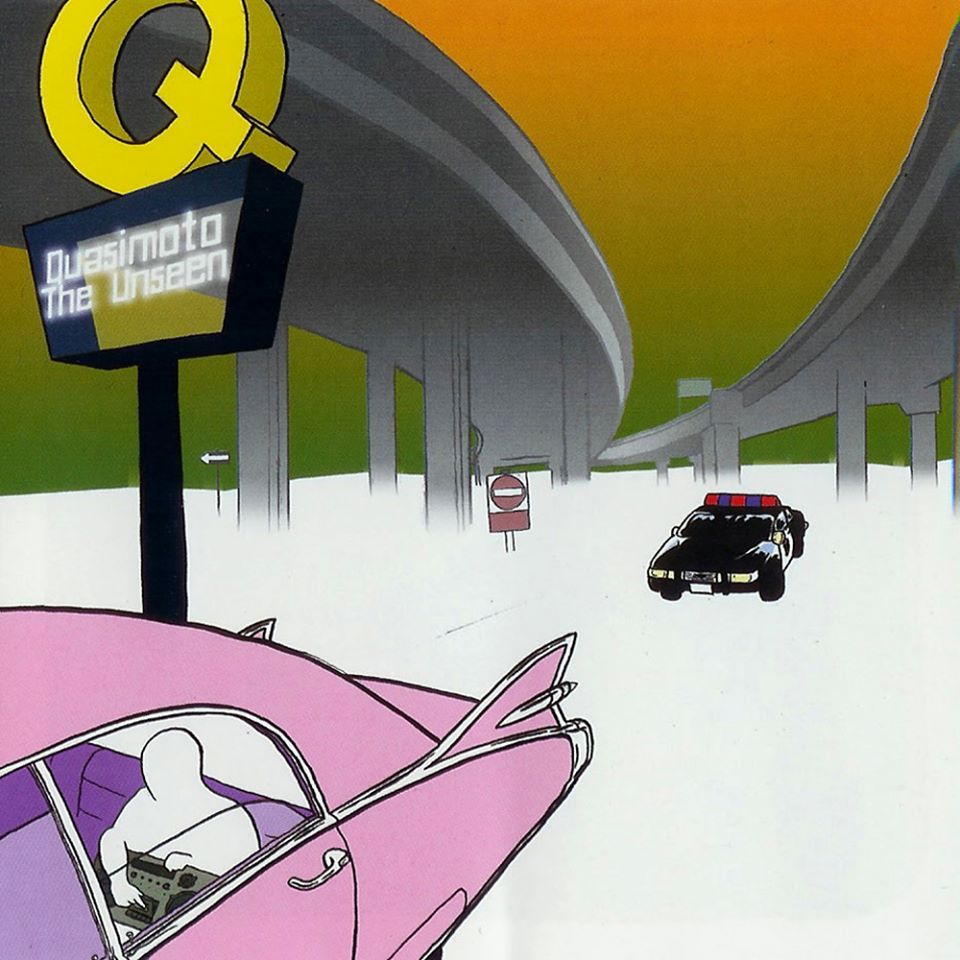 It’s unbelievable to think Lord Quas is now a decade old. For the unacquainted, Quasimoto is Madlib’s helium voiced alter ego, and like Dr Jekyll and Mr Hyde, he embodies the darker, manic and crazed side of Madlib’s personality – a weed smoking, brick throwing, jazz lovin’, astro-travelling misogynist who is always labelled as a bad character, no matter what he does.

The Unseen is a patchwork quilt stitched together from the poetry of Melvin Van Peebles, the greatest breaks in rap history, the personality and voice of Sir Nose D’Void of funk and the astro-mythology of Sun Ra. It’s both hilarious and deeply brooding by turns, with Quas tackling the subject of racist police on ‘Low Class Conspiracy’ as easily as he sings the praises of being ever-blazed with fat pockets on ‘Green Power’. A rap album so unique and entertaining it’s impossible to tire of it, and to crown it all, some of the finest Madlib beats in history, his most visionary and groundbreaking work, recorded on mushrooms and mixed entirely on a Tascam cassette tape multi-track. 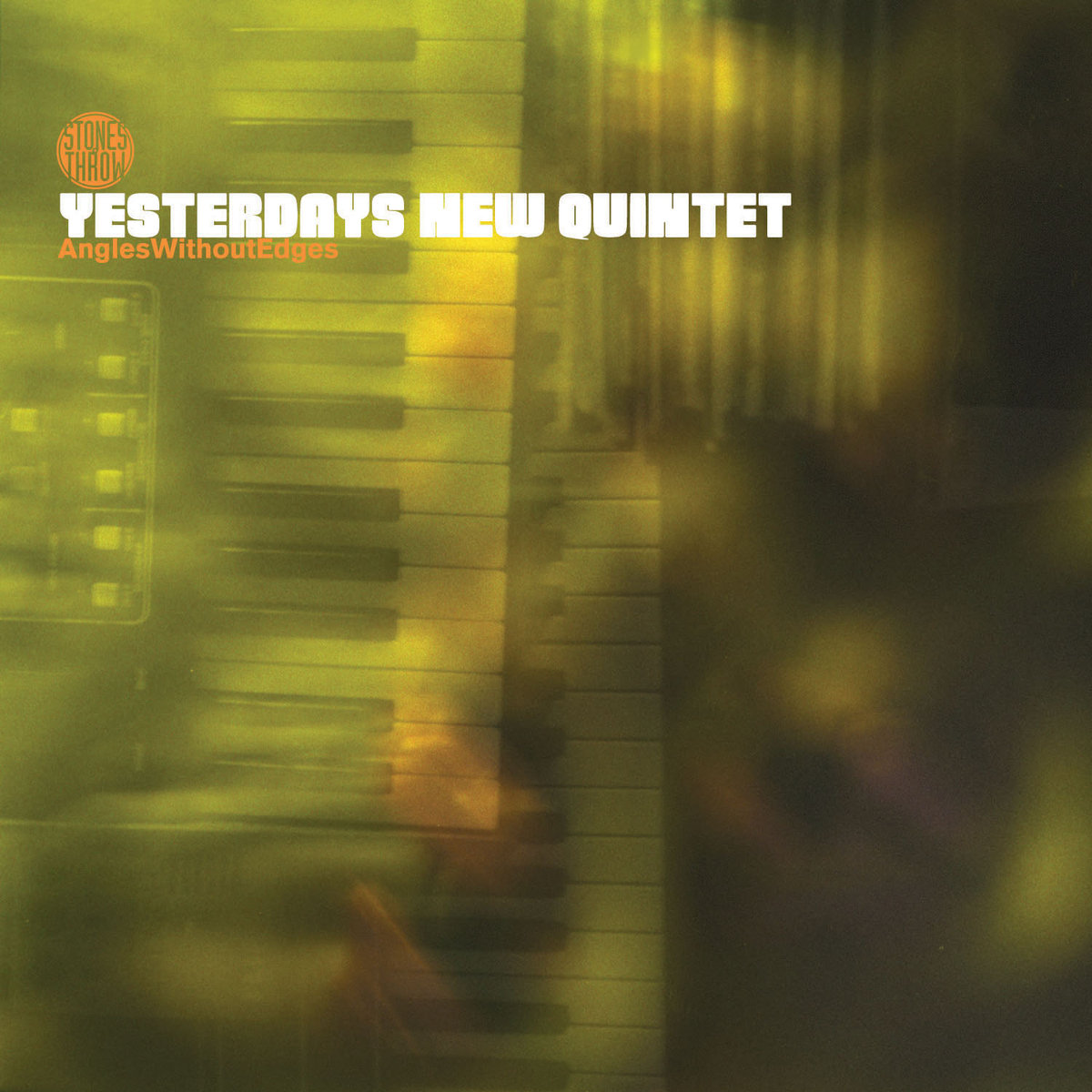 Madlib began his foray into recorded jazz in 2001 with a couple of 7”s – ‘Elle’s Theme’ and The Bomb Shelter EP – that charted the musical movements of a new fictional entity, Yesterdays New Quintet. Though they sounded like a band, YNQ, like Quasimoto before them, were a way to indulge another key element of the bad kid’s schizophrenic musical personality.

Though critics have often lambasted the YNQ series as being poorly or sloppily played, the weird, off-beat timing and dissonant melodies of Angles Without Edges still resound with authenticity, easily coming off like a west coast private press jazz LP from the early 70s. You can almost picture ‘Lib slumped over the fender rhodes, spliff hanging out the side of his mouth, swinging through the changes of Uno Esta or Sun Goddess with a boyish grin. This is jazz Jim, but not as Miles or Coltrane knew it – jazz for the blunted generation, a far more genuine portrayal of the relationship between hip hop and jazz than the likes of Guru’s Jazzmatazz. 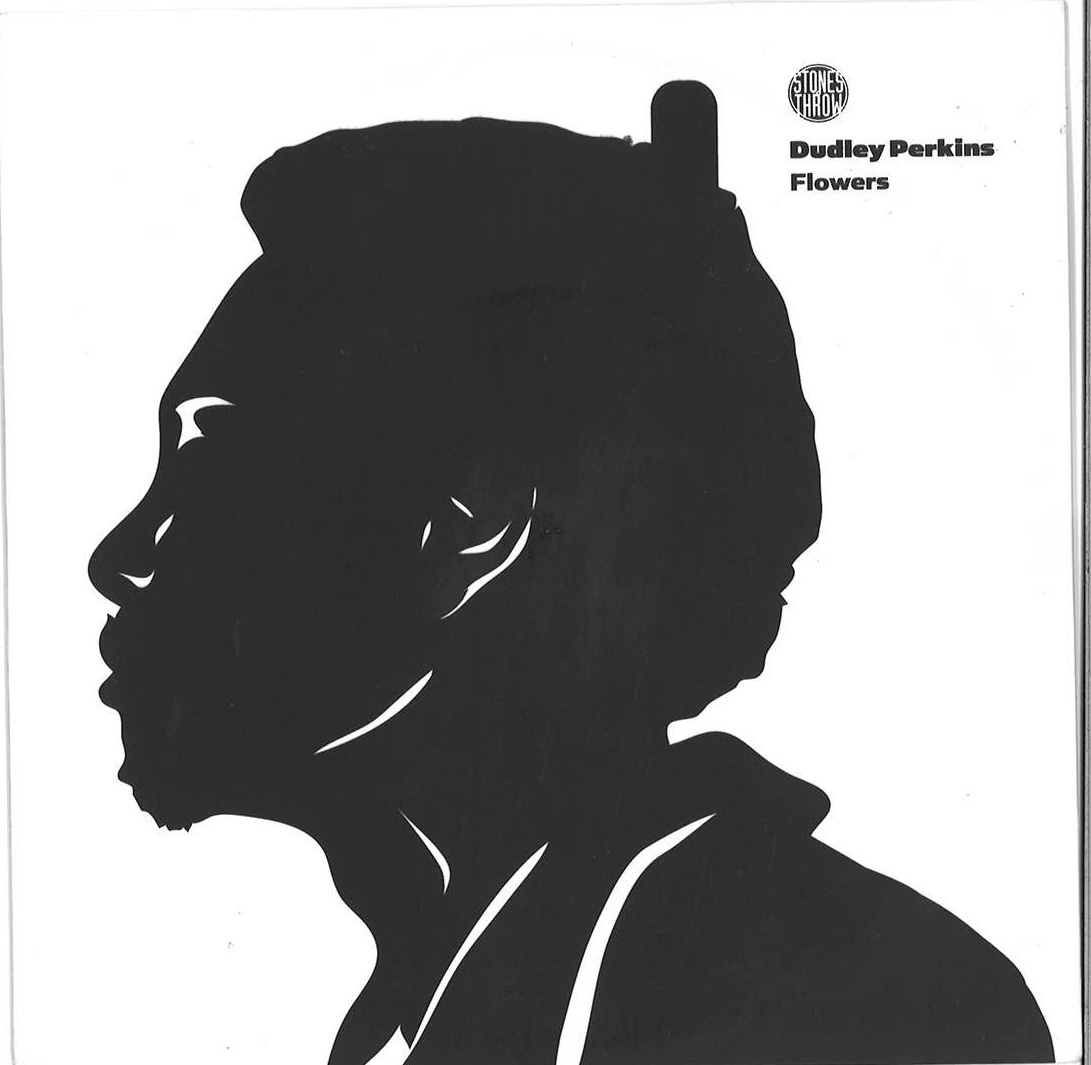 ‘Flowers’ is a knock out from the moment the needle hits the record. “And even though, the flowers bloom..” softly sings Declaime, aka Dudley Perkins, over a signature jazz-piano led Madlib beat.

A prelude to the crooner Stones Throw releases of today – such as Mayer Hawthorne’s ‘Just Ain’t Gonna Work Out’ – ‘Flowers’ shows that even the most unlikely singers can prove to have enduring appeal. It’s hard to put a finger on why this is so good, but it just is – so simple, but so hooky, with wonderful delivery from Dudley and brilliant production from the tascam villain. It may also sound hard to believe that this was an after-hours and early doors anthem in 2002, and even led to the odd drunken singalong at parties of the time. 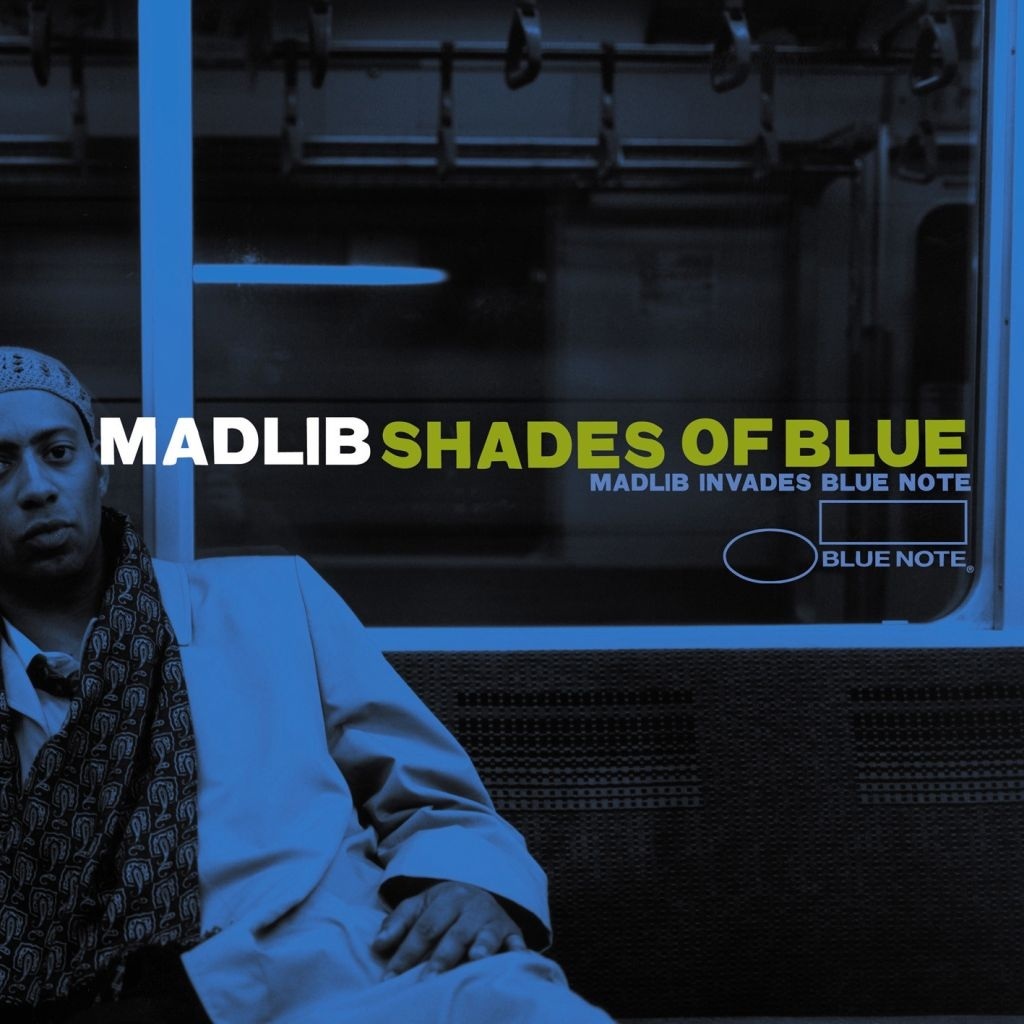 2003 was a golden year for Madlib. Following a series of YNQ related “solo albums” – under guises such as The Joe McDuphrey Experience, and Ahmad Miller – Madlib got a call from Blue Note, perhaps the greatest Jazz label in living memory, to see if he fancied trawling through their vast archive of master tapes and creating some remixes and new-from-old sample based compositions in the spirit of YNQ. Naturally he jumped at the chance, and the resultant LP Shades Of Blue is a bizarre ride through the work of the greats via Madlib’s skunk-powered sonic filter.

The strong points here include a double time, awkwardly timestretched and clap-driven version of Ronnie Fosters ‘Mystic Brew’, a dub mix of Donald Byrd’s Mizell produced opus ‘Stepping Into Tomorrow’, and a vocal hip hop version of Bobbi Humphrey’s ‘Please Set Me At Ease’, which flips the refrain into a Dilla-influenced bounce. Anecdotal evidence suggests that ‘Lib was also given the reels for Axelrod’s opus Songs Of Innocence, but allegedly that was too “perfect” to his ears to get the Beat Konducta treatment. Who knows what else lurks in the vaults? 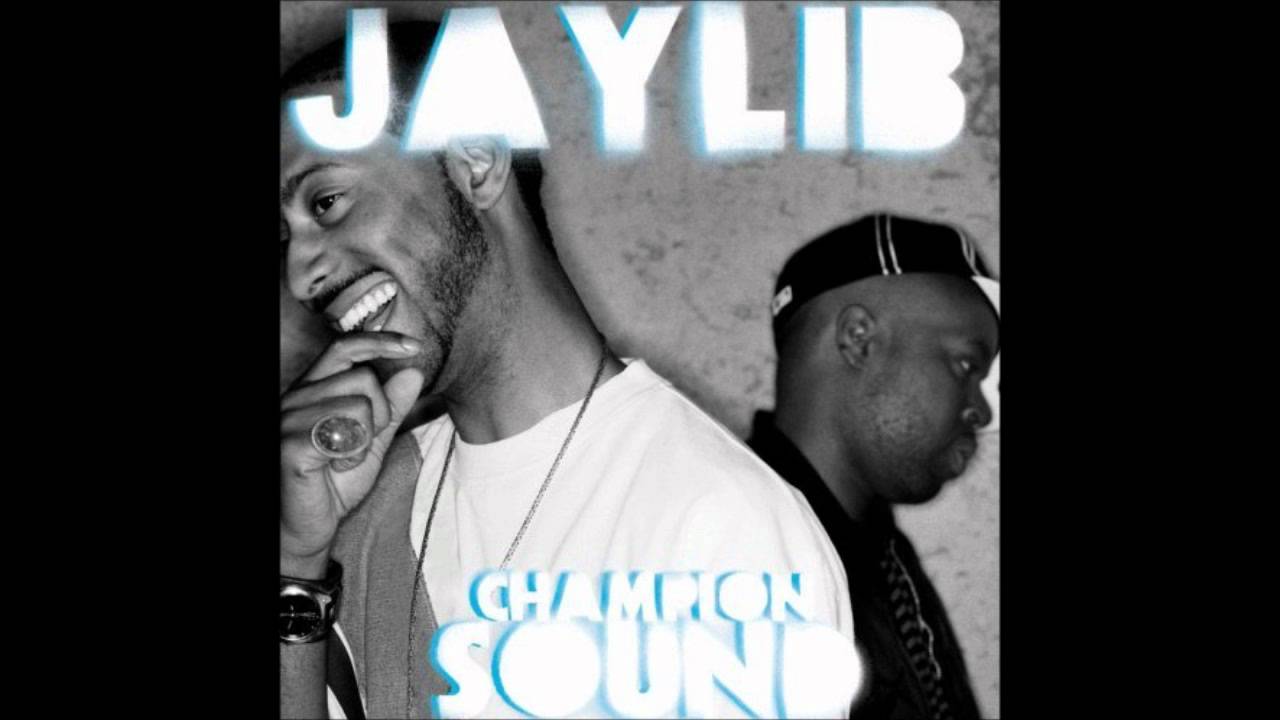 Next to follow in 2003 was this highly anticipated collab with J Dilla, at that time known as Jay Dee. Dilla had dropped the Ruff Draft EP earlier that year on his own label, Mummy, and this album’s production took a similar direction to Ruff Draft – raw, banging, crackling beats, sounding like they were straight from the proverbial mu’fuckin cassette. The collab was sparked by a Madlib white label on which he rapped ‘The Message’ over one of Dilla’s beats, and Champion Sound took that approach to a full length, with both producers trading bars over each others compositions. JayLib was not critically exonerated at the time – an average of 3 stars in publications as I recall – but was an instant hit with their growing cult fan bases from day one.

It’s not hard to see why in retrospect – the joyous swagger with which Jay spits “with a supersize shake for the haters / Mad-Dilla, combo number 1” over Madlib’s beat on ‘Heavy’, and the rousing horns on ‘The Official’, rank as some of the duo’s finest moments on wax. It also must rank as one of the few rap albums in history where the emcees mutually produced each others beats. 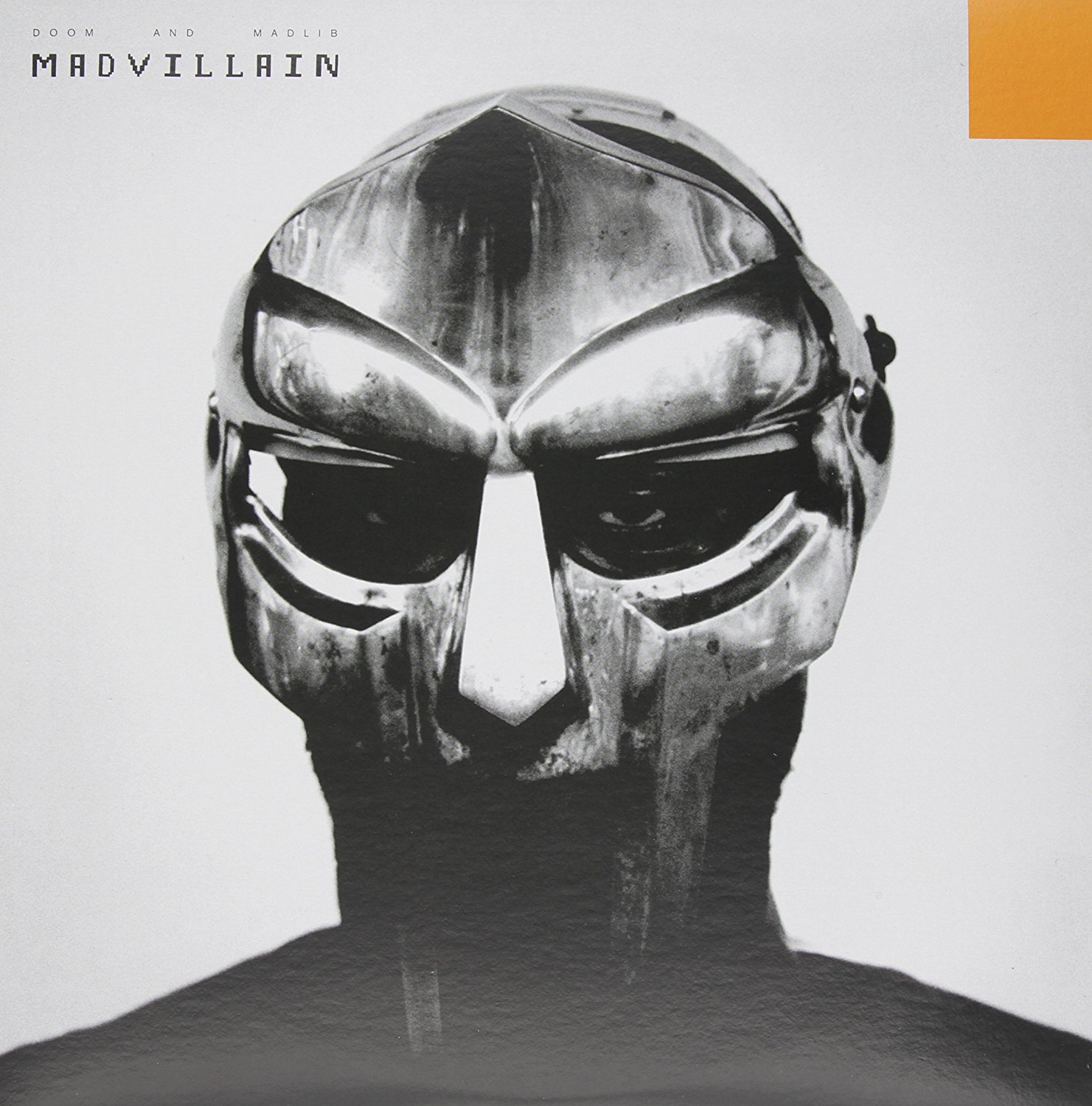 Fresh off the heels of JayLib came Madvillain, Madlib’s collab with MF Doom, with the ‘Money Folder’/’America’s Most Blunted’ 12″ in 2003 and then a full LP in 2004. It seemed as though Madlib was the west coast underground Marley Marl at this point – Madvillainy is consistently praised as a complete and satisfying hip hop experience, a perfect synergy between raw beats and incredible rhymes that in the minds and hearts of many, neither party has yet to surpass.

From the eerie Daedulus sample that opens ‘Accordion’ to the very last bar of ‘Rhinestone Cowboy’, Madvillainy is a journey into Doom’s dense wordplay and Madlib’s dirt-cheap sampler crunch and light/shade contrast, and they compliment each other’s work perfectly. Credit where credit is due though, the enduring appeal has a lot to do with the genius rhymes Doom spits on this album, probably his finest and most tongue twisting since ‘Operation Doomsday’.  “Doom’s songs lit, in the booth, with the best host / Doing bong hits, on the roof, in the West Coast / He’s at it again, Mad at the pen / Glad that we win / a tad fat in a bad hat for men”. 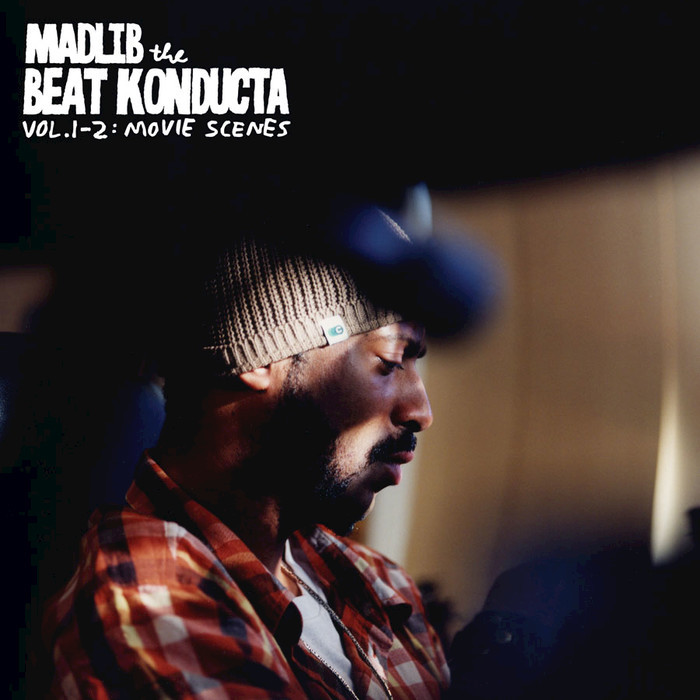 It’s almost impossible for me to pick the essential Beat Konducta – each release in the series is a seminal insight into Madlib’s production. The first double 7″ – now known as Beat Konducta Zero: Earth Sounds, for chronological reasons – is perhaps the most loved, due to the raw SP1200 crunch and vintage cuts like ‘Elements for Mr Crabfeather’ and ‘Drama Scene 4’. But 2006’s Vol 1 – 2: Movie Scenes has dated very well and still stands up to club play or home listening – for those not familiar, these are instrumental releases packed with loops, skits, and beat ideas, which were very formative in shaping the “beat generation” musicians of today such as Flying Lotus, Ras G and their peers.

Ideal for those with short attention spans and a love of zoning out to raw beats, Movie Scenes is, to quote Busta, that head-nod shit to make you break your neck. If you’ve never heard it, go straight to ‘The Payback’ and turn it up. Meanwhile for fans of the series – I hear on the grapevine the Beat Konducta’s next destination is Africa. 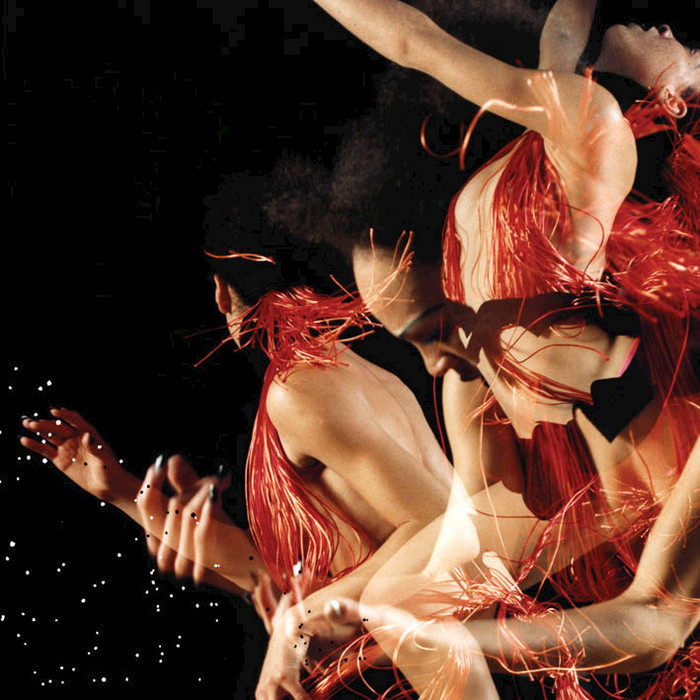 And finally, the wildcard, the personal favourite and the album most in need of re-appraisal: DJ Rels. Whilst Madlib was honing his art on the West Coast, on the west side of London the likes of Orin Walters, Daz I Kue, IG Culture and Dego were creating a new musical template that would later be named “broken beat”. And they were undoubtedly as shocked as the audience following them to discover that Madlib loved their music – so much that he shouted out “peace to Seiji” on The Red, and even recorded a whole LP in the West London style.

Theme For A Broken Soul sounds as remarkable today as it did then – the sound of a blunted hip hop jazz musician having a go at twisted dance music – and as mixed as the results are, the rapidly modulating pitches of the breakdown in ‘Diggin In Brownswood’ still do the same damage to [London club] Plastic People dance floor today as they did 6 years ago. The spiritual jazz interludes that cry out “music is freedom, music to take all the bad vibrations away” turn Theme For A Broken Soul into a song cycle, the sound of Madlib pushing way beyond his comfort zone into unexplored territory, and creating the definition of timeless, joyful noise in the process.

Read next: The genius of MF DOOM in 10 essential tracks