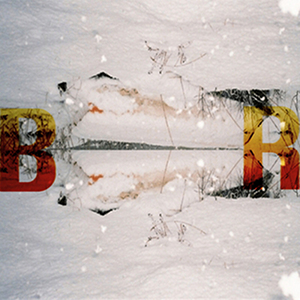 Available on: Not Even EP

From his very first single of note, ‘Fast Motion’, Toby Ridler has stood out as one of the most interesting artists in London’s more-crowded-by-the-moment spectrum of bedroom musicians. ‘Fast Motion’ carried all the hallmarks of an artist who knew exactly what emotions he wanted to provoke with his music – in this case fear, spine-tingling frenzy and a subtle longing for an unknown other – but he didn’t have much of a clue how he wanted it to sound at that point. It was all over the place. That was one of the things that made it so interesting.

In the singles that followed, Ridler refined the Becoming Real sound to a very narrow set of elements: “eski” style square wave synths (originally popularised by Wiley, but Ridler’s arpeggiated use of them seemed to owe more to Zomby’s later take), 808 drum machine samples and chopped up r’n’b vocals. He’d quickly developed a distinctive sound of his own – if one that’s quite clearly in debt to specific figures that had come before him – but for me, the tracks lost a little of their magic. On records like ‘Antarctic City’ and his Spectre EP, Ridler seemed to have refined things a little too much, chiselling tracks down to the point where they were so transparent in terms of their minimal make-up that it’s immediately obvious what each element was and where it came from. There was no mystery to them; nothing to discover.

Solar Dreams / Neon Decay is the first full Becoming Real record in some time, and the wait’s paid off: it’s his best yet. It varies in quality across its seven tracks, but generally, Ridler’s now hit the right balance between the lean, factory line minimalism of classic grime and footwork (both well-publicised influences on him) and that lasting sense of “how’s he done this?” that you get from the layered, smudged and often completely grid-less seeming work of producers like Throwing Snow and Lukid. Oddly, it starts on a bit of a low-point – opening track ‘Snow Drift Love’ strikes that balance I mentioned earlier in this paragraph, but the cut-up r’n’b vocal just seems unoriginal, and let’s face it, as awful as this sounds, just a little bit 2010? Yes, it’s a shitty way to think, but when there’s such a glut of average tracks out there bogged down by similar vocals, you’d hope for someone as interesting as Ridler to stay a step ahead of the pack.

‘Lady Lazarus’ steps things up, with a far more welcome vocal sample leading the way through a snow-covered forest. Rhythmically it’s quite straight for a Becoming Real track, but with those fluttering synthlines bouncing up from the reflective floor and twinkling down again, there’s enough to keep things from getting too samey or predictable. ‘Work Me’, featuring UK dancehall artist Lady Chann is a real grower despite a vocal performance that’s low on memorable moments, while ‘Equinox’ feels like a sequel to Spectre’s ‘Like Me’, vicious grime with a lead riff rocking back and forth while squiggled, poltergeist-style melodies circle their prey.

‘Anthropology’ follows, and quietly makes for one of Solar Dreams’ best tracks. Ridler’s completely moved away from the dancefloor and the vocal booth here, patiently treading a path through that same forest as ‘Lady Lazarus’ – except now darkness has fallen and you feel like you’re one step away from being devoured whole by it. ‘Slow Melody’, though, has to be the EP’s best moment. Voiced by Sunless 97’s Alice, the track’s backing feels like Ridler started off making a slow sino-grime tribute (a style briefly pushed by Jammer and others, heavy on Chinese samples), before getting carried away by its potential as a Telepathe-esque piece of art-pop. It’s gorgeous, completely overshadowing Neon Decay’s still-perfectly-good closer ‘Zoning’, and sowing seeds in my mind that although Ridler plays the role of a solitary voice pretty well, his true strength might just lie in – shock, horror – producing pop music. 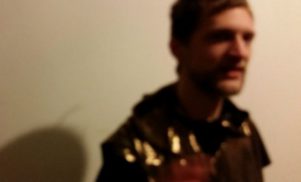 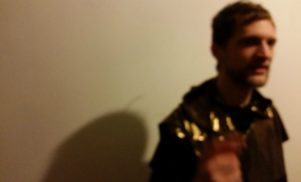