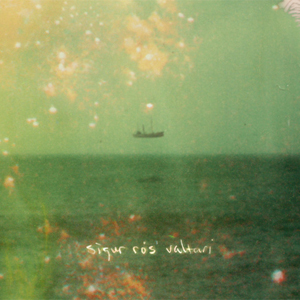 As I sit here sweating in my shorts for the first time this year (first time for the shorts that is, not the sweating, oh no), I’m struck by the thought that maybe Sigur Rós have made a misstep with Valtari. Not with the album itself (we’ll get to that) so much as the timing: surely the Icelandic quartet’s peculiarly frosty brand of quiet-loud rock is a bit of an unseasonal proposition poised, as we are, on the cusp of summer? Then again, I’m probably just falling back on cliched and slightly racist associations: the clever people at the BBC saw things more clearly, realised that this could be music not just for deep winter but for all seasons, all continents and all of God’s creations when they chose ‘Hoppípolla’ (from 2005’s Takk) to accompany an unavoidable TV ad campaign for Planet Earth in 2006. At least I imagine that was the reasoning. As if to confirm the universality of it, the track (Wiki tells me) was subsequently used on an Oxfam ad, several film trailers and the closing credits of the FA Cup Final and the Boat Race. From the incalculable majesty of nature to a canoe full of American athletes sweating up the Thames: this truly is music for all occasions, modes and moods.

So where do you – Sigur Rós, a band with what you might have thought was minimal mainstream appeal, suddenly speaking to a vast global audience – go from there? The answer seemed to involve pursuing a trajectory that had been unfolding for a while: 2008’s Með Suð Í Eyrum Við Spilum Endalaust flirted with poppier forms in an acceptably inoffensive way; last year’s live album Inni saw the band, stripped down to a four-piece, attempting to match their intensity to the cavernous interior of Alexandra Palace – resulting in the kind of stadium-bothering guitar swells and over-emoting vocals you might expect. In between, there was reportedly a scrapped album’s worth of material and a period of unofficial hiatus. You can’t blame them for feeling the pressure.

For Valtari, then – perhaps in admission of having strayed from the true path – the pendulum has swung back to the other extreme. This is a slow, interminably contemplative record. Those signature bowed guitars are, thankfully, largely absent – as is percussion, apart from the occasional surging bass drum thud – in favour of rich but delicate orchestral textures, banks of choirs, muted pianos and electronics. Jónsi Birgisson’s falsetto has retreated from the near-pop articulacy of, say, ‘Gobbledigook’, back into the ethereal neverland that spawned it – quiet, querulous and misted with strange reverbs, as if intent on conveying the maximum amount of emotion with the minimum amount of expressive force.

And it’s certainly possible to find upsides to the whole thing. There’s nothing here resembling stadium polish: if anything, the lush arrangements often yield subtly fascinating results. Take ‘Ég anda’, which opens with shadowy vocal counterpoint and diffuse strings – and there’s something in the background, the crackle of a runout groove maybe – before being interrupted by a looped fragment of guitar, dropped in wholesale for 20 seconds or so, its purpose unclear. Or the start of ‘Rembihnútur’, whose dreamy, Harold Budd-esque piano solo rests on a bed of occluded sounds – perhaps close-miced geological movements, or the amplified crackle of stiff clothing. These intriguing moments recur – often in intros and outros – and suggest an attention to detail far beyond the expectations of a mainstream audience.

But then there’s always, it seems, the compulsion to congeal, to build into something altogether more hackneyed: the euphoric chord progression, the heartfelt vocal, the soaring strings. At its peak, ‘Dauðalogn’ sounds not unlike bits of the Lord Of The Rings soundtrack, and in many ways the sense is similar: of emotiveness tipping over into manipulation, profundity carefully tailored for mass appeal. Maybe that’s unfair – and the fact is, Sigur Rós fans will find plenty to love on Valtari. But then that’s probably because Sigur Rós fans, as far as I can tell, want to love basically the same thing over and over: the same gesture, the same sentiment, the same refined but claustrophobically narrow conception of beauty. And, when it comes down to it, what does this intensely “meaningful” music actually mean? Sigur Rós are well known for often singing in an invented language called “Hopelandic”: a simplistic, nonsense-jumble of phonemes intended, so they say, to encourage listeners to ascribe their own meanings to the music. But where do you draw the line between some dizzyingly universal sense of the profound and a tired string of empty platitudes? When Birgisson opens his mouth, words (of a sort) do come out – but you’d be forgiven for thinking it was just hot air. 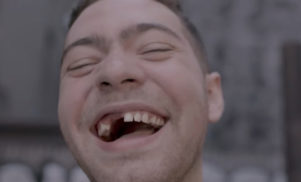 Wiki links up with Obongjayar and JJ for new track ‘Elixir’