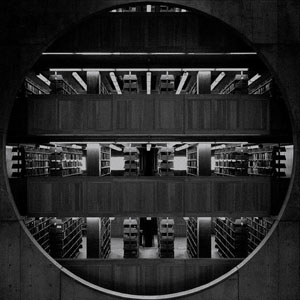 As CFCF, Canada’s most singular export of pop-shaded minimalism, Mike Silver has never been one to bow to popular trends. Exercises, a collection of eight miniatures inspired largely by modernist architecture of the 1960s, is no different, showing him at his typically introverted best. Such as the mid-20th Century inspirations are, the music pirouettes confidently but humbly around small ensembles of piano, synths, occasional drum machines and a lone vocal number, the basis of the compositions formed from elements of Kosmische, pop arrangements in the style of Ryuchi Sakamoto and Philip Glass-like neo-Classicism.

‘Exercise #3 (Buildings)’ is an overt example, its Glass-like piano arpeggiations beneath a slow, floating synth brass fanfare of instantly recognisable prog voicing. Elsewhere, ‘Exercise #7 (Loss)’ uses a triple-time piano part at its core, sawtooth waves and vibraphone-like ascending washes fading in and patiently pulsing in a cloud around it.

Silver has the innovation to take these even further, however. ‘Exercise #6 (December)’ is aptly wintery, pairing piano with a slow-attack synth brass harmony that recalls many moments in Autechre’s Amber before introducing a revolving, glassy mid-range counter-melody that pulls it into a new direction entirely. ‘Exercise #4 (Spirit)’ is also especially worthy of notes as a beautiful meditation, based around a synthesized harmonium-like drone. As clicky mid-range keys amble daintily beneath, a butterflies-in-the-stomach sense of quiet excitement is drawn out by increasing vibrato and breathy shakuhachi/vox chord gestures.

‘Exercise #2 (School)’ introduces a clicking beat reminiscent of Telefon Tel Aviv, and could perhaps have benefitted more without it. However, this is probably the release’s only weakness, as where percussion appears elsewhere the choices are only well considered. In ‘Exercise #5 (September)’, a cover of David Sylvian & Ryuchi Sakamoto’s own understated piano ballad ‘September’, the rhythms Silver applies are perfectly chosen; a lolling, patient 2-step variation with woodblocks and claps shuffles. This sits underneath a radical augmentation and re-arrangement of the original, turning it into a gently rolling journey full of interplay between on-beat, staccato piano repetitions and syncopated reedy synth harmonies. Slowly swirling, shifting pads fill out the picture around Silver’s vocals, mellow to a point of comparison with José González.

The restrained kick, clap and hiss-hat beat of ‘Exercise #8 (Change)’ is also pointedly successful, pinning a chord sequence voiced in a Fennesz-like granular fuzz and a pulse-filtered bass to an unexpected use of more familiar block structures, incorporating a drop and a build before suddenly stopping and ending the EP.

This abrupt finale in particular underlines the EP’s personality. In an era of beat tapes and ‘leaked’, often unfinished material it is particularly satisfying to know that brief studies of this kind still have their place. As some mixture of deep pop or contemporary classic works, any track on Exercises could be developed to far greater length, but Silver’s decision to reign these in is deftly handled. The result leaves the listener with less of a sense of control and more of an experience controlled by someone who knows exactly what they are doing. 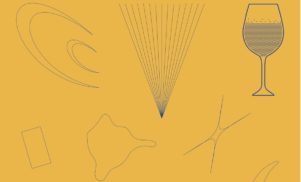 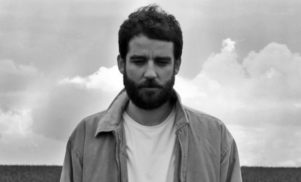 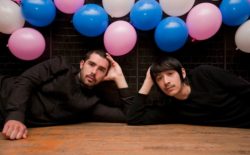 CFCF to return with a new EP of porcelain pop fancies