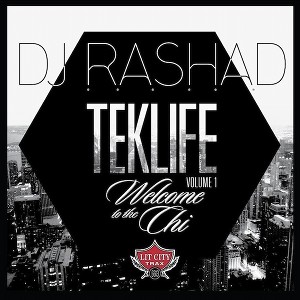 Traxman’s Da Mind Of Traxman – the “best footwork album yet” (cf. practically every reviewer) – arrived wreathed in plaudits. Rightly so, in some respects: few releases on the ghetto house-juke-footwork continuum come close to Traxman’s cosmopolitan sound pallete and eye for microscopic detail. But, to these ears at least, there was also a sense that Da Mind Of Traxman was a record for the head rather than the feet. His 160bpm miscellania were impressive, but the most compelling aspects of footwork – the just-cut roughness, the rambunctious energy, the sheer alterity of these impossible polyrhythms – were conspicuous by their absence. ‘Functional’ is often slung about as a perjorative term, but it’s a virtue in relation to footwork. When the function is to twist and bend bodies into impossible shapes, the more functional the better.

DJ Rashad – probably still the best known of the Chi-breed – has always seemed to understand the basic mechanics of the genre better than any of his contemporaries. Sweeping aside faff and fluff, his productions cut straight to the heart of what makes footwork so unsettling and wonderful. On his 2010 album Just A Taste, he went in for fetishistic repetition and sudden jump-cuts. His mixes – of which 2010’s Spinn team-up for FACT was a golden example – are scrappy exercises in (mostly) tension and (occasionally) release. What with the juddering samples and those spastic snare-snaps, there’s a sense of auto-destruction in his work – conventional pop arrangements committing seppaku in spectacular fashion.

On the evidence of Welcome To The Chi, Rashad is still representing the tougher end of footwork better than anyone else. His new full-length is a fierce, white-hot record: frequently blistering, and very rarely blustering. Frenetic opener ‘Feelin’ sets the tone, shredding an old soul sample to bits over a skittering drum programming. There’s also a clear sense of machine worship throughout, not only in the track titles (‘iPod’/’Twitter’), but in the fascination with bleeps and digital trills. ‘Don’t Drop It’ is full of madcap Morse code signalling. ‘Fly Spray’, meanwhile, sounds like Kraftwerk’s ‘Tour De France’ tricked out with rocket boosters.

It’s not the only way in which Welcome To The Chi sounds plugged in. Footwork’s spores have spread everywhere from New York (Machinedrum) to Norway (Slick Shoota). More so than on Just A Taste, Rashad seems to be engaging with the global matrix. ‘Bakk Off’ features British voices (“she’s a sket”) and British tropes ( a surprise drum’n’bass interlude) alike. ‘Walk For Me’ follows the lead of Joy O & Boddika’s ‘Swims’ by sampling Tronco Traxx’s ‘Walk 4 Me’, an example of distorted mirror images being flung back and forth across the Atlantic. If Da Mind Of Traxman summoned the image of Traxman digging through dusty crates, Welcome To The Chi sees Rashad looking outwards, engaging with the world.

Unfortunately, Welcome To The Chi‘s surplus energy isn’t always put to good use. Rashad’s exuberance regularly spills over into silliness. The jazz hands razzmatazz of ‘Chicago’ just about navigates the tightrope separating infectious and irritating, but it’s a very close call. A good few of the other tracks, however, take the full tumble. ‘Twitter’ – inane, blaring and fantastically annoying – is a fitting tribute to the online service. ‘CCP’, meanwhile, manages to include both scatting and yodelling, thereby reviewing itself. Chopping and screwing is always liable to leave things sounding, well, screwy – but Rashad’s relentless production style is more successful when it wears a poker face rather than playing the fool.

As it happens, the two stand-outs are at the straighter end of the spectrum. ‘We Trippy Mane’ combines analgesic synths with the witter of computerised birdsong. Over its five minutes, it tilts from bewildering to blissful. ‘Shoot Me’, meanwhile, falls somewhere inbetween a Lunice track and Oxide & Neutrino’s ‘Bound 4 Da Reload’. It’s at once the most accessible and the most satisfying thing he’s done since ‘Itz Not Rite’, and shines through as Welcome To The Chi‘s real triumph.

There’s another big, big elephant in the room. 2010’s comparatively lean Just A Taste suggested that Rashad knew how to ration himself over the course of a full-length. The 20-track Welcome To The Chi, by contrast, suffers from some serious bloat. When I spoke to him for FACT, Lit City associate J-Cush talked about how Rashad et al might typically knock off two dozen tracks a week. The desire to document everything is admirable, but you can’t help but feel a steady stream of ad hoc releases might suit this sort of musical infrastructure better than the occasional hypertrophied LP. Somebody has to learn from hip-hop’s mistakes.

Welcome To The Chi contains some of Rashad’s best music, and testifies to the galvanic power of his distinctly rough’n’ready approach. But it also suggests there might be more manageable ways of digesting what Rashad does. Compiled and sequenced as it is, Welcome To The Chi‘s shock and awe dazzles less and less with each listen. Still, as a display of force, its powers shouldn’t be underestimated. Da Mind Of Traxman? The muscle of Rashad. 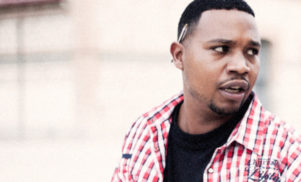 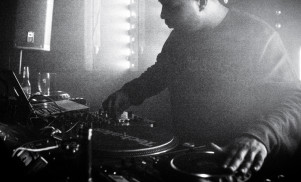 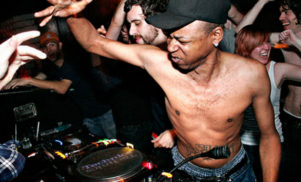 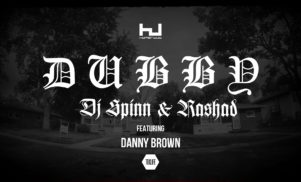 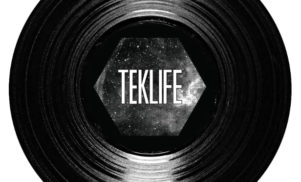 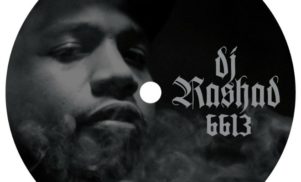 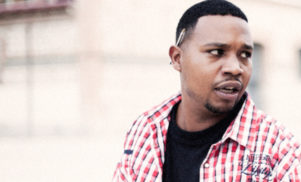