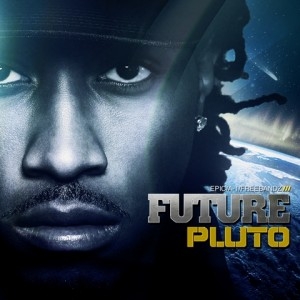 Some artists just aren’t cut out for albums. This should be no diss, even if more appears to ride on the critical and commercial validation provided by the format than ever before these days. Having paid his dues on the mixtape circuit and guest spots for heavyweights like Gucci Mane and Rick Ross, Atlanta’s Future broke through over the past year with three impressively varied singles. ‘Tony Montana’ was superior trap bragging, as tense and suspenseful as a horror movie thanks to its tightrope-taut beat, all circling piano motif and elastic rhythms. Future’s own manic croak suited it to a tee, as did vivid imagery such as, “I’m ’bout to cop a tiger and put it in the castle.” Next came ‘Magic’, most notable for a scene-stealing verse from the fresh-out-of-jail T.I. and Future’s understated, sing-song channeling of a spaced-out Young Dro. Most recently, ‘Same Damn Time’ found him revelling in his status with a good deal more joie de vivre and energy than his previous hits would have indicated him capable of: its tinny synth fanfares, stomping-drunk hook and staggering-drunk verses seal its anthem status with ease.

On Pluto, Future does his best to build a coherent album around these hits. He succeeds; the problem is that it’s too coherent. It starts brilliantly, with R. Kelly floating around a startlingly empty beat crooning about “Apple phones” with more than a hint of wonderment. But from there, Pluto recedes into template rap: garbled space ballads that recycle T-Pain’s mid-00s adventures in Autotune to infinitely less emotional effect and that aren’t nealy as vibed-out as the aesthetic requires; and identical straight-up rap bangers of diminishing returns. Both Future’s drugged-out vocal style and the chintzy production, so arresting in isolation, become wearying; by the time the album hits a brief upturn in quality in its closing stages (the genuinely compelling ‘Permanent Scar’, Trae Tha Truth demonstrating again why he’s one of rap’s most interesting current voices on ‘Long Live The Pimp’), it’s hard to rouse oneself to care.