Bobby Womack: The Bravest Man in the Universe 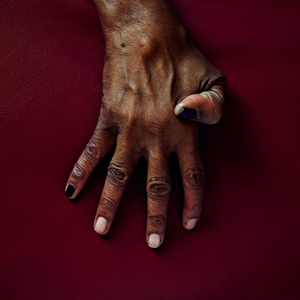 Due to the previous critical acclaim of the late Gil Scott-Heron’s I’m New Here the news of a return album from soul legend Bobby Womack on XL Records has the suspicious air of a revivalist streak about it. Production and co-writing again goes to label-boss Richard Russell, joined this time by Damon Albarn, the decision to create a comeback record having been suggested by him after Womack contributed to his ubiquitous Gorillaz project (who have previously lured Ike Turner out of retirement also). The electronic-tinged nature of the collaboration is again very similar to Russell’s work with Scott-Heron, objectively, so how much of this is opportunism, vanity, cynicism?

Happily, while the lyrical content can be a little prescriptive in places, all of Womack’s contributions are frank, honest and humble. His voice, utterly cracked and worn from years of performances and now-conquered substance abuse, is often compelling and often grating in a good way – a reminder of extremes.

When placed with Russell and Albarn’s productions, however, these do not always get the right level of support, a scatter-shot level of inconsistency throughout the record tending to rob songs of their enjoyability. Sometimes the beats and electronic elements are good, sometimes they are staid or trite. Production and creative choices vary from ideal to odd, such as the pairing of Womack with a heavily reverb-soaked, languid Lana Del Rey on ‘Dayglo Reflection’, which doesn’t sit too right. ‘Love Is Gonna Lift You Up’, as another example, is a standout track disappointingly underplayed; gospel disco coloured with a Sesame Street simplicity in its cheapy keyboard rhythm track, boogie synth chords and horn combination, it is an endearing song, but feels like it could have been much more of a centrepiece if blown up in both arrangement and duration, ending as it does at the beginning of a middle-8 breakdown. The majority of tracks have one or two of these disparate elements that nag to their detriment.

Luckily, The Bravest Man In The Universe contains ‘Please Forgive My Heart’, and this does indeed forgive many of its flaws. As the only track that feels like everything is in its correct place, it also happens to be a great song, possessing a refreshing naivety and a certain timeless quality. Lead by a simple chord sequence between piano, guitar, synth flute and Kode 9 Memories Of The Future-era synth accordion, shrouded in digital clicks and claps, Womack’s voice winds between them all, his pleading raspy and genuine.

While it is a commendable decision to place the now 68-year-old Bobby Womack in a new environment that includes contemporary electronic music styles, whether this is actually required for Womack is a different question. It is unfair to expect Womack to return with an album of tracks at the scale of, say, Across 110th Street, but it is confidence inspiring that ‘Please Forgive My Heart’ nails how a simple songs with a stripped down mixture of electronics and instruments could work successfully. It is a shame that the rest of The Bravest Man In The Universe does not fare as well, but at least there is definite evidence of something potent that can, and hopefully will continue to come together.