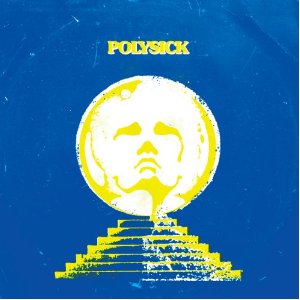 Polysick sounds to me like a neat shorthand for the term ‘polymorphous perversity’: Freudian jargon for the finding of sexual gratification outside reproductive norms, an all-body eroticism not confined to that embarrassing zone just below the belly button and above the upper thighs. After all, in an age where we’re plugged into the information mainframe at all times, it’s really only the eyeballs and the tips of our fingers that play a role in the pursuit of pleasure – as far as the Internet’s concerned, the rest of us is just meat.

Whether Rome-based producer Egisto Sopor was thinking this when he named his Planet Mu debut Digital Native is open for debate. You could just as easily (probably more easily if you don’t have a cultural studies degree) accuse him of bandwagoneering, pushing one of the biggest, reddest buttons in contemporary critical discourse in the knowledge that it’ll likely set some alarms off in somebody’s brain, somewhere. But this album is far from derivative. Where the prevailing musical depiction of the internet in recent years has been as a smooth, limitless, hyper-dimensional vista of arpeggiating synths (cf. Oneohtrix Point Never), Sopor’s vision is altogether more claustrophobic. And while nostalgia does play a part (‘Lost Holidays’ sounds like the fading heat of an endless childhood summer trapped on VHS), Polysick doesn’t seem so interested in the poeticised 3am melancholy that animates so much web-age music, that sensation of sociality disjointed and diffused via a broadband connection.

Instead, as many of the track titles suggest – ‘Gondwana’, ‘Smudge, Hawaii’, ‘Bermuda’ – here the internet becomes a kind of pan-global wilderness: a dense plastic jungle where the air is thick and humid and rich fruit hangs low on the trees. These tracks – strange, intoxicating, often seductively sweet but with an underlying sourness that proves endlessly fascinating – are like windows onto a verdant alien landscape. Mostly, I think, it’s in the synth tones: as in ‘Loading..’ (another ham-fisted internet reference that’s probably best ignored), where clusters of tones swoop and quiver lazily like exotic birds in the forest canopy; or ‘Bermuda’, whose gorgeous pentatonic daubs hang in the air like some rich, perfumed musk; or the warm gusts of dissonance in ‘Woods’, which seem to drip with equatorial humidity.

Even at their most familiar – the blissful Steve Reich-isms of ‘Taito’, say – Sopor’s choice of sounds is dry and relatively pellucid compared to many of his contemporaries. At points it can verge on the cartoonish: the opening to ‘Preda’ feels like a jungle knife fight soundtracked on a Casio keyboard, all cheesy timpani hits and the anxious trilling of midi flutes; ‘Gondwana’ centres around hazy blocks of digi-panpipes. Still, Sopor never fails to find the lushness in his source materials, somehow hacking through the dense undergrowth of the uncanny valley to emerge in some previously undiscovered clearing of unexpected beauty.

Digital Native is being billed as Sopor’s first “proper” LP, but he did release an album of sorts, Meteo, on Legowelt’s Strange Life records in 2010, and Danny Wolfers’ idiosyncratic strain of analogue house is clearly another reference point here. You’ll find it in the bass athletics and taut electro stylings of ‘Smudge, Hawaii’, or the 303 slow-burn of ‘Transpelagic’. But Sopor seems to do best when he’s furthest from the tension-and-release dynamics of dance music – when his percussion sits unobtrusively in the middle distance rather than dominating the foreground. As a result there’s nothing especially confrontational here, but that smoothness seems designed to disguise a more subtle, intriguing strangeness. At its most cleverly executed, Polysick’s sound world is easy on the ears but never quite easy listening – entrancingly, exotically beautiful, but with a barb in its tail.