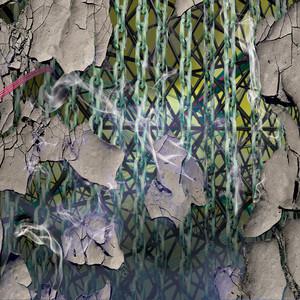 The first thing notable about Nguzunguzu’s new EP Warm Pulse comes before the listening, and that is the brevity of its tracks. All are between 3-and-a-half and just-under 5 minutes in length, suggesting, perhaps, that this is meant to be a ‘listening release’, with dancefloors as a secondary bonus – certainly in-keeping with host label Hippos In Tanks’ output. However, upon playing Warm Pulse turns out to be nothing less than a modern grime/r’n’b hybrid release, and the punchy durations of these taut numbers are entirely apt.

Through its frequent watery, cavernous spaces and half-time bounces, the entire EP is reminiscent of Jam City’s ‘Magic Drops’ and ‘Waterworx’ as well as various Kingdom releases. However, despite the similarities, the duo manage to channel something that is both part of a familiar ‘movement’, yet entirely idiosyncratic – like if Drexciya were into Beyonce.

Title track ‘Warm Pulse’ kicks off proceedings with unsettling breathy percussion and a warped, simple, Slackk-like vocal harmony duet. This, along with the synth counter harmonies that enter, are all filtered carefully to create an aquatic vibe around a Holy Other-esque rhythm track, peppered with ballroom claps. ‘Delirium’ follows appropriately, coming out cute with its quick, shuffling, snapping beat complimenting every step of its light chime melody. During its middle-8 this drops to simple stabs reminiscent of Southern hip-hop, and serves as a fleeting reminder of how much these tracks’ structures could be pulled around into different forms.

‘Drop Cage’ manages this again, showing the duo creating a track most affiliated with their ‘scene’. Chamber reverb highlights vogue sample sweeps and sci-fi pops, a classic FM synth melody circling mumbled vocal snippets and occasional jungle snares. That the track builds on this latter element into a full-blown, stripped down breakbeat without sounding cheap or anachronistic is much to the duo’s credit.

Preceding cut ‘Smoke Alarm’ is the EP highlight, however. Its title vividly captures the track’s eerie, dream-clouded sense of danger and helplessness; with apologies for the awful pun, but if caught in a blaze while blazed this would be your soundtrack. Piercing high frequency melodies between pipe-sines and super-squeezed, resonant synth brass slip over revolving, double-time hi-hats and half-time snares, everything punctuated by waves of liquid, delayed vocal ooh’s. It is an incredible track, conveying a sense of languid drama that, again, despite being at a totally different tempo, compares readily to Drexciya.

‘No Longer’ closes the EP in open-ended, menacing fashion. Its r’n’b vocal chops minor key honky-tonk piano step harmony are a little overbearing,  but the rhythms are brittle and furious, viciously slashing and whipping beneath them. Brilliantly chosen, these are five tightly related, compacted mongrels of contemporary club styles, yet rendered in a personal way that helps to separate them from simply being part of the relentless mix-and-match march of dance music culture. Nguzunguzu have always had something that stood them apart from imitators, but with Warm Pulse they are coming into their own as a reference in their own right.