Bloc 2012, and why speculative coverage of last night’s chaos leaves a bad taste

As you doubtless already know, last night Bloc Weekend – one of the most talked-about festivals in the UK – was shut down for crowd safety reasons. It’s an unpleasant situation for various parties – the festival organisers, the artists who couldn’t get on site due to overcrowding (including, it seems, headliner Snoop Dogg), ticketing […] 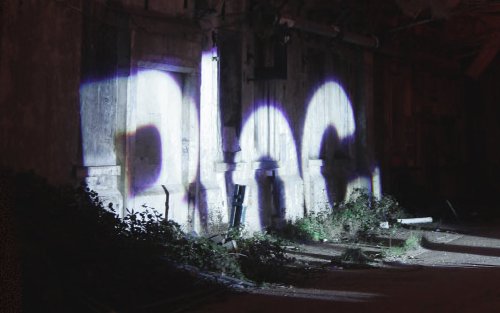 As you doubtless already know, last night Bloc Weekend – one of the most talked-about festivals in the UK – was shut down for crowd safety reasons.

It’s an unpleasant situation for various parties – the festival organisers, the artists who couldn’t get on site due to overcrowding (including, it seems, headliner Snoop Dogg), ticketing organisation Crowdsurge, whose reputation has been dealt a serious blow, and most of all, people who paid to attend the festival.

What’s been particularly unpleasant, however, is the way that publications and other festivals have moved to put the boot in. There’s a particularly British mentality at work here: the same mentality that moves people to sneer the minute an artist, or brand, or sportsperson they like becomes successful, and the same mentality that leads people to scream “you greedy bastards, you should’ve stayed in Minehead” on the festival’s Facebook page, when from what I understand, Bloc were forced to leave Minehead and find a new site for 2012. You get the impression that even if Bloc had gone ahead without issue, people still would have resented them expanding.

The Guardian are, as I type this, re-tweeting pearls of wisdom from punters such as “no bars in some tents, cans = £4.5 rip off”, as if those beer prices a) differentiate Bloc from any other festival, and b) relate to the overcrowding issues that got the festival shut down. Dummy‘s “full report”, posted at around 3am (they’ve since changed the title to say “full-as-possible”, and expanded the story slightly) simply consisted of some quotes from a non-Dummy writer and a photo from a PR, pulled from their respective Twitter feeds. Comparisons to the Hillsborough football disaster that took 96 lives seem particularly alarmist: again, from what I understand, the rumours of a fatality are untrue. Let’s hope that proves to be the case.

Now, this piece isn’t designed as a defence of Bloc. The fact that while last night’s chaos was unfolding, the festival’s official Twitter account was posting things like “big up metal face DOOM” and refusing to acknowledge the real issues at hand is particularly classless, and the official statement posted on the Bloc Facebook page doesn’t once actually apologise for what happened. Several friends and colleagues who attended the festival have reported that their tickets weren’t even checked: Bloc clearly have a lot of questions to answer. But last night’s speculative coverage of the festival, and rivals such as Lounge on the Farm jumping at the opportunity to gloat on Bloc’s Facebook page this morning [Update: they’ve since got in touch to apologise for this] also leaves a bad taste.

This isn’t mere music gossip (something FACT are as guilty as any other magazine as reporting on): it’s a situation where, at worst, someone has died, and at best, people were put in a position where their lives were at risk and others have lost their jobs. Let’s take a step back, let those eye witnesses from last night sober up, and at least let Bloc have their say.

For what we know so far about Bloc’s shutdown, read FACT’s news piece.