Bloc 2012 cancelled: what we know so far, refunds and alternative plans 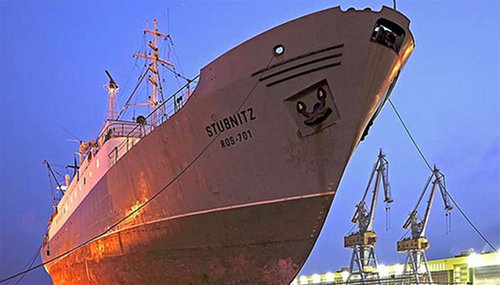 Last night, the first night of Bloc Weekend was shut down for crowd safety reasons. The festival’s second night has been cancelled.

The web, as you might expect, has been afire with speculation about what happened to cause the festival’s closure – as made clear here, some FACT writers don’t think this particularly helpful, though it’s understandable. This news post aims to collect what we do know about last night, for the purpose of those looking for information, refunds or alternative plans. Bar a couple of exceptions, we’ve deliberated tried to steer clear of quotes from last night, instead speaking to people this morning.

–       Bloc was shut down in the early hours of last night, though one stage, The Dome, was kept open after the rest of the festival had shut. FACT’s Joseph Morpurgo was at The Dome, and reports that although keeping it open (where Mosca played for around three hours, due to other acts understandably leaving or not arriving after hearing reports of the festival) did help stagger the rush of people leaving the festival, this appeared to be fluke rather than strategy.

–       The festival was shut down by organisers, rather than the police.

–       Queues were huge and according to many badly managed, most notably for the main gate and Stubnitz boat (The Quietus, however, refer to “security doing their best with a bad situation”). Various people FACT have spoken to at the festival reported people jumping barriers, adding to the problems. Numbers’ Jackmaster tweeted last night about the boat being too small, but other reports have since claimed that the situation inside the boat was manageable compared to the queue to get in. Rumours of someone jumping / falling off of the boat appear, at this point, to be simply rumours (as with deaths at the festival in general). FACT contributor Mr. Beatnick has posted a video of the queues to get into the festival.

–       Update: Matt Huntingford comments: “I left just before 10 after queuing for 2 1/2 hrs as I felt the ‘security’ had lost control of the crowd outside the main gates and it was getting dangerous. At this point there we no more than 10-15 staff to deal with what I’d guess was c. 3,000 people. I spoke to a couple of them to tell they needed to stop people coming onto the site pretty urgently as people were beginning to climb over barriers and a crush was developing, they acknowledged they had lost control and one of them asked me to go and tell the police and other staff outside what was going on as they had no idea what to do.”

–       Update: You can now hear audio of the Swamp81 and Numbers boat party being cut off during Boddika’s set, with MC Chunky reasoning with the crowd.

–       Headliner Snoop Dogg did not perform. Dazed’s Rod Stanley tweeted this morning to say that “according to security I spoke to at the main stage, Snoop didn’t play cos crowds rushed the barriers to get in” – FACT’s Joseph Morpurgo understands this to be the case also. An artist performing at Bloc, however, wrote last night [via his personal Facebook account] that: “Snoop pulled out because they couldn’t get him on site … I was at the production office at the time. Never before have I seen a team so utterly dejected. Apparently there was a queue of artists’ cars outside that they couldn’t get in.”

–       Update: The Phonograph comments: “We heard Snoop do a 1-2,1-2 sound check a few minutes before he was scheduled to come on. He was definitely on site.” They’ve posted an in-depth report here, while this post on Bloc and Heaton Park also makes for interesting reading.

–       Also universally agreed: ticketing was inadequate. Various people FACT have spoken to reported on their tickets not being checked, while Becky W on Twitter claims that at last one gate had run out of wristbands. Alarmingly, one commentator on The Guardian claims that a glitch in Bloc’s system allowed his son to print as many e-tickets as he liked (whether they would have worked is another issue, but when they’re barely / not checked then it doesn’t matter). FACT only had eight passes designated, but were yesterday sent at least 12 individually numbered e-tickets (we didn’t use the spares). Another FACT reader on Twitter this morning speculates that fake tickets may have broken scanners.

–       Update: The Met Police have claimed that over-ticketing was not the issue.

–       Update: Ed comments: “Some of our friends who arrived later were turned away and were told that only express ticket holders would be let in for the rest of the night and they should go home and get a refund. One of our party who had an express ticket was given a normal wristband because they’d run out of express wristbands.

“We left the RA tent after shackleton to find a massive barrier in place dividing the grounds into two (one half with the 3 main stages, and the other with the dome, waltzers, and bars). The barrier had a of of angry people on the other side trying to get to the main stages, a security guard categorically told me that if i wanted to cross the barrier to get to the bars I wouldn’t be allowed back to the stages area. I think at this point they knew the festival was going to be shut down and were simply awaiting the police. This was shortly after 11pm.

“The stage was left empty for ages and people got angry and a few started throwing bottles, others were shouting ‘shame on you Bloc.’ All the staff on the stage had gone by this point, leaving just a CD or something playing.”

–       Bloc’s official statement from last night claims that “full information on refunds” is forthcoming. They are yet to make a comprehensive statement.

–       Due to the number of artists now not performing at Bloc’s second night, alternative events are being arranged, with Plex and Perc Trax looking for a venue for their Bloc showcase and Jacques Greene also looking for a venue to play at. Helpfully, this editable Google Map has started to collect alternative events, while Time Out are also running through some of their picks.

–       Update: Jacques Greene will be playing in Peckham tonight with Ango, Actress, Martyn, Fort Romeau and more – Bloc ticket holders get in for free. Odd Rituals and Huntleys & Palmers’ Sunday party is also cheap for Bloc ticket holders. Flying Lotus and Oneohtrix Point Never will be DJing at XOYO, with more acts to be confirmed. There will be also be a Night Slugs non-Bloc Ustream at some point today, with Bok Bok, Jam City, L-Vis 1990 and Ikonika, while Swamp81 and Numbers have promised a joint London party soon with free entry for Bloc ticket holders. Tempo Clash host Slugabed, Blue Daisy and more in North London, while ATG are throwing a party in Shepherd’s Bush. Plex and Perc Trax, it seems, will announce venue details around 8.30pm. Hyperdub will be helping take over the Rhythm Factory, with sets from Cooly G, Flying Lotus, Kode9 and more. That map is looking busy.

It goes without saying that if you were at Bloc last night, we’d like you to add to this, and hopefully clarify some of what led to the festival being shut down. We’re also keen to hear about alternative events being organised tonight.