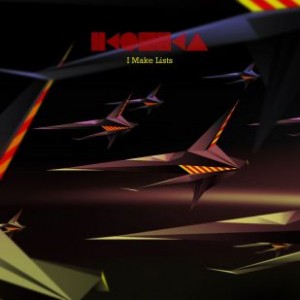 Wonky wasn’t a genre (depending on who you ask, it also wasn’t called wonky, but that’s an argument for another time). It was more a convergence: scenes and styles separated by tempo, population, geography, stumbling on similar strategies at the same time – and eventually (after somebody pointed out the parallels) feeding off each other to further a sound that thrived on difference as much as unity. Unsurprisingly then, since its 2008-09 heyday, the constituent parts of the movement have drifted apart: LA’s Brainfeeder crew continue to seek new sonic pastures but have struggled to match the freshness and impact of Flying Lotus’ early albums, while some members of Bristol’s Purple trio seem intent on reliving past glories rather than creating new ones. In fact, it’s only really the Glasgow lot that have kept up the momentum, with Rustie’s Glass Swords LP topping critics’ charts last year and Hudson Mohawke currently turning heads with his Lunice collaboration, TNGHT.

That summary omits one important piece of the puzzle, though: namely the London-centric sound which coalesced around Kode9’s Hyperdub label. In many ways Ikonika was the figurehead of this micro-scene, foremost among a cluster of producers who treated dubstep and the first flush of UK funky as their the source material, leavening it with heart-on-sleeve melodies and an auteurish approach to dancefloor functionality. But since 2010, and the excellent Contact, Love, Want, Have, we’ve heard virtually nothing from Sara Abdel-Hamid. It’s not really clear why (the logic of the hype cycle is ruthless but mostly unfathomable), but it is tempting to map Ikonika’s abrupt retreat from the limelight onto the broader movement’s entropic decline. As such, her return in 2012 with the I Make Lists EP is an intriguing prospect: will this be a rehashing of familiar ideas – the output of an artist fossilised by their own past successes, dusting off the old synth patches for one last outing – or some shocking transformation, the first hints of an idea that will sound as fresh now as ‘Please’ did in 2008?

Put simply, it’s somewhere in the middle. I Make Lists is a weighty statement, clocking in at just over 30 minutes in length, but seems intent on fleshing out a single, tightly defined sound. The binding agent – and, to be honest, you probably could have guessed this – is melody. Whether over the woody tom hits and crisp, chirruping atmospherics of the title track, or the punchy Chicago-style grid of ‘With Your Mouth’, the lead lines remain relatively unchanged: about as bold, colourful and stylishly inflected as you’d expect, but sharper than those of Ikonika-past, standing out starkly in the mix and slathered with reverb and delay until they attain an oddly Guetta-like consistency. In this context, though, the effect is mildly anxiety-inducing rather than crassly euphoric; the gulf between melody and backing yawns vertiginously, defying physics in a way that’s threatening but also, undeniably, seductive.

Perhaps reflecting the concerns of the wider scene, the arrangements here generally draw on the more-distant past – often it’s not dubstep or funky that comes to mind, so much as acid house or techno of the Inner City variety. Those melodies fare better in some contexts than in others – ‘Cold Soaking’ is an intoxicating mix of the horror show dark and the guilelessly anthemic; the more introspective ‘Take Pictures’ struggles to lift itself beyond a pedestrian electro trudge. Gratifyingly, Ikonika’s fingerprints are everywhere: beat patterns that turn on a sixpence; cyclical, multi-tiered structures rather than simplistic on-off dynamics. But, taken as a whole, this sound is considerably less compelling than that of the Ikonika of old. Perhaps it’s that, divorced from the global, transversal resonances that once made ‘wonky’ such an exciting prospect, committed use of its tropes will always will tend to sound tired; backwards-leaning. But that’s a defeatist angle: there’s undoubtedly still an exploratory core to Ikonika and her music. I Make Lists just isn’t the best advert for it.