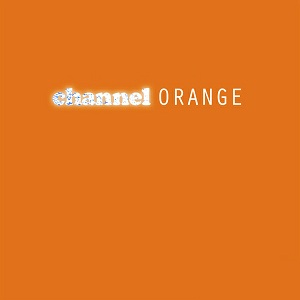 So he likes a little Richard with his Judy. Big woop. In the “shit that really matters” periodic table it’s down there with “Did Han Solo or that green thing shoot first?” or, y’know, Nick Clegg. Yes, Ocean’s sexuality is relevant in the listening of Channel Orange. For one, it’s outright overt throughout (Ocean had to be anticipating the reaction he received last week). Secondly, it’s also enhancing. There’s no doubt that on ‘Bad Religion’, r’n’b’s eternal tussle between pleasures of the flesh and godliness is made additionally poignant by the fact that it’s homosexual love in question. Imploring his taxi driver / priest to drive faster, so to “outrun the demons”, over church organ Ocean sings “I have three lives balanced on my head like steak knives” We’re talking about higher stakes and deeper secrets here, the total fear of societal rejection and being forever lonely in your profane lust. Then there’s the intriguing new suggestion of double meaning in ‘Thinking About You”s “It was my first time, a new feel” or sweetly strummed closer ‘Forest Gump’ which proves that even in 2012 music has the power to jar folk from their apathy. A male popstar singing “You’re so buff and strong” about the boy he once loved is downright subversive, end of story. And how often can you say that about even the nastiest Swedish death-rock? Arguably it’s mainstream r’n’b’s most iconoclastic gesture in decades, wiping the floor with a dozen Odd Future albums brimming with fantasy rape and, uh, homophobia.

In the end, though, inevitably the social angle comes second. It really is all about the music, man. The real story here is the baton of mainstream r’n’b being passed to the guy who wrote so lyrically, sensitively and skilfully in that now seminal Tumblr post. It’s obvious that the person who penned “human beings spinning in blackness, all wanting to be seen, touched, heard, paid attention to” isn’t your average r’n’b male, but after Channel Orange goes number one, the dam could burst. A largely beatific album, it propagates love over high living, but also shipped is the urban locale, the one-dimensional serenading and the cartoonish sexuality that informs a significant percentage of mainstream r’n’b, substituted for the same precocious wisdom, emotional intelligence, writerly nuance and reasoned portrayal of lust displayed on the Tumblr post.

Especially on ‘Pilot Jones’ and ‘Lost’, incidentally both Channel Orange‘s best and most pop tracks. Unforced and wispy, the production on the former provides the perfect backdrop for Ocean’s ambivalent and coyly confided depiction of emotional dependency between addicts, where friendship and sexual love becomes confused in the support-and-succumb cycle. Like the shaded ‘Thinking of You’, with its muted modulations and poised use of keys, it’s r’n’b with the volume turned town. While contemporary chart r’n’b can be emotionally complex, nonetheless the inner turmoil is painted in primary colours and big lettering: testified, in the gospel tradition. Here the turmoil is faint and protean, hidden away and only whispered. ‘Pilot Jones’ is a largely subtextual thing: “Pilot Jones”, y’know – they escape their jones-ing pains, they fly by getting high, escape in the clouds as co-pilots. But all this is implied, and deftly so. It is, for want of a better word, indie. Frank goes both ways, y’see. Not that he can’t raise the roof like the trad boys. Like Keith Sweat on the crucifix of carnal torment, on ‘Pink Matter’ (theoretically a denunciation of lady parts) he sing-howls the word “pleasure”in such a fashion that you fucking well remember it.

‘Lost’, meanwhile, is different again. Extravert and open, with its bouncy drums and chiming guitar hook it uses indie as a way to drain r’n’b of its lip-biting heaviness, so as to escape it. The feeling of liberation is palpable. Maybe after his experience Ocean has already had enough of those dark nights of the soul. It’s also one of the many tracks on Channel Orange displaying heartfelt empathy for the plight of a troubled woman.

Less revolutionary / revelatory is the ’70s soul-funk and jazzy lounge-beat packing the album, rendering the overall effect ever so slightly old fashioned. Providing the basis for Channel Orange‘s least interesting, most inane cuts, it’s the type of Neptunes-informed stuff the Odd Future set seem to love, influenced by close affiliates The Jet Age Of Tomorrow whose Matt Martians produced The Internet’s debut. On ‘Crack Rock’ Ocean is mistaken in thinking that righteous politicking requires Marvin Gaye-era sounds, and even if ‘Sierra Leone’ is given a modern edge – distorted by a melting Anticon-esque treatment – the slow jam, live band retro-ism still hits you as beige. Ballad ‘Thinking About You’, for example, uses synths, almost exclusively, yet seems far more the classic gem. The ’70s-inspired stuff is also when Ocean’s lyrics are at their least thoughtful and most rash; it seems counter intuitive. An unnecessary stab at timeless, legends credibility, ‘Sweet Life’ is a big, dumb Stevie Wonder cribber with Ocean singing vintage slogans and generic lines about appreciating the simple things in life. Universal and altruistic aren’t his natural modes. ‘Monks’, meanwhile, offers a half-hearted playa vignette, set to funk-rock dullardry. You imagine it was added in place of the meditative ‘Voodoo’, presumably to keep the energy levels up.

Yet the lesser tracks become a mickey mouse grievance each time the mighty ‘Pyramids’ rears into view. Technically you’d have to classify it as prog r’n’b, a cinematic series of paradoxical scenarios cutting between trancey disco, synth-noir and elegiac stadium rock. Truly it’s a futuristic feat of glamourous eccentricity and pea-cocking arrangements. Not to mention that, by the end, you find yourself relating to a Pharaohs-era working girl. That’s Frank Ocean, though. Full of surprises.