The xx and Jamie xx have recorded three mixes for FACT now: download them all here 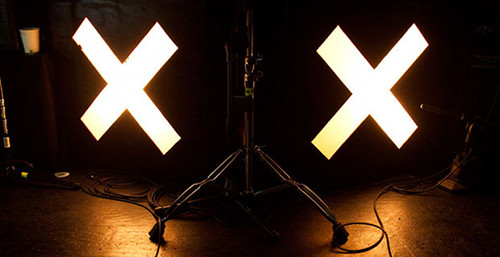 The xx, it seems impossible to argue at this point, are one of the most distinctive bands that Britain has produced in recent years.

Yesterday, the black-loving three-piece revealed ‘Angels’, the first song from their new album Coexist. Young Turks will release Coexist in September – to whet your appetite even further, we’ve re-uploaded all three (three!) previous FACT mixes that the xx have been involved in. They’ve always been available online to stream over on Mixcloud, but here they are, downloadable once again.

Recorded before the band’s debut album, and – we’re guessing – the first xx mix available online? Features unheard Jamie xx productions, including an edit of the group’s amazing pre-album track ‘Blood Red Moon’, plus John Foxx, Zomby, Sticky & Ms Dynamite and CocoRosie. Oh, and if you’ve never seen what the FACT mix covers used to look like, there you are.

Recorded live at FACT’s joint party with Young Turks at XOYO (which also featured Hyetal’s live debut, DJ Rashad, Cherrystones & Bullion and more), a two-hour headline back-to-back between two of South London’s finest. Yes, the mixing’s a little loose at times, but that has a tendency to happen in a sweaty, packed club at 1am. No tracklist, but there’s cuts from James Blake (the still-unreleased ‘Libra’), Shed, Boddika and a lot of grime. Shout to Boiler Room, who streamed the night and whose recording we used.

The most dusky of all the xx-related FACT mixes, we released this session on the week of Jamie xx’s audio-visual gig in London with Quayola, Structures. Again, no tracklist provided, but the spotters in the original post‘s comments section have done a good job in collecting one.