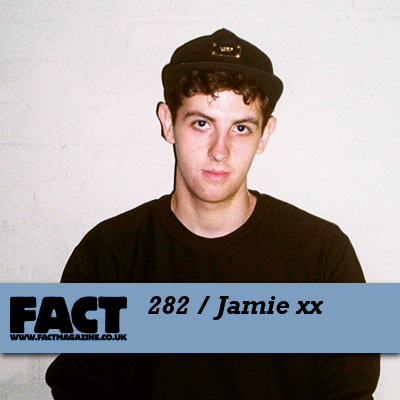 This Monday’s FACT mix takes the form of a haunting, late night garage session from a certain Jamie Smith.

You’re presumably already familiar with Smith by now: percussionist and producer in Mercury Prize-winning three-piece the xx and a solo producer in his own right, this year remixing Gil Scott-Heron’s I’m New Here over the course of a full album and releasing one of 2011’s most debated singles in ‘Far Nearer’, released on Numbers. He also remixed Adele’s ‘Rolling in the Deep’ to arresting effect.

This, technically, isn’t the first time he’s contributed a FACT mix: in 2009, the xx as a group were behind one of our all-time most popular sessions, and FACT mix 239 was a Boiler Room-assisted recording of Jamie and Oneman’s back-to-back set from our joint party at XOYO with Young Turks. But this mix marks his first solo appearance in our series.

On Thursday, September 22, Jamie xx will team up with veteran visual artist Quayola to perform Structures, a collaborative audio-visual show at Shoreditch Car Club, using Quayola’s custom-built Partitura to bring Jamie’s music – including material from a new solo EP, apparently – to life. The show was originally scheduled for last month, but had to be postponed due to the London riots; to win tickets, visit our competition, and to watch a 90-second teaser video of what’s in store, head over to Rizlab, who have organised the show.