LHF: Keepers of the Light 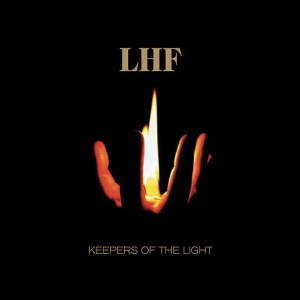 At a combined headcount of eight, spread across four different musical aliases, it would seem that volume is a driving factor for LHF. Comprised of Amen Ra, Double Helix, Low Density Matter and No Fixed Abode, the scale of the collective is matched perhaps by the sheer breadth of sound offered up on their debut LP Keepers of the Light, a monolithic two and a half hours of pick’n’mix globalist percussion and dubstep-leaning rhythms. LHF have always attracted a certain sort of quiet excitement; a speculative fascination with their anonymity and enigma, and following on from the groups atmospheric trio of EP’s (2010’s Enter In Silence, 2011’s The Line Path and this years’ Cities of Technology), now offer up their most extensive, immersive work to date.

As one would expect from any of Martin Clark’s Keysound alumni, Keepers of the Light revels in a London both romanticised and dystopian; inimitably English, pan-global in it’s influence and endless in the finite detail of its mystery. All corners of the group contribute in distinctly different ways, from percussive bursts of West Indian life on No Fixed Abode’s ‘Indian Street Slang’, to the warped grime horns that cut through Double Helix’s pitch-black ‘Chamber of Light’, and the LP moves between cultural cornerstones, employing the lively and the languishing without missing a beat. The timbres on display are gloriously varied, from Amen Ra’s fractal, dazzling synths (as on ‘Candy Rain’, ‘Simple Things), to the back-alley Headhunter-style skulk of Double Helix (‘No Worries’, ‘Bass 2 Dark’) and on to the sublime eastern strings of No Fixed Abode’s stand-out ‘Sunset (Mumbai Slum Edition)’. Sometimes the lengthy run-times are too symptomatic of dubstep culture and boil down to 5 minute bursts of the same – admittedly enervating – loops, perfect material for a lengthy live set but difficult to digest when you’re 16-odd tracks in already, but the romanticism in every bar is infectious enough to carry it off.

It’s not just the strength of the music that makes Keepers… such a fascinating listen – there’s also some inspired sampling. ‘Questions’ by Low Density Matter, aside from sporting some rampant broken snare beats, also boasts an appropriately reality-baiting sample from the Quantum Physics documentary What The Bleep Do We Know. There’s further dramatic existentialism as Matrix samples abound on ‘Supreme Architecture’, an established highlight from the group’s Cities of Technology, More than anything, it’s these moments, these artfully-selected samples that allow LHF to perpetrate their mysterious image and make Keepers of the Light such an engaging, fleshed-out, cinematic listen.  It’s not just cinema that gives the LP this heft though, there’s a joyous plundering of the dancefloors to boot. Part-way through Double Helix and Low Density Matter’s skulking ‘Rush’, a crackly David Rodigan sample tears through vapourous synths like a burst of long-lost pirate radio – “Tonight you are going to hear music you’ve never heard before”. It’s a fiery line, and an appropriate one, as the collective meld the recognisable with the new and reconcile the sound of raves past with their own dramatic take on the capital city’s sounds.

For new initiates, this will no doubt be a fairly lengthy induction, but LHF are the sort of act that deserve every indulgent second of a project with this magnitude. It’s not always the easiest mixture to swallow, but every one of the LP’s disparate elements are stitched together by a coded group identity, an ethic, an atmosphere – whatever. Whether the group are revelling in hazy colour or unearthing dank underworlds, there’s an unshakable sense of continuity, that this is a shared vision. It’s a celebratory traipse through all London has ever offered; the digital backstreets and analogue alleyways that have unfurled through all corners of the capital, as caught bursting from the antennae of some lost pirate radio station. As instantly recognisable samples from dance music history surface in alien environments – Loleatta Holiday’s pervasive cry of “You got me burnin’ up” on Double Helix’s ‘Inferno’, for example – there’s a sense that LHF are not just drawing from the mythology of underground music – the pirate radio stations, the selectas, the burned-out raves – but have established their own place amongst it.