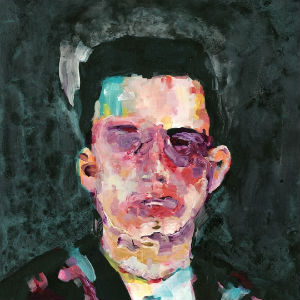 If you could trace the creative trajectory of Matthew Dear’s career in a single neat line, it would look something like a reverse chronology of dance music: starting with the pulsating sheen of early 2000s Detroit-inspired techno, gradually giving ground to the voice, to personality and to a grinning pop sensibility, hurtling towards dance music’s year zero on some ’70s New York dancefloor.

Of course, in reality, nothing’s ever that tidy. Yet still here we are, at Beams: you could call it synth pop but really it’s a modern disco album, from the ceaseless, brain-boring/mind-releasing one-chord structures down to the grinding, slow-mo grooves. Dear may have been on this tip for a while, but this album is the point where the contemporary dancefloor feels most distant, where synths feel like instruments rather than carrier waves for the mechanised groove, sitting comfortably alongside snatches of live guitar, bass and drums, and where the whole thing is a platform for a pop narrative of sorts – however beholden to the erotic slowburn of repetition it may be.

Initially, it’s a seductive mix. Opener ‘Her Fantasy’ is one of the most satisfying things here, a dizzying cascade of regimented jouissance on the Moroder template. ‘Fighting Is Futile’ is built around a fantastically itchy neo-disco loop, while ‘Earthforms’ experiments with a loose-limbed electro bounce. ‘Up & Out’ is reminiscent of early ’80s Talking Heads, all twangy guitar and lazy four-four; ‘Get The Rhyme Right’ is similarly lean and funky, practically just guitar, drums and vocal until the closing seconds.

That vocal. Dear has got his strange multi-tracked mulch of oaky baritone and taut falsetto down to a tee by this point, veering between stiff, faux-robotic monotone, husky bedroom confessional and strangled, half-embarrassed Prince-isms. At its best, in the fine disco tradition, it’s campy theatre, as in the clownish ‘Overtime’. Too often, though – see the pedestrian delivery in ‘Ahead Of Myself’, or the self-consciously brooding ‘Shake Me’ – there’s just a whiff of karaoke about it all, as if Dear is unable to summon the expressive force to fill the shoes he created for himself.

Still, Dear’s vocal is probably just one of those marmite things that needs to be left to its own devices. A more fundamental criticism, perhaps: if you’re going to leave the dancefloor (further) behind, you need to plug the gap with some killer songwriting – and that’s almost entirely lacking here. As the minutes and the songs fade away, it’s difficult not to become fatigued by largely forgettable hooks, mealy-mouthed vocal refrains and instrumental licks that give off a slightly half-arsed vibe – meaning that Beams will slip by pleasantly enough, but probably fail to sink its fabulously manicured nails into your subconscious. What’s more, if we’re talking about contemporary synth pop, there are plenty of artists being far more adventurous with the form. Even someone like Grimes, for all her only-half-fulfilled promise, is stretching the template in far weirder directions. Dear, it seems, is only willing to venture a throbbing synth outro here, a downcast guitar interlude there, rather than risk tinkering with the more fundamental tenets of the form.

Which leaves one to ponder: what exactly is the function of Matthew Dear? At the moment, it feels like he’s clinging tenaciously to the edge of disco’s seamy grandeur: held there by a certain stiffness, seriousness even. Perhaps he needs to loosen those fingers a bit and drop right into the dark, sensual sump.