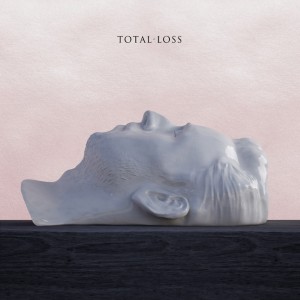 In the past, Tom ‘How to Dress Well’ Krell’s music would either take the form of a hymn for angels or a kind of séance–like meditation – hymns to ever more malign spirits residing in the troubled artists’s head. Either way, the producer’s devotional and ghostly brand of r’n’b has always kept good company with the dead. Lavish songs would swoon and writhe as if death came in a luxurious wave of pleasure, drowning the Chicagoan. Literally so in the case of 2010’s Love Remains, Krell’s influential debut which transformed chillwave’s summer shimmer into a foam of para-kinetic disturbance, within which his diaphanous falsetto swam disoriented.

In the year following the release of Love Remains, tragically the artist graduated from fantasist to veteran when, in quick succession, he lost a close friend and his beloved uncle. Predictably, Total Loss is his attempt to deal with the bereavement on his own terms. However, the way he goes about it will come as a pleasant surprise, not least to longtime opponents of the new, boundary-pushing tract of r’n’b that the Chicagoan has helped to popularise.

In a ballsy move which you envisage could bring about a sea-change in indie r’n’b (such has been Krell’s influence on Active Child and other high profile practitioners in the past), instead of retreating, in his grief, further into chillwave’s aether, on Total Loss Krell has undertaken what he calls an “opening-up” process, peeling back the layers of miasma in order to really connect with the audience, or “share”, as he puts it. Love Remains sported studio-splintered compositions and fuzzed out textures, designed to mirror the act of “losing yourself in the noise, becoming trapped in melancholia”; in contrast, Total Loss is all about escaping the murk, cutting through the debris of bereavement. Most of all, it’s about putting the dead to rest.

Consequently what we’re treated to here is more coherent songs, while the onus has shifted from studio editing and loops to organic arrangements, another clarity-lending move. Coupled with the outing of Krell’s surprisingly graceful voice, brought out from under the cover of reverb, the result is a new directness and something like the sound of bald courage; ultimately, a precarious hope. There’s a sense that in Krell’s estimations the reality-manipulating production that characterized Love Remains, especially the extensive use of voice processing, now seems somehow dishonest, and by extension another obstacle to his rehabilitation.

At this point you might be bracing yourself for another James Blake situation. Don’t, because with tricks and beat-making to spare, Total Loss is anything but a set of troubadour ditties disguised as urban electronica. Technically, though, this is still indie-r’n’b. There’s Arvo Part-style strings and Reich-ian piano pieces, while the background FX remain amniotic and the tone uniformly doleful (though never self pitying). But aided by increased production values and xx producer Rodaidh McDonald, Total Loss transcends indie r’n’b’s lo-fi aesthetic to pose as a worthy and possibly more nourishing contender to high street r’n’b. And with a reduction in the chillwave haze that in the past concealed a multitude of songwriting shortcomings, with a sharper focus comes attention to detail and a finer sensibility, Krell navigating a host of r’n’b sub-genres like a seasoned pro.

There’s the taut Babyface pop of ‘& It Was You’ – all skittish toms, sexual ache, handclaps and rimshots. While, continuing in the ’90s vein, ‘Running Back’ plies doughy neo-soul à la Velvet Rope-period Janet Jackson, made close-aired and intense by dub bass. Elsewhere, ‘Struggle’ renders trap rap production almost translucent, and ‘Cold Nites’ revives r’n’b’s harpsichord fetish but adds strafing-laser klaxons and Burial bass, as well as a Bjork-ian traintracks beat. As on Love Remains, r’n’b’s sacred/profane dichotomy is pushed asunder into extreme contrast, with the bass coffin-deep and the high-end impossibly angelic. Indeed, good bass craft is another string Krell has added to his bow here. Along with crisp-sounding drums, the cleaner production allows for preciseness at the low end. Beautifully timed, on ‘When I Was In Trouble’ a gargantuan subber devastates the relative silence of a vast hall, where, in Maxwell-tones, Krell implores his mother, still ailing from the death of her brother, to fight the darkness. Total Loss also mourns the living dead.

In truth, though, the album is at its most affecting when the production is orchestral, contrasting with Krell’s girly gospel vox in divine ways. The aforementioned Steve Reich-ian track ‘Say My Name, Say Whatever’ nicks the composer’s trick of keeping the listener suspended, up in some heavenly current. A looped piano emerges from the voice sample of a boy called Rat, a kind of fallen angel who appeared in Martin Bell’s seminal ’80s documentary on Seattle’s homeless, Streetwise. “The only bad part about flying“, the kid muses, “is having to come back down to the fucking world.” Elsewhere, instrumental ‘World I Need You, Won’t Be Without You’ offers a stately and melodic chamber piece, followed shortly by the climactic track nine and How To Dress Well’s play for greatness. ‘Talking To You’ is an escalating cascade of cello and aquatic FX, driven by a duo of acrobatic MJ-like vocals which tarry balletically until finally locking together over keening violas. You simply won’t hear a finer evocation of overcoming mental illness.

Total Loss is a largely dud-free album, aside perhaps from the sub-Clams Casino ‘Set It Right’ and closer ‘Ocean Floor For Everything’, by which point Krell is repeating himself. But otherwise it’s a massive point for alternative r’n’b at a time when much of the soul and swing of its commercial cousin is disappearing under Guetta’s iron rule.

Tags: How To Dress WellWeird World