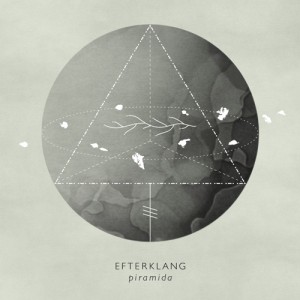 Piramida is an abandoned mining town located deep within the Arctic Circle. It’s the setting for Efterklang’s fourth and finest album, an acutely musicianly affair employing lorry loads of classical instruments, brass, synths and what appears to be a choir of thousands broadcasting from the deep end of a fjord.

It’d be a shame to disregard Piramida as another windswept Scandi meditation on local geography. It’s far more interesting than that. These are only the details of the album. Beneath it all – the fanfare, the percussion, the voice – is the echo of proud industry, of life, the sound of silence where once there was community, and the stories that decades ago filled the streets and taverns of the titular Russian colony. The town’s final story, perhaps, concerns a group of taciturn Danes and the rotary of orchestral instrumentation they used to spread living colour, a nowness, through cold ruins and their personal depressions, only to fail. Because for all its pop-y animation and fertility, on the peripheries of Piramida is always an uncanny sense of implacable nature, a human smallness against the indifferent dead whiteness that leads from Piramida in every direction – too much to colour. This is a beautiful album, a post-rock-informed set of adult-pop tunes that encompass all of the ashen infiniteness and secular spiritualism of Sigor Ros, and also everything that is remiss in the facile, characterless music of Q‘s favourite montage monkeys. A far cry from misty ambient, there is texture here, and narrative, dynamics and also a foot in reality – serving to render all that searching, ice plateau-set sadness all the more poignant. By the end, Piramida becomes a myth. It disappears beneath the waves of snow, never to return.

Whereas 2009’s Missing Chairs carried a prissy frivolity in its floridness, Piramida is a noble, self-possessed creation; a masterclass in considered arrangement. ‘Told To Be Fine’ forms a gorgeous medley; a procession of dancing wood percussion and exquisitely timed piano trill, while ‘Monument’ employs whale-like sounds and looping piano, escalating tenderly with backing vocals and a sequencer effect that recalls early Spielberg sci-fi. It’s magical. ‘Sedna’, meanwhile, leads with a tremulous flutter of choir, timpani and fx flotsam, before settling into a rhythm of blanketing Vangelis-esque synths and the type of effete slow-burner Talk Talk did so well. Although, as is the case throughout, the crystalline FX at the high-end channel unease as much as ethereality, often breaking the flow of the song for an aural moment of doubt. When the band swap contemplative for poppy, on snappy drum-led tracks, the music loses nothing of its profundity. ‘Apples’, for example, is a cute and choppy number, made up of skittish rhythms, a punchy piano hook and eruptive brass. But by dint of the Dane’s sheer panoramic scope, it remains utterly exalting.

‘Dreams Today’ plays like a quiet resolution of sorts, bedded by one of the field recordings from Piramida, the unmistakable sound of someone running on a jetty, then gravel; a jogger. It works as the sound of renewed optimism, synced to a insistent piano, then a pattering xylophone, then the far off rumble of drums, then epic lunges of choir. It charts their preparation to finally leave Piramida, for good, the end of the journey. And suffice to say, you were there, every step of the way.