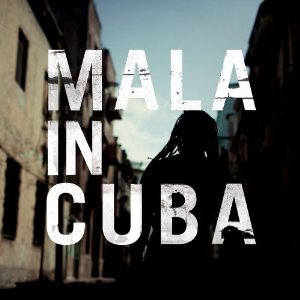 When rumours began circulating of Mark Lawrence’s time on Castro’s hermit kingdom, you couldn’t help but romanticise. Was this to be a story album, a travelogue – The Bass Diaries, if you will? Or, maybe, were we looking at a new chapter in pop lore, like Bowie in Berlin, or Paul Simon in South Africa? And what impact might the energies of inner city Cuba have on the producer’s sound? Would it assimilate as the pulse of crackling Latino nightlife, electrifying a South London-born pressure? And what happened out there for Mala to decide his experiences would form the basis of his first ever full length album – if we’re to count 2010’s six-track Return II Space, released under the Digital Mystikz banner, as an EP? Had his trip become a journey of self discovery – setting in motion the rebel-heart politicisation of dubstep’s most roots-centric producer? And what would Mala in Cuba mean for the genre’s future?

An obvious affront to ‘EDM’-era dubstep, on paper the album can be read as a clarion call for back-to-basics ‘authenticity’ and ‘tastefulness’: a world-music record with ‘real musicians’, a trad-y dub-reggae base and handcrafted textures, which benefactor Gilles Peterson, a driving force behind the record, claims will “reevaluate and realign the dubstep movement within soundsystem culture.” In an age when the internet is making regional scenes an impossibility, Peterson stationed the trailblazer in a music mecca largely untouched by that nasty bandwidth corruption. How’s that for grassroots ‘realness’?

Well, the reality is slightly more mundane. Strictly speaking this is not a collaboration between Mala and Cuban musicians (namely Roberto Fonseca and band). Neither is it Lawrence’s interpretation of the country. Instead, he’s taken native Cuban’s interpretation of their own country and reinterpreted it. Which is different, and just as easily accomplished from a laptop in Croyden. There were two short trips to Havana, it’s reported – one to stumble across Fonseca and record with him and another to produce the songs. But only in the loosest sense of the term did Mala and Fonseca work together. By his own admission, the producer’s only request was that the band play at 140 bpm. Otherwise, he gave the Cuban musicians free reign. After which, with the help of his friend Simbad, Mala came up with what is essentially a remix album, and one where the two parties remain just that little bit too autonomous from each other.

‘Curfew’ is essentially (excellent) 2005-vintage dubstep with a cuban piano sample, rendered incongruously sci-fi icy. Likewise, ‘Ghost’ resembles a synthy off-cut from Kuedo’s Bladerunner-inspired Severant, with bongos. It’s about as Cuban as a dystopian Leningrad. Meanwhile, in the pounding ‘Cuba Electronic’ the galloping sub-bass shares only a tenuous bond with the Cuban percussion, rendering Fonseca & Co mere window dressing and an element that contributes very little to the overall taste of the track. Then with ‘The Tourist’ comes the other side of the story here. It’s basically the Cubans at work, only with a synthetic feel and some post-production flourishes.

Frequently the Cuban rhythms necessitate a steer away from dubstep’s gait and towards off-kilter four-to-the floor, as on ‘Club Electronica’. Similarly linear in rhythm is ‘Tribal’, which takes its cues from cowbell and bongo, while Mala resorts to his beloved digi-dub bag’o’tricks, decaying a piano sample into the far yonder. One of the album’s few half-step tracks, the same echo technique is used again on ‘Revolution’, only this time with a mute trumpet. However, the effect is more LA noir than it is evocative of downtown Havana. The same goes for ‘The Tunnel’ which, with its gentle wub, couldn’t be any less Cuban if it were a Presbyterian choirmaster from Connecticut. Moreover, the piano sample meets the rhythm in such a way that it strips the piano of its Cuban-ness – its accents and contrapuntal swing. In the end the piano’s style might have originated from any indigenous music scene in the world. That said, the problem here isn’t really down to a lack of verisimilitude, or indeed, on the other hand, plasticity. Rather, it simply doesn’t feel like Mala was ever there – ‘in Cuba’.

All things considered, this is a handsome, stately album. A case can be made for ‘Noche Suenos’ as the most princely thing to have ever come out of dubstep, while both it and ‘Como Como’ are when the album’s finally become transportative, owing to the addition of a female Cuban vocalist. You can almost smell the cigar smoke. But the thing is, if the working methods have rendered the exercise somewhat futile, it’s arguable that the album’s Cuban premise has also acted as a limiting factor. Might the end product have been more interesting, progressive, maybe even genre-redefining, had Mala devised his first full-length album without a predetermining goal, letting his imagination run into the abstract?