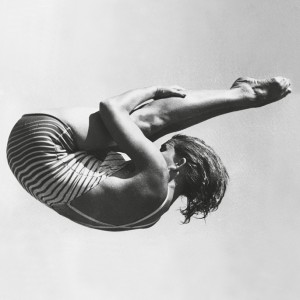 There possibly won’t be another album this year quite so oddly divisive as Andy Stott’s latest on Modern Love – although it should be said from the outset that divisive is not necessarily a bad thing. After setting a well-respected precedent with his last muggy house anomalies We Stay Together and Passed Me By in 2011, Luxury Problems delves surprisingly close to, er, trip hop.

It is a little unsettling, especially when melded with instrumentation more commonly associated with more current dance music. The use of edited vocals, timbrally rich, re-pitched samples and clouds of compressed, textural sound is strange when applied to a more linear, loop-based and…well, ’90s-ish style.

‘Numb’ starts the album with a breathy female voice whispering melodic snatches of romance, structured and looped into a pulse, the result reminiscent of Flying Lotus’ ‘Roberta Flack’, and Zomby & Reark’s ‘Natalia’s Song’. ‘Hatch The Plan’ takes rotating loops of string harmonics and constantly moving static-washed ambient noise as its bed. Its stoner-bounce beat is bodily engaging, and its sub bass is nauseous and d ‘n’ b-like. Unfortunately the vocals introduced are slightly out of tune, although this is better when choral-like counterpoint is used as an answering phrase.

Biggest surprise of the record definitely goes to title track ‘Luxury Problems’, a Massive Attack-like crushed disco number. As a rapid, Primal Scream-like bass and slightly swung 16th hi-hat provide a cruising groove, fragments of sampled Rhodes phrases (adding to the ’90s-ish reminiscence) punch through at a volume unexpected and out of line with the rest of the elements in the mix in an interesting manner.

These kinds of techniques are the strengths of Luxury Problems. ‘Sleepless’, one of the record’s highlights, is saved from a fairly standard shuffling loop by a heavily compressed house pulse, a vacuum applied around a thumping kick that sucks the listener in, details swirling, such as the cascading high-register chimes rising and collapsing every bar. Much is the same of ‘Expecting’, whose thick, disorienting clouds of internally fitful drones are propelled through a mechanical side-chain squashing.

‘Up The Box’ improves further on this faster pulse, loops of sped-up fluttering percussion around frantic, steady, quick-decay ride cymbals ratcheting up the tension. This drops into a heavily chopped jungle break, creating a somewhat discontinuous and bizarre sidestep, when perhaps the opening crescendo could have been drawn out into much further extremes. The drifting, ambient pads, zipping synth bass and skittering 808 hi-hat of album finale ‘Leaving’ are a refreshing change of timbre for the record – the vast majority focusing heavily on soft grit and artefact-filled processing – although, again, the vocals, delivered in a ‘sacred’ way, seem extraneous and distracting.

The main critique of Luxury Problems would probably be that Stott has used material in a straight-forward way that could actually benefit from far less predictable interactions, even if paired with the effective energy of its simpler, pounding moments. By example ‘Lost and Found’s Helm-like, subterranean harmonic distortion melody is brilliantly original and urgent, its timbre twisting groggily with pitch-shifts, but the combination with aria-like vocals and a fairly safe, loping beat is less exciting. Instead, it is the subtle reorganisation of these parts in a fill just before the 4-minute mark that is quite fascinating. Had the track undergone a more abstract draft, it may have been less comfortable and more compelling, an idea that could be levelled at the album as a whole.

Luxury Problems will, however, still receive its admirers; it is certainly a gorgeous production, and tracks will possibly come across differently in a mix, even if it is not quite what many will have been expecting.